No, the U.S. Does Not Need to Further Militarize Its China Policy 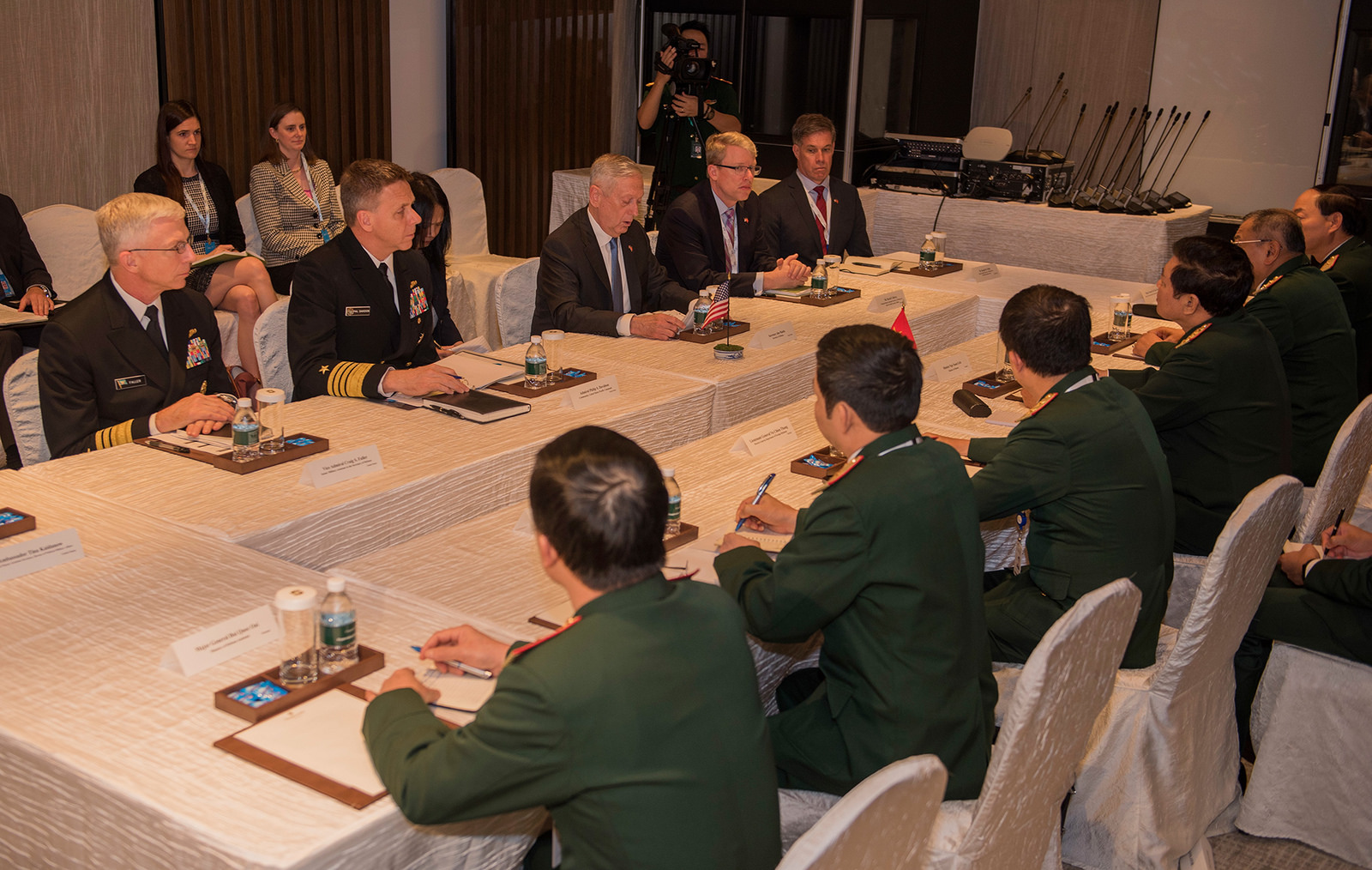 The National Defense Strategy Commission, in a widely-referenced report commissioned by Congress and released in mid-November, claims that the U.S. military has lost its strategic edge, so much so that it constitutes "a full-blown national security crisis.” The report’s argument relies heavily on the “daunting” threat posed by China, insofar as recent advances in Chinese capabilities have eroded the U.S.’ ability to defeat it in a war while simultaneously deterring other powers, notably Russia, Iran, and non-state actors.

In response, although the defense budget will already exceed $700 billion by 2020, the report advocates for annual, inflation-adjusted increases of 3-5%. Failing this, "it may be necessary to alter the expectations of U.S. defense strategy and our global strategic objectives.”

Indeed, it is time for U.S. China policy, and U.S. defense strategy more broadly, to come to grips with reality. The true consequence of globalization and technological innovation, perverse from the perspective of American hawks and ideologues, is the democratization of power and influence: the expansion and maturation of the international trade regime inevitably benefited large and industrious countries such as China, while the development and proliferation of technology necessarily leveled the playing field between the U.S. and countries such as Iran and Russia. The great paradox of the so-called American Century was that it planted the seeds of its own destruction.

In responding to inevitable currents and trends, one normally has two options: resistance or adaptation. The path embraced by this report, whereby the U.S. increases the scope and reach of its military in relation to the collective capabilities of all U.S. adversaries, represents the former.

This strategy has two fatal flaws.

First, it is ignorant of how growing, non-aligned countries perceive the U.S. military umbrella, and inasmuch incites responses that are self-defeating. Whereas the U.S. and its allies view the U.S. military presence in the Asia-Pacific as a benign bulwark for regional order and security, China views it as a critical source of uncertainty and risk as it moves into the ranks of great powers and naturally seeks to expand its global and regional influence. Were the U.S. to use military force to preempt China’s rise, or more likely explicit or implicit threats of intervention to extract concessions (a tactic that current National Security Advisor John Bolton reportedly supports), its “defensive” posture would be rapidly repurposed for offensive purposes.

Americans reject these concerns out of hand as illegitimate, baseless and the product of propaganda-induced paranoia. But even a cursory knowledge of past U.S. actions over the last 70 years shows that the U.S. has felt no reluctance to intervene unilaterally or covertly in order to prevent the rise of a non-aligned regional power that could threaten U.S. dominance. Examples are abundant, but include the 81 instances in which the U.S. has interfered in a foreign election, the (at least) 7 instances in which it directly instigated a coup, and the Vietnam War and 2003 invasion of Iraq.

This history, combined with the post-financial-crisis uptick in anxiety associated with China’s rise and the populist right’s hyper-masculine, ultra-nationalist conception of the use of military force, embodied in President Trump, would reasonably strike fear in the heart of any Chinese leader regarding future U.S. intentions.

American elites would rebuke this by claiming that they only see China as a threat because its policy stances, most notably vis-a-vis Taiwan and the South China Sea, violate the principles of democratic self-rule and the so-called “rules-based international order,” a claim that ignores two things.

First, creating a regional security umbrella, regardless of context, is a reasonable ambition of any great power, and is something the U.S. takes for granted because of its geographic isolation.

Second, that the U.S.’ aforementioned actions have so often violated these same principles sends the signal that its actual concern is preempting any threat to its global hegemony. Therefore, even were China to concede to most U.S. demands, the U.S. would still see its expanding military power and growing global influence as an inherent threat— forcing China to do what it must to protect its national security even if it incites backlash, including preventing Taiwanese independence and militarizing the South China Sea (which, if completed, would provide China with a substantial security buffer).

From this perspective, large annual increases in the military budget based on alarmist cries about the U.S.' inability to defeat China in a conflict would only inflame these concerns and force China to spend more on its own defense budget, thus making U.S. spending increases both self- defeating and self-reinforcing, and paving the way for inevitable military escalation, confrontation, and conflict.

This ignorance of the emotional perceptions of others, rooted in false pretenses of American exceptionalism, has long pervaded U.S. grand strategy and, if left uncorrected, will continue to blind us as we stumble into yet another war.

This strategy’s second fatal flaw is that it is ignorant of how global military hegemony is and has long been in conflict with the demands the U.S. has domestically. Such exorbitant spending crowds out investments in the U.S.’ economic and political institutions, helping to produce a number of unforeseen consequences such as wage and wealth stagnation, a decline in life expectancy, the rise of the opioid epidemic, and the election of Donald Trump, all of which are likely to only worsen over time and which threaten the long-term foundations of U.S. influence and stability.

Nonetheless, the saving grace lies in the fact that the requirements of “adaptation” are directly aligned with these needs.

In a world where power is decentralized and diffuse, states can better and more sustainably exercise influence if they are able to build and maintain coalitions based on foundations of consent, rather than coercion. This requires a leading, innovative economy that can serve as a global hub for trade and the provision of public goods, an attractive culture, mature diplomacy, and consistent policy.

Were the U.S. to reorient the hundreds of billions currently invested in its military to investments in its domestic capacity, not only would this stop tensions with China from spiraling out of control, it would also ensure that America’s economy and society will remain innovative, stable, and prosperous well into the future, curbing the likelihood that Trump-like nationalistic demagogues will be elected.

While, yes, such adaptation would simultaneously require an overhaul of the international security regime, this is inevitable considering that the U.S. will no longer be the world’s sole superpower, that the current structure has been poisoned by the past failings of American hegemony, and that the U.S. needs to begin investing at home. The longer that U.S. elites refuse to recognize these facts, the more likely the story of the 21st century will either be one of a bloody, unnecessary conflict, most likely between the U.S. and China, or one of the slow and gradual decay of U.S. influence.

US hegemony
printTweet
You might also like
Back to Top
CHINA US Focus 2022 China-United States Exchange Foundation. All rights reserved.