Pakistan: Between China and the US 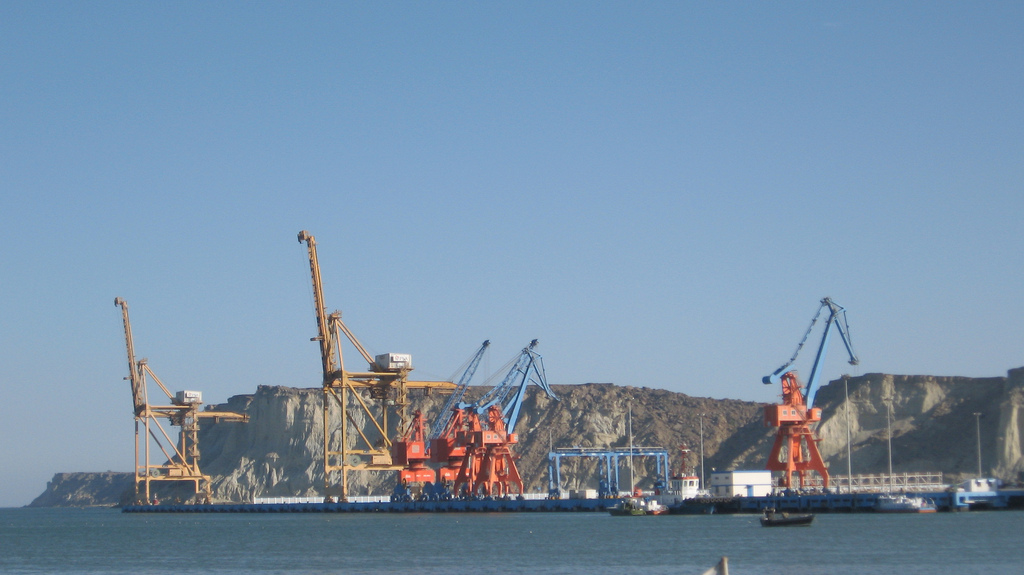 The vision of a ‘naya’ (new) Pakistan enunciated by Prime Minister Imran Khan, chairman of Pakistan Tehreek-e-Insaf (PTI) party, faces seemingly insurmountable challenges. The new government has inherited poor relations with India, continuing conflict along the Af-Pak border, intractable internal security challenges, a failing economy with huge external debt, and a steady souring of relations with the U.S. It also faces the possibility of cooling relations with China.

By accommodating and promoting the geostrategic interests of China and the United States in Southern Asia over several decades, Pakistan made itself virtually indispensable to both. However, the Trump administration is unwilling to continually accept the Pakistan Army’s doublespeak. The Pakistan Army has been fighting Jihadi extremists, who are an internal security threat – such as the Tehrik-e-Taliban Pakistan (TTP) – while simultaneously aiding and abetting those who fight U.S. and Afghan forces like the Haqqani Network. The U.S. has drastically curtailed military aid. Additionally, China has entangled the country in a web of debt accompanying the China-Pakistan Economic Corridor (CPEC) (this development has been ignored by the Punjabi-dominated government as most of the benefits would accrue to Punjab).  China intends to make CPEC the flagship project of its ambitious Belt and Road Initiative (BRI), conducted to facilitate the expansion of its sphere of influence in keeping with President Xi Jinping’s “Chinese dream” of national rejuvenation.

The China-Pakistan relationship, called an “all-weather friendship,” has been variously described as “higher than the mountains, deeper than the oceans, stronger than steel, and sweeter than honey.” China has provided nuclear warhead technology and ballistic missiles to Pakistan. The two countries have also leveraged their close relationship to jointly manufacture military hardware, including fighter aircraft and battle tanks. Pakistan’s support has been a major factor in China’s quest to strategically encircle India. The relations between the two have deepened further as the CPEC has begun to take shape, even though apprehensions are rising in Pakistan regarding the feasibility and likely benefits of the project.

Passing through disputed territory in Gilgit-Baltistan and Pakistan occupied Kashmir (PoK), the $62 billion CPEC project will link the Chinese province of Xinjiang with the Gwadar Port on the Makran Coast, west of Karachi. As part of its ‘string of pearls’ strategy, China has been engaged in accruing port facilities along the rim of the Indian Ocean. There is little doubt China hopes that in future, Pakistan would provide logistical support facilities to the PLA Navy, enabling operations in the northern Indian Ocean.

However, doubts have been expressed regarding the economic viability of China using Gwadar as a warm water port. Funds for this ambitious project will be provided by China, through both the Asian Infrastructure Investment Bank (AIIB) and by way of direct government-to-government soft loans. For example, to help China recover its capital investment in the Gwadar Port complex, it will get a 91% share of the revenue from the operations of the port and terminal, as well as 85% of the revenue generated by the free trade zone. Under this arrangement, though the port is expected to handle one million tonnes of cargo annually, the sentiment in Pakistan is that benefits will mainly accrue to the Chinese. Also, there are misgivings within Pakistan regarding the possibility of a “debt trap” resulting from the huge CPEC investment. The Pakistani elite are no doubt watching the disaster that Belt and Road related-developments have been for Sri Lanka, with China acquiring de facto possession of both the port and airport at Hambantota after Sri Lanka was unable to repay its debt.

Pressure on Pakistan to Act Against the Taliban

U.S. and Pakistani interests coincided during the conflicts against Communism, leading to  Pakistan’s invitation to join both the Central Treaty Organization (CENTO) and the Southeast Asian Treaty Organization (SEATO). The U.S. has been a major supplier of modern weapons and military equipment to Pakistan, including F-16 fighter aircraft, provided ostensibly for counter-insurgency operations and to support the Pakistan army in its efforts to maintain stability against a potential Jihadi takeover of the country. In recent decades, military aid was also provided to encourage Pakistan to conduct operations against the Afghan Taliban; however, Pakistan failed to act decisively.

As had been widely anticipated, President Trump put Pakistan on notice for encouraging terrorist organizations to destabilize neighbouring countries, blaming Pakistan for creating “safe havens for terrorist organisations, the Taliban, and other groups that pose a threat to the region and beyond.” Trump told Pakistan that it has “much to gain” from partnering with the U.S., but also warned the country that “it has much to lose by continuing to harbour criminals and terrorists.” Since 2002, the U.S. has provided security assistance worth approximately $33 billion to Pakistan. For fiscal year 2019, this has been reduced to $150 million, with other changes including cuts related to the participation of Pakistani officers in training programmes. In addition, the U.S. warned the International Monetary Fund (IMF) not to approve a new bailout package for Pakistan, as it feared new loans would be used to repay Chinese debt.

Estrangement with the U.S. is likely to further propel Pakistan into China’s arms. Russia too is waiting in the wings to exploit the emerging situation to its advantage, providing military equipment to Pakistan and even offering to train Pakistani officers to fill the gap created by the restrictions imposed by the Pentagon. Iran, which is also facing tougher U.S. sanctions, has invited Pakistan to join hands for the development of Chabahar Port, which would provide a new route to Afghanistan and the Central Asian republics.

Gwadar is an important foothold for China’s ‘String of Pearls’ strategy for the Indo-Pacific. If Gwadar Port is converted into a naval base in the future, it will enable the PLA Navy to maintain a permanent presence in the Arabian Sea and the Gulf of Oman. Both China and Pakistan view the development of Gwadar Port as a win-win situation.

However, the new challenge posed by China in the Indo-Pacific is unlikely to go uncontested. In a declarative move, the U.S. has renamed its Pacific Command as the “Indo-Pacific Command,” highlighting a new focus on the region. In November 2017, senior officials of Australia, India, Japan, and the U.S., meeting on the side-lines of the East Asia Summit in the Philippines, agreed that a “free, open, prosperous and inclusive Indo-Pacific region serves the long-term interests of all countries in  the region and of the world at large.” This development led to speculation that the idea of a Quadrilateral Security Dialogue (also called the Quad) is being revived after a hiatus of ten years. Though India does not currently favour a formal security arrangement, the Quad’s focus on cooperative security would likely lead to strategic realignment in the Indo-Pacific.

With its growing investment in infrastructure projects in Pakistan and increased numbers of its citizens on Pakistani soil, China will have a greater stake in regional peace and stability and could, if it so desired, play a positive role in helping to resolve a future crisis of any kind in South Asia. However, should China continue its quest for domination and choose to play a more strategic role in the Indo-Pacific, it will only add to the tensions that are already building up.