Preparing for the US-China Summit

On June 7-8, international media and analysts of world affairs will train their attention on the remote desert near Palm Springs, California—where 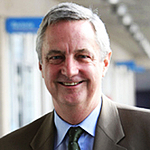 To be sure, there have always been problems between the U.S. and China—but they have seemingly grown deeper over the past three years. New problems areas such as (alleged) Chinese cyber hacking of American corporations, media, think tanks, and government have risen near the top of Washington’s agenda—while Beijing suspicious view the Obama administration’s strategic “pivot” to Asia tops its agenda.

Beneath these primary concerns lie a plethora of other difficult issues—ranging from North Korea and Iran to trade and reciprocal investment frictions to climate change and other global governance issues. As a result, average Americans and Chinese now hold very suspicious views of each other—according to the most recent Pew poll 68% of Americans said they could not trust China “much or at all,” while Chinese who regard America favorably has fallen to 43%. The Pew poll also discovered that significant majorities in both countries now see the bilateral relationship as predominantly “competitive.”

While the two presidents will undoubtedly canvass the broad-ranging agenda between the two governments, and their respective staffs are undoubtedly preparing lengthy “talking points” on a variety of issues, the two leaders would be well served to not get too bogged down in these specific troublesome issues. What is badly needed is a more philosophical summit meeting, where the two leaders (who have only met once previously) exchange views about the direction of their respective nations, their governmental priorities, and the state of the world. As Chinese president Xi himself observed in meeting Obama’s National Security Advisor Thomas Donilon this week: “The current China-US relationship is at a critical juncture…” This is no overstatement.

President Xi has also repeatedly called for the two nations to establish a “new type of great power relations”. This too is an admirable goal, as history is replete with rising powers clashing with established powers, but the two presidents would do well not to get hung up on finding a new aspirational slogan to characterize the relationship—and concentrate rather on the substance and future of the relationship. Too often in the past, and usually at the insistence of the Chinese side, US-China summit meetings have produced hollow slogans that are disconnected from reality and devoid of substance. Thus, suggestion No. 1 for the summit is to stay away from slogans and stick to substance.

Suggestion No. 2 is to be honest—with each other, each nation’s publics, and the world. In my view it is not helpful to pretend that the Sino-American relationship is characterized by agreement and cooperation—when this is not the case. It is widely recognized by various experts in both countries that the relationship is now predominantly competitive and secondarily cooperative. While it has always been a combination of these two features, the balance between these two features has shifted in recent years. Washington and Beijing now compete strategically, militarily, economically, diplomatically, politically, culturally, and ideologically.

This is not to say that cooperation does not exist between the two sides—as it does in several spheres (educational exchange, energy and environment, anti-piracy, counter-terrorism, combatting organized crime, perhaps now North Korea, and on some other issues)—and the agenda for cooperation desperately needs to be expanded. But the competitive side of the ledger is longer and deeper. While it is not yet a global geostrategic competition, such as between Washington and Moscow during the Cold War, regional strategic competition in the Asia-Pacific region definitely exists. The Obama administration’s “pivot” (or “rebalancing”) policy has contributed to this strategically competitive dynamic (no matter how justified it is by the concerns of American allies and nations throughout the region).

As such, Presidents Xi and Obama need to refocus their private and public discourse on how to manage competition while maximizing cooperation. Competition between the two sides is now a fact of life, the “new normal,” and is entirely predictable given the history of rising vs. established powers and the very different political systems and strategic interests of the US and China. Thus, being publicly honest about this competitive dynamic (rather than denying it) is the first step towards effectively managing it.

Suggestion No. 3 is to recognize each side’s vulnerabilities. The United States is not as strong as it has been in the past and it is beset by numerous domestic problems. Its domestic political and fiscal constraints also restrict Washington’s ability to act with purpose on the world stage. China too faces enormous and daunting problems at home, and is far from becoming a true global power. Yet, in both countries, there are those who exaggerate their nation’s power. Fortunately, both presidents seem to have a sober sense of their own nation’s vulnerabilities—but the task is for them not to exaggerate the other’s power and thereby extrapolate incorrect intent.

When they meet in California, it would be useful if the two presidents grasp these three suggestions and focus on the “Big Picture” in US-China relations: to maximize cooperation, manage competition, and restrain the drift towards an adversarial relationship.

David Shambaugh is Professor of Political Science & International Affairs, and Director of the China Policy Program at The George Washington University, as well as a Nonresident Senior Fellow in the Foreign Policy Studies Program at the Brookings Institution in Washington, DC.