The “Duterte Phenomenon” and the U.S. Factor

Philippine President Rodrigo Duterte, just over 100 days into his presidency, has talked a lot about his foreign policy. Most of his talk has involved Philippine-US relations, and were critical of the United States. More recently, Duterte vowed to put an end to joint maritime patrols and military exercises with the US in the South China Sea, and to get rid of Philippines’ over-dependence on its alliance with the US. He disapproves of confrontation with China and supports a soft landing or peaceful solutions to the thorny disputes between the two countries, and stands ready to form “trade alliances” with China and Russia. Chinese and foreign media all had extensive coverage about Duterte’s remarks. 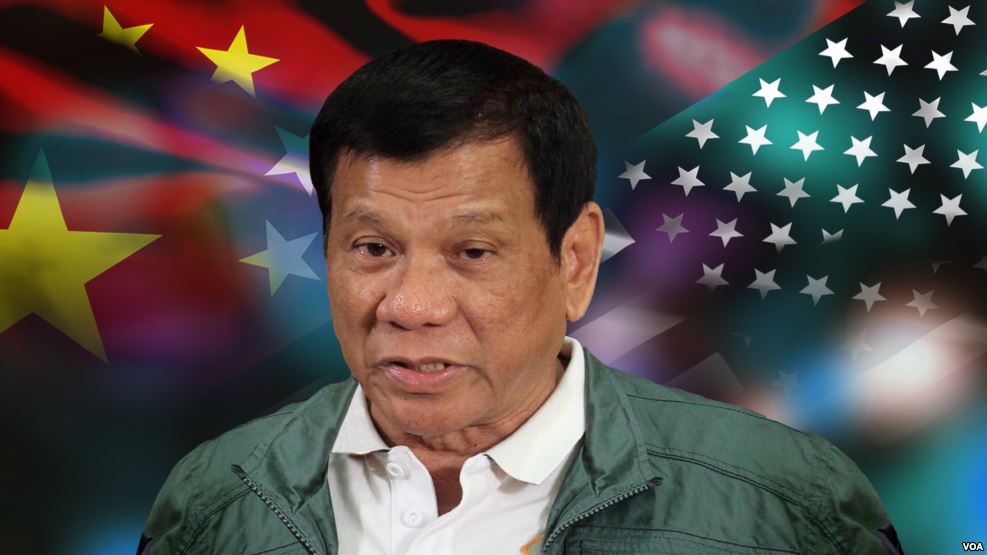 In reporting those remarks, US and Japanese media clearly tried to portray Duterte as a political figure who is not reliable, talking tactlessly, acting like an unguided missile, and as big-mouthed as US Republican presidential candidate Donald Trump. Such descriptions of Duterte, if not evil-intended, are at least misunderstandings about or disrespect for the president.

In fact, Duterte knows well what he is talking about, and is generally recognized as a “guided missile” with a set direction. He apparently is a patriot who always gives top priority to the national interest. His diplomatic strategy is also clearly-defined: He pursues an independent foreign policy, he does not hate the US but dislikes US attempts to meddle into internal affairs or to tell the Philippines what to do, and he is not willing to act like a puppet for the US. On the China-Philippine relationship, he doesn’t want confrontation, hopes to have a “soft landing” (engaging in direct talks and settling disputes peacefully), and wants to develop friendly and cooperative relations with China. He has launched a war on drugs and vowed to solve the serious drug problem in the Philippines. He is a man of responsibility.

Some have coined a phrase -- the “Duterte phenomenon” -- to describe him and the ways he talks and acts. The emergence of the “Duterte phenomenon” seems to be something accidental, but it is actually the natural outcome of changing times and the consequence of the US style of trying to command or have the final say in everything. By examining what was happening in Turkey and Saudi Arabia recently, and the changes in US relations with these countries, people would be able to understand why and how the changes in US-Philippine relations evolved. A New York Times report on Oct 10 correctly asid some real and probably historic changes have taken place in Philippines’ foreign policy. A recent Washington Post op-ed said that Duterte poses “a major and unpredictable challenge” to the US. An Australian scholar also said the US should learn a lesson from the “Duterte phenomenon”.

Generally speaking, the “Duterte phenomenon” runs against US strategy, doesn’t conform to the American mindset and makes the US feel hurt. But the US has stayed smart and cautious in dealing with Duterte, and did not choose to confront him directly. US leaders and high-ranking officials all stressed that the longstanding US-Philippine alliance has been broad and stable. Why does the US act like this and what does it want to achieve? Only the US knows the answer. There have been speculations that the US was planning a military coup in the Philippines, or planning even to assassinate Duterte. But Duterte seems to have made full preparations for any outcomes. It is hoped that they were just speculations, because no one would believe that the US would be so foolish as to devise such plans.

The state visit to China by Duterte is an important event in China-Philippine relations, and will contribute to restoring the bilateral friendly relations to a new normal. With the visit, China and the Philippines will work together to elevate bilateral ties to a new high, and will seek a “soft landing” for disputes that allows the two sides to gradually solve them.

As for the Philippine-Japan relationship, some Japanese and US media claimed that China is very much worried and concerned about it. People would naturally question the real motives behind such claims, because China is not, and has no intention to become, a hegemony power like the US. The Philippines could develop relations with any countries, and China will remain supportive if their relations are normal. China has always insisted on the principles of equality and mutual benefit, win-win cooperation, non-interference in internal affairs, respect for diverse culture and civilization, and common development, respect for each country having the right to choose its own foreign policy and development path. For the neighboring countries, these principles are particularly true and applicable. Leaders of China’s neighbors, Duterte included, all have a clear and firsthand understanding about these principles. When Duterte pays his state visit to China, he brings several hundred businesspeople with him, and this shows the importance and hopes he attaches to the visit.