The Taiwan Travel Act is Counterproductive 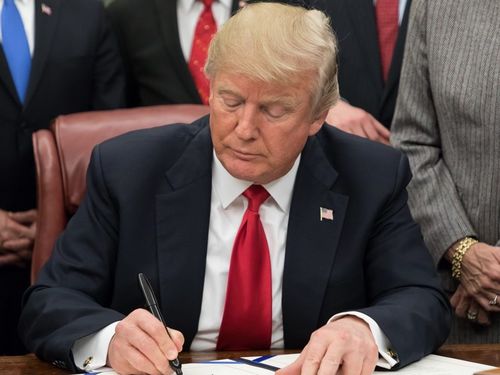 The Taiwan Travel Act (referred to as “the Act” hereafter) was signed into law by US President Donald Trump. Though not legally-binding, it shows the US is flirting with the idea of pursuing engagements with the Taiwan authorities in a more substantive and official manner. The Act represents an act against the trend of history and a grave interference in China’s domestic affairs. Though it is not the first time that the US has backpedaled on its stated position on the Taiwan question, it reflects the erosion of political ethics in American foreign policy. If anything, the Act only underlies the urgency of addressing the Taiwan question for all the Chinese people, including compatriots in Taiwan.

First, the Act attempts to push Chinese mainland to further clarify the legal status of Taiwan, including its status in the Chinese legal system and in the international legal system. Chinese mainland has always maintained that the Taiwan question should be addressed through peaceful consultation under the framework of the 1992 Consensus. That is the only viable option to end the stalemate spanning six decades because it respects the fact that there is only one China, and also acknowledges the existence of the Taiwan authorities. These authorities operates under a Constitution that was instituted on the mainland in 1946, though it was revoked on the mainland in 1949.

The Taiwan Relations Act, Taiwan Travel Act and other legislative efforts by the US attempt to treat Taiwan as a state de jure, and develop de facto “state-to-state” relations with Taiwan. These actions will narrow room for maneuvering in cross Straits relations. As legal procedures are cumbersome and difficult to reverse, if and when differences among the key stakeholders escalate and come to a head, the only option left for China would be to change the status quo, so that the Taiwan Travel Act is no longer applicable.

Second, the Act may push the Chinese government to take further action to ensure the “One China” principle is enshrined and upheld in international laws. The Act is a grave violation of the One China principle and the three joint communiqués between China and the US, hence undermining the political foundation of China-US relations with severe negative ramifications internationally. As a consequence, the Chinese government will have to take further actions to better define the bottom line so that the Taiwan authorities would not dare to transgress. Due to diminished trust between the two parties across the Straits, the more prescriptive the international law and code for conduct could become, the less room for Taiwan authorities to take part in international affairs. In a word, legal “grey area” that gives Taiwan room for limited engagements in international affairs would be further diminished.

Third, the Act may force the mainland to consider non-peaceful means to solve the Taiwan question. Since 1979, the mainland has been exploring means under the “peaceful reunification, one country two systems” principle. “Peaceful reunification” has been incorporated into documents of the Communist Party of China, the National People’s Congress and government laws and regulations as well as administrative documents, which demonstrated the sincerity and resolve of the mainland to solve the Taiwan question through peaceful means. For that to happen, both sides need to sit down for negotiations on an equal footing to sort through the legal arrangements based on the “status quo” and the governance structure when reunification transpires. But the Act sends the wrong signal and only serves to embolden the separatist forces in Taiwan, who have taken more brazen actions, such as amending the local laws and legislation or seek new interpretation, to advance their “Taiwan independence” agenda, or even go so far as to suggest “referendum on Taiwan independence” to institutionalize “Taiwan independence”. If the Act leads the separatist forces to take further reckless actions in an attempt to seek independence, the public opinion on the mainland will rally around tougher action, and when the Chinese government regards all means for peaceful reunification to have been exhausted, article VIII of the Anti-secession Law of China could be applied, in which scenario a peaceful solution to the Taiwan question would be elusive.

In the wake of the enactment of the Act, separatist forces in Taiwan have already felt they found new strength. Lai Ching-te, the Executive head of Taiwan, claimed publicly in Taiwan’s “legislative body” that the province is “sovereign and independent.” This is against the trend of history, against the will of the Chinese people and puts the island in great jeopardy. People in Taiwan also find Lai’s statement repulsive. The PLA conducted live fire drill in areas around the South China Sea and Taiwan Straits, as a show of determination and ability to defend China’s sovereign integrity against “Taiwan Independence” separatists and foreign interference. China will only employ military actions against those who attempt Taiwan’s secession from China, and those who seek to interfere in China’s internal affairs. China will do its utmost to defend the interests of the Chinese nation and the will of the Chinese people. Any attempt to secede Taiwan from China will meet the full strength of the Chinese people, and be consigned to the wrong side of history.