U.S. and Russia on the Verge of “New Cold War”

Recent months have seen confrontation and tensions between the US and Russia mounting to a new high, as a result of full-blown escalation of sanctions and containment moves against Russia by the US, which claims that Russia has failed to honor the Minsk ceasefire agreement, which was met with fierce countermeasures from Russia. 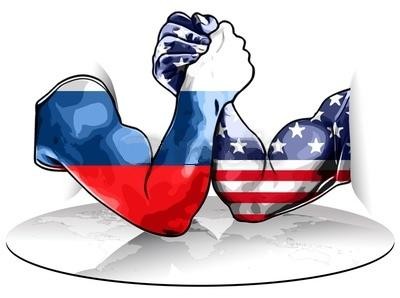 The tough economic sanctions by the US have hardened into a consistent policy. Likewise, the European Union announced on 22 June that it would extend sanctions against Russia by a year. Understandably, the combined effect of these sanctions would further tighten the economic noose on Russia’s neck. Russia responded tit-for-tat, announcing its counter-sanction measures would be extended by a year. In the meanwhile, military tension between the two sides further intensified, with increasing military build-up at the Crimea border, compounded by frequent large-scale military exercises and belligerent surveillance-ship encounters. Additionally, the US is planning to deploy heavy weapons in NATO ally states sharing a border with Russia, and NATO has decided to expand its rapid-response forces from 13,000 to 40,000. After its defense ministers’ meeting on June 25, NATO announced multiple plans to increase its military presence and engage in institutional reforms in an aim to amplify NATO’s military advantage against Russia, indicating military escalation may be in the offing. In an even more perilous sign, Russia and US-led allies are sliding into nuclear deterrence as part of the overall confrontation strategies, threatening to up the ante for both sides. The Western media described the current relations between Russia and the West as at a critical point leading to a “New Cold War”.

Admittedly, NATO’s military moves and strategies against Russia are primarily orchestrated by the US, and even the EU’s decision to continue sanctions against Russia seems to follow the harsh tone adopted by President Obama at the G7 Summit. In essence, the heightened tension between Russia and the US is but a testament to the escalating geopolitical rivalry and strategic containment between the two powers.

The latest escalation in strategic rivalry was triggered by the Ukraine crisis, but it was the inevitable consequence of the intensified containment strategy against Russia. Even in the post-Cold War era, when the former Soviet Union was consigned to history, the US did not cease to regard Russia as a major strategic rival, and continued to contain its international space by nibbling at the old Soviet Union’s sphere of influence, culminated with the “Color Revolution” in Ukraine and ultimately a regime change. The real motive: erode Russia’s strategic space, or even engineer “zero presence”, by unraveling its great-power status as well as its ability to counter the US and other Western powers. Russia had shown restraint towards rounds of eastward expansion by NATO, but US encroachment on Ukraine, a vital strategic buffer zone that shares fraternal relationships with Russia, turned out to be the last straw that prompted a fierce backlash from Russia, thus breaking the security status quo. The U.S. crossed a red line by seeking to turn Ukraine into a bridgehead for counterbalancing Russia in the region and even integrating Kiev into the US sphere of influence.

The US pursues increasingly aggressive strategies against Russia partly because it perceives Russia’s national power as too diminished to wage a meaningful fight, and now it has to face the music. In the meantime, there are other underlying factors at play.

First, Russia has inherited the military strength of the Soviet Union, and the two countries are on par as two nuclear powers, hence mutually assured “nuclear terror” destruction has been maintained. Recently, a former high-ranking Russian official said that the country had the ability to “wipe the US off the face of the planet” in a few dozen minutes. The US regards Russia as a simmering security threat, and is keen to blunt its “nuclear teeth” through containment.

Second, the US deems Russia as an inherently expansionary power. President Obama accused President Putin of attempting to “recreate the glories of the Soviet empire”, suggesting that Russia was working to restore the sphere of influence of the Soviet Union to compete for supremacy with the US. Consequently, the US must take preemptive actions to forestall Russia.

Third, President Putin defied sweeping reforms modeled on the Western political and economic architectures, and followed a different path based on Russia’s circumstances. Russia was deemed as a heterodox state, and under persistent pressure from the U.S., hoping to influence the course Russia pursued.

Fourth, Russia stands for a multi-polar world, as opposed to a hegemonic system, which goes against the grains of the global system sought by the US. Washington stands poised to adopt containment strategies against Russia so as to maintain its supremacy as a hegemonic power.

There are excuses galore for a biased mind. US accusations against Russia are merely a security-concern myth. Russia has never done anything on its own to provoke the US or its allies. Rather, it is the US that takes preemptive actions against Russia, including the latest tensions surrounding Ukraine. The US accused Russia of aggravating the Ukraine crisis, but on the other hand it went so far as to dispatch legions of experts to help the opposition armies in Ukraine with their military training, adding fuel to the ongoing tensions in the region, and severely violating the spirit of the Minsk agreement.

It is unlikely that the US and Russia would go down the path of a military showdown, but the confrontation between the US-led bloc and Russia is sure to continue or escalate. This augurs a zero-sum outcome for all stakeholders, and severe negative scenarios for the European region and the world at large. The solution rests with the key players. All parties concerned must exercise restraint, act with reason, and accommodate each other’s concerns, in order to take the heat out of the confrontation between the West and Russia. Fundamentally, the Cold War mindset must be dispensed with, and US should banish the thought of turning Ukraine into another “satellite state” of the West. Instead, it should start working on Kiev authorities to adopt a more neutral stance, away from their lopsided inclination towards the West while alienating Russia. This represents the only solution, and too much is at stake not to give it a chance.