UN Budget Distribution Must Be Fair and Equitable

According to a report by the Sankei Shimbun, it is estimated that Japan’s share of UN contributions will drop to 9.68 percent in the regular annual budgets from 2016 to 2018, still the second-largest contributor after the United States. In the meanwhile, China’s contribution is projected to rise markedly to 7.92 percent from 5.15 percent in the same period, elevating it to the third-largest donor from the sixth. 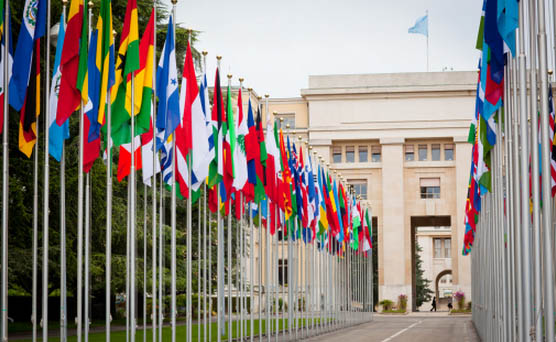 This proposed contributions adjustment represents a controversial major change, which is yet to be finalized. In response, China’s Permanent Mission to the United Nations made a fact-based and principled statement, which emphasized China’s commitment as a responsible major developing country, and explained China’s stance in an impartial and objective manner.

The UN budget contribution has been the subject of heated discussions and debate in recent years, and China’s stance on the issue is as follows:

First, the regular budget share should be determined by a country’s paying capacity. Any country should pay their share of the contributions on time, in full and unconditionally, in line with the scale of assessment conducted by the UN. The scale of assessment should take into account the economic development level of a country, and avoid overestimating any developing country’s paying capacity simply because of its development potentials, without due regard to its gap with developed counties in per capita terms. In sum, the “low per capita income reduction” formula should prevail.

Second, the peacekeeping budget distribution mechanism should be equitable and reasonable. Guided by the common but differentiated “collective responsibilities” enshrined in the resolutions adopted by the UN General Assembly, the Permanent Five should bear special responsibilities that exceed their distributed share under the regular budget scale of assessment, developed countries take up more financial responsibilities, while less developed countries can pay less and developing ones are entitled to reductions when necessary.

Third, the calculation formula should remain consistent. Though not perfect, the current formulas for both the current and peacekeeping budgets are hard-won outcomes after prolonged and arduous negotiations. The formulas balanced and accommodated concerns of various parties, and have been trialed and proven in practice, therefore there is no reason to disrupt their application.

Fourth, discussions should be conducted in the spirit of mutual understanding towards consensus-based solutions. Any discussion or negotiation should be done in an open, inclusive, democratic, and transparent manner that accommodates concerns of various parties, and we should avoid politicizing the issue, nor bias against any party. All stakeholders should work towards the same goal on the basis of mutual respect and patient negotiations, in order to seek a solution that is acceptable to all.

As a matter of fact, even under the current formula, China’s share of contributions for 2016-2018 on both counts will increase significantly. In spite of its economic size, China remains a developing country in every sense of the word due to its low per capita level of growth. China, therefore, is opposed to any attempt to elevate its share relative to that of other developing countries, and will not accept an assessment that exceeds China’s paying capacity. China is ready to pay its due share of the UN contributions in full, as long as the method of calculation is fair, equitable and proportionate, as well as fulfill its special responsibilities as a P5 country in terms of peacekeeping contributions.

The international community should take a comprehensive and objective assessment of China’s national strength. Thanks to its reform and opening up, China has become the second-largest economy in the world, enabling more and more of its 1.3 billion population to shake off a life of want, and achieve one of relative affluence. But we must bear in mind that China is still the largest developing country in the world, and in per capita terms, its GDP is just 1/7 that of the US, and only 2/3 of the global average, ranking about the 80th in the world. China is still home to 70 million poverty-stricken people, and 85m people with disabilities. The World Bank raised its poverty-line standard recently, which will put more people into that category, and hence a notable increase in China’s population living in poverty.

As a developing country, China takes its international responsibilities seriously and has contributed generously to UN peacekeeping missions and assisted other developing countries in their development. At the just concluded UN 70th Anniversary Summits, Chinese President XI Jinping announced a series of new measures, including setting up a China-UN Peace and Development Fund, and a South-South Cooperation Fund. In addition, China will exempt inter-governmental concessional loans owed to China due by year end 2015 by LDCs, landlocked developing countries and small island countries. In the next five years, China will provide assistance to other developing countries under the “Six 100” scheme, covering areas such as poverty alleviation, agriculture, trade, ecological protection, climate change, health care, and education and training. The Chinese government will put action behind its words, and continue to play a constructive role in the global cause of development under the framework of South-South cooperation.

To sum up, China will not bear undue and excessive financial burdens, nor abuse its goodwill in terms of the UN budget. Rather, China will faithfully fulfill its due obligations as a responsible country, in light of its own financial strength and based on fair and equitable scale of assessment. For the regular budget, China’s low per capita GDP must be duly and fully considered; for the peacekeeping budget, China is ready to fulfill obligations assigned to P5 countries. When it comes to fulfilling its international obligations, China’s approach is both principled and pragmatic, as China remains a developing country, while it makes a point of being responsive and flexible to keep pace with evolving situations. China’s pragmatic and credible approach stands in stark contrast with that of the US and Japan. Japan has been dwelling on the fact that it is the second-largest contributor to the UN budget, so much so that it is akin to complacency and an attempt to trade for political gains. The US, a country in chronic arrears, has abused the contributions payment as a leverage to hector other countries into subordinating to its political will, which is a selfish course of action.

UN
printTweet
You might also like
Back to Top
CHINA US Focus 2018 China-United States Exchange Foundation. All rights reserved. Disclaimer