Unraveling Obama’s Legacy: Is Trump’s Asia Tour a Pivot Away from Asia? 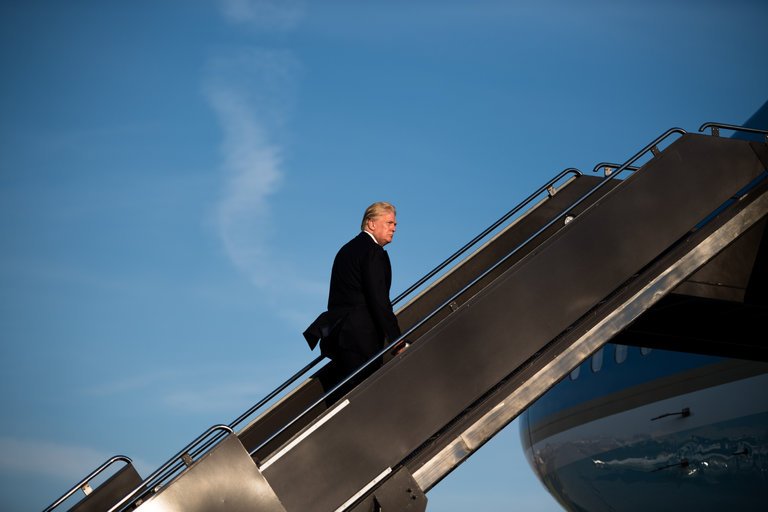 In just a few weeks’ time, Donald Trump is set to embark on his second major international trip since this past summer, when he visited the Middle East and Europe. Starting on November 2nd, Trump will embark on a nearly two week trip to the Asia-Pacific region, where he will meet with regional leaders, reaffirm alliances with countries like Japan and South Korea, and call to further mitigate the growing threat that North Korea poses to the region and the world.

However, despite the White House’s release of an official itinerary, it is unclear as to what will actually happen during this vital tour. This trip serves as a significant opportunity for Trump and his administration to reaffirm the United States’ historic commitments to its allies, as well as to reassert itself as a residential power in the region. Since the campaign trail, Donald Trump has proven to not only be one of the most unorthodox presidents— be it in his tendency to frequently air his professional and personal grievances or to take foreign policy to social media— but also to be one of the most unpredictable. On several occasions, Trump has gone as far as to undermine his own military leaders, as well as his own Secretary of State, Rex Tillerson.

These actions, combined with several others like suggesting that allies like Japan should pay more for U.S. security guarantees, criticizing China over not reigning in its neighbor North Korea and engaging in an ever growing war of words with Pyongyang, beg the question: Does the Trump Administration plan to pull back and disengage with the region, potentially as a way to undermine Barack Obama’s legacy?

During Barack Obama’s time in office, the administration adopted a policy stance that became known as the ‘Pivot toward Asia’. The “pivot” refers to the United States’ plan to begin to refocus its military, financial, and diplomatic capital away from the Middle East and Europe and towards the Asia-Pacific. The policy agenda came in part as a nod to the growing economic base and markets of the region. To build off of this, the Obama Administration created the Trans Pacific Partnership agreement (TPP), a free trade deal that would include over a dozen countries in the region as the largest U.S. free trade agreement, seeing over $905 billion in U.S. exports. However, the TPP wasn’t designed just as a massive trade deal, but also as a check on China’s growing power and influence in the region. China’s increasing assertiveness in the South China Sea is one such example, as is President Xi Jinping’s consolidation of power during the recent Community Party Congress.

Since Trump has been in office, he has withdrawn the United States from the Trans Pacific Partnership, which is a major blow to Obama’s legacy in the region. Aside from this, there is little evidence to suggest that he or his administration have any further plans to pivot away from involvement in the region, especially in light of the escalating tensions with North Korea. That said, that does not mean a pivot away from the region has not been perceived already. Recently, the White House announced that Trump would be skipping the East Asia Summit in the Philippines, a key meeting with dozens of regional leaders. The White House spokesperson explained, “The President’s trip to Asia is extremely lengthy and will be his longest to date – his return to the U.S. on the evening of Nov. 13 is entirely schedule-driven” in what is most likely an attempt to deter potential rumors that this sudden change in plans is politically driven as opposed to being purely technical.

Speaking about Trump’s decision not to attend the summit and to cut his trip short, Derek Mitchell, the former U.S. ambassador to Burma, recently said, “Multilateralism in Asia is often just about showing up, but even that appears to be hard for him.” Ultimately, Trump’s decision not to attend comes from a place of ignorance, not from one of policy or diplomacy. If there is to be a pivot away from the Asia Pacific, it will be due to Trump’s disinterest and lack of understanding of the geopolitical and strategic role the U.S. has historically played in the region, not from a place of rationality or coherent policy.

Largely speaking, Trump will not pivot away from the Asia Pacific— at least not militarily— as long as North Korea remains a threat. His Asia tour will, at the very least, leave many with a sense of continuity. What we may see, however, is a decline or plateau in U.S. involvement in areas such as diplomacy and encouraging American values, such as human rights. There have already been two cases to suggest this. Firstly, Trump’s relationship with Philippine President Duterte, who is known for an anti-drug campaign featuring extrajudicial killings, is much better than Barack Obama’s. This is largely due to the fact that Trump has not criticized Duterte’s harsh actions. Secondly, Trump has hosted Thailand’s Prime Minister, who took power in 2014 via a military coup and has been resistant to returning the country to a democratic system. This has prompted criticism from human rights groups. Should Trump continue this type of diplomacy in the region – or in some cases lack there of – the contrast between his legacy in the region and Obama’s will be stark, with Trump’s being one that threatens to unravel the historic continuity of U.S. involvement and overall U.S. presence in the region.

Donald TrumpTrump and China PolicyAsia-PacificTrump China Visit
printTweet
You might also like
Back to Top
CHINA US Focus 2018 China-United States Exchange Foundation. All rights reserved. Disclaimer