At a press conference on March 30, Chinese spokesperson Lu Kang announced that Chinese President Xi Jinping would visit U.S. President Donald Trump at his Mar-a-Lago property in Florida from April 6-7. Just 70 days after of his presidential inauguration, Trump invites Xi to visit him, which is something unprecedented and a good sign for future China-US relations. 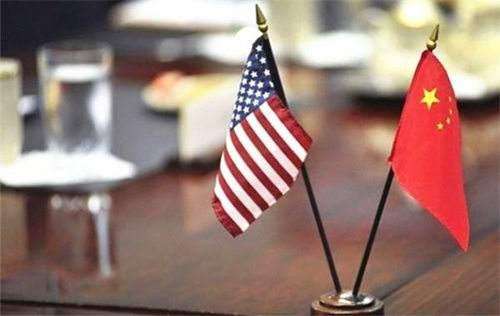 At a moment when Trump wants to shake off his domestic plight and Xi wants to solve uncertainty in China-US relations, the summit may satisfy both Trump’s and Xi’s needs. Although Trump wrote in his tweets, “The meeting next week with China will be a very difficult one in that we can no longer have massive trade deficits and job losses”, I am quite optimistic about the summit for the following reasons.

The acceptance of “no conflict, no confrontation, mutual respect and win-win cooperation” principle has laid a solid foundation for China-US cooperation.

The principle was put forward by President Xi in 2012 but was never formally accepted by the Obama administration, thus making China-US cooperation difficult and limited. While visiting Beijing on March 18, 2017, U.S. Secretary of State Rex Tillerson said that “the U.S. side is ready to develop relations with China based on the principle of no conflict, no confrontation, mutual respect, and win-win cooperation”, which means the Trump administration has formally accepted the principle and laid a solid foundation for future cooperation. The acceptance of the principle has at least achieved three effects: mutual suspicion decreases, mutual trust increases; consensus increases, divergence decreases; desire to cooperate increases, willingness to confront decreases. With such a foundation, China and the US have no reasons not to expand their cooperation.

The potential for China-US cooperation is comprehensive and enormous.

First, China-US cooperation can be enhanced and expanded. China and the US can not only enhance their cooperation on the North Korean nuclear issue, countering terrorism, anti-proliferation, food security, prevention and control of epidemic diseases, but also open new areas such as space, cyberspace and the One Belt One Road initiative (OBOR) for cooperation. For example, China and the US can deepen cooperation on the North Korean nuclear issue — with China putting more pressure on North Korea and supporting a US military strike and the US negotiating a peace treaty with North Korea and not deploying THAAD in South Korea — and initiate cooperation in space, cyberspace and OBOR (e.g., joining the Asia Infrastructure Investment Bank).

Second, China-US cooperation is complementary. China has the longest high-speed railway (over 20 thousand kilometers) and best high-speed train technology, the largest foreign currency reserve (about $3,005 billion) and the largest population (about 1.4 billion) in the world and the US needs those resources to update its infrastructure such as highways, railways, airports and seaports. It is quite complementary if China and the US cooperate in this field.

If China and the US expand their cooperation to all fields including politics, economy, military affairs and diplomacy, the whole world will enjoy the benefits. Domestically China is trying to reform in a deep way, get rid of poverty in undeveloped rural areas and realize its first 100-year strategic goal, that is, complete the building of a moderately prosperous society in all respects by 2021, when the CPC celebrates its centenary; the US is trying to update its infrastructure, improve the life of its people and make the United States great again. Comprehensive cooperation will help both China and the US to realize their strategic goals more easily. Regionally both China and the US are major players in the Asia-Pacific region. If they confront each other, the countries in the region will have to choose sides, thus creating tensions for all. If they cooperate with each other and expand cooperation, all the other countries in the region can participate in and benefit from their cooperation. Globally the US is the largest economic body ($17.4 trillion in 2014, accounting for 22.5% of world GDP) and China is the second-largest economic body ($10 trillion in 2014, accounting for 12.9% of world GDP). If the largest and second-largest economic bodies cooperate well, they surely promote the development of the world economy and benefit every country in the world. What’s more, comprehensive China-US cooperation can not only promote mutual understanding and reduce misunderstanding and misperception, but also enhance strategic mutual trust, which makes the famous “Thucydides trap” unlikely.

Now that all conditions for comprehensive China-US cooperation are ready, there is no reason for Xi and Trump not to strike a good deal.