How China Will Shape Negotiations with North Korea 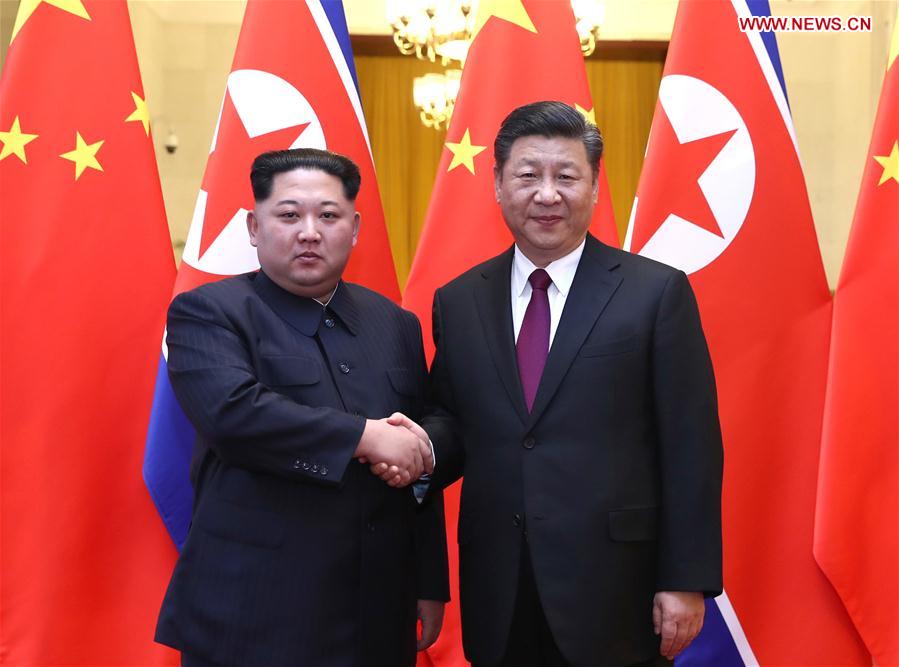 After weeks of rosy rhetoric between the U.S. and North Korea, serious doubt was cast upon the talks in mid-May after President Trump’s national security advisor, John Bolton, and Secretary of State Mike Pompeo, made appearances on national television. The president’s two closest foreign policy hands laid out the U.S.’ demands for North Korea at the summit. Leaders in Pyongyang did not take kindly to what they interpreted as aggressive rhetoric.

It is still very unclear if the meeting will take place in mid-June, or at all.

Trump has a lot of domestic political capital riding on the talks with Kim, which he has heavily hyped. He recently offered false modesty when a reporter asked him if he deserved to win the Nobel Peace Prize for his efforts to disarm North Korea of its nuclear weapons. The president appears open to serious concessions to get Kim Jong-Un to the table, a dangerous prospect for U.S. policy according to many American analysts. President Trump also seems ready to give in to Kim’s rhetoric through concessions to China, including areas related to the ongoing trade war.

While China may not have the power to bring North Korea and the United States together for talks, Beijing’s role in a lasting peace agreement cannot be understated. Beijing has long been Pyongyang’s strongest ally and has often served as a liaison in its relations with the rest of the world. North Korea is almost entirely dependent on China for food and energy, particularly oil.

So what’s at stake for China in the on-again off-again relations between Washington and Pyongyang? As the clear regional power, Beijing has a vested interest in the future of the Korean peninsula. It does not want the U.S. to have even greater influence in its backyard as a result of negotiations. It wants to reduce the American military presence in the region, especially the nearly 30,000 soldiers stationed in South Korea. And, of course, China does not want any military conflict. Any re-escalation of Korean tensions could result in a frightening and potentially catastrophic nuclear standoff and a massive refugee crisis for China.

China wants a seat at the table in any U.S.-North Korean negotiations. Though uninvited, Chinese President Xi Jinping has considered flying to Singapore if the bilateral talks take place– ostensibly to be able to consult as needed with both U.S. and North Korean officials. As China scholar, Paul Haenle, said, “The Chinese system craves stability and predictability, yet their U.S. interlocutor is uniquely unconventional and unrestrained.” Both Kim Jong-Un and President Trump are unpredictable and egocentric, making China doubly nervous.

Leveraging its role as interlocutor, China has tried to smooth over the current rough patch between Trump and Kim. Foreign Minister Wang Yi encouraged Trump to remain calm and advocated for the two parties to meet in Singapore as planned. The U.S. has countless reasons to be very wary of China as an arbiter with North Korea, but the Trump administration must also understand that it will be nearly impossible to have a lasting resolution to the conflict on the Korean peninsula without Beijing’s blessing.

If President Trump is not attentive to China’s priorities on the Korean Peninsula, he will not get far with the North Korean regime in negotiations. As a self-proclaimed deal-maker, he risks his counterpart walking away without a well-planned strategy that addresses the complex fears and needs of both North Korea and China.

It is likely that after their meetings Kim and Xi have agreed on some negotiating goals and tactics. Kim and Xi both know how to play to Trump’s ego and hubris. This is evident from the extravagant reception in Beijing which largely pacified Trump. After months of protectionist and virulent anti-Chinese rhetoric, the U.S. president fawned over his star treatment and tempered his long-held views on China’s trade surplus with the U.S. It’s also apparent from North Korea’s larger than life letter to the former reality-TV star.

This pattern should worry Americans, especially when combined with the President’s lack of foreign policy knowledge and diplomacy. If Trump continues to confuse and mix global security, trade, and braggadocio, not only will the U.S. fail to accomplish its goals of denuclearization but it may actually escalate the situation.