As Tensions Rise, US Allies Suffer 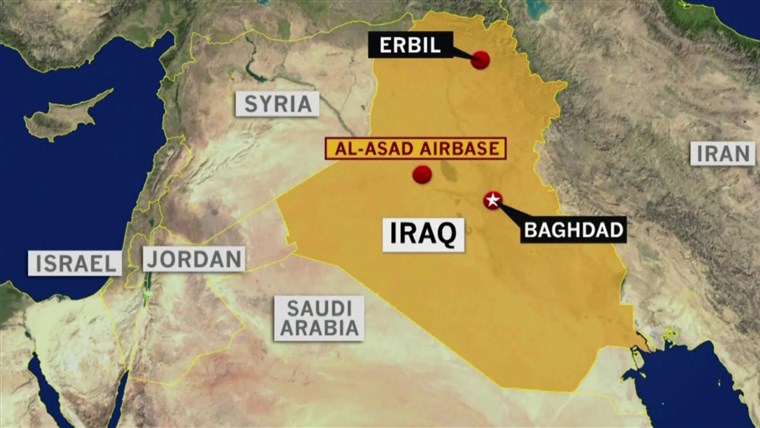 U.S. President Donald Trump authorized an airstrike that killed Iran’s most powerful general, Qassem Soleimani, who was not only a respected political figure among hard-liners close to Ayatollah Ali Khamenei, the country’s supreme leader, but also a popular icon. He was a hero of the Iran-Iraq war in the 1980s and more recently led the fight against ISIS.

The death of Soleimani is a considerable blow to Tehran, both physically and psychologically, but it also unites the country, which has been divided by demonstrations. From Khamenei to ordinary Iranians, a strong consensus has emerged for harsh revenge.

Some questions come to mind: What is the nature of U.S. action? When and how will Iran take its revenge? What are the implications of what appears to be an inescapable escalation for U.S. allies in the Middle East and Europe?

First, the U.S. airstrike represents a major shift of modality for the United States in its dealings with Iran. With the end of the honeymoon between Iran and the U.S. in 1979 brought by the Islamic revolution and seizure of the American embassy, the U.S. turned to economic sanctions. The Trump administration has a policy of “maximum pressure”, which applies sanctions — mostly economic ones — on more than 1,000 people, groups and companies associated with Iran. Both Trump and previous administrations have avoided direct military confrontation, and Trump even cancelled an airstrike on Iran in June that might have brought the two countries to the brink of war. The assassination of Iran’s top military leader sent a clear signal that the economic campaign had further morphed into the military realm.

From the Iranian perspective, the U.S. use of “national terrorism” to carry out a political assassination changed the rules of game and the U.S. lost what little moral high ground it might have had. Pandora’s box has now opened, and Iran can justify its retaliatory actions, including a prolonged global guerrilla war, although this seems to be a sort of tu quoque argument and may not hold water under international law in all cases.

Iran’s position was also boosted by U.N. Special Rapporteur on Extra-Judicial Executions Agnes Callamard, who questioned Trump’s justification for the strike in a series of tweets early Friday, calling them “unlawful.”

For years the U.S. has been criticized both domestically and internationally for its arbitrary killings by drone in Yemen, Pakistan and other countries. The extraterritorial assassinations in places with no open hostilities violates both a prohibition of unlawful use of force under article 2(4) of the UN Charter and the rules of international human rights law, which guards against unlawful executions without trial.

The legality of the U.S. strike, as well as its moral grounding, is further undermined by the official response from the government of Iraq. It gave the required state consent to the U.S. — which also forms the legal basis for America’s military presence in Iraq.

Iraqi Prime Minister Adel Abdul Mahdi called the U.S. action “aggression against the country of Iraq, its state, its government and its people” and a “flagrant violation of the conditions authorizing the presence of U.S. troops” in Iraq. This was followed by a vote of Iraq’s parliament to expel American troops, which shook America’s legal foundation for being there.

The Iranians labeled the political assassination an “act of war” and vowed blood for blood. Iran’s Supreme National Security Council held an emergency meeting to discuss how to respond and followed up with an announcement declaring that it would no longer abide by the commitment it made in the 2015 nuclear deal, including limits on its enrichment of uranium. This could be seen as an initial step on a long-term path of retaliation, but it’s far from soothing the psychological pain inflicted on ordinary Iranians by the death of Soleimani.

Given the U.S. military overmatch, an all-out war would be too costly and politically unrealistic for Iran. It would run the risk of losing the regime and destroying the whole state. However, Iran has its own leverage. Its advantage is its asymmetrical warfare capabilities and experience accumulated over the years through Qassem Soleimani’s efforts in building a regional network of Iranian allies across Middle East and carrying out operations around the globe.

Soleimani himself was described by the U.S. intelligence community as the “most experienced guerrilla fighter operating globally,” running operations with Iranian forces and proxy militias in Lebanon, Yemen, Syria, Afghanistan and Iraq.

If global guerrilla warfare is to be carried out against the United States by Iran in coming years, a number of choices are available for disrupting U.S. interests, ranging from peacetime cyberattacks to blockades of the Strait of Hormuz. Iran may undertake a digital campaign of cyberattacks and disinformation targeting the American private sector. As a victim of a joint American-Israeli cyberattack in 2010, Iran should have learned to put such attacks in its asymmetrical warfare toolbox.

While U.S. interests are widely spread across the Middle East and easily identifiable, Iran’s overseas network is hidden under civilian cover and invisible. As an old Chinese saying goes, “Better the devil you know than the devil you don't know.” In a scenario where both a proxy war and a guerrilla war are undertaken simultaneously, the attacker of U.S. military bases, installations, diplomats and service members may not be Iranians or even traceable to Iran. This may pose a challenge to the U.S., which Trump boasted had the most powerful military in the world.

The killing of Soleimani may imply a major shift of U.S. strategy and policy in the Middle East. It was only in early October that Trump’s vow to withdraw forces from Syria aroused a major debate. Does the hit on Soleimani mean a return of U.S. forces to Middle East? Or will the U.S. just push the boat with the current, fighting a war and leaving the Middle East when it’s convenient. It is not unusual for the U.S. to fight a war and then eave without any serious postwar arrangement. It has done so in Afghanistan, Libya, Iraq and Syria.

In the worst scenario, with the wide Atlantic Ocean stretching between America and Europe, the U.S. may be least affected. While the European Union and neighboring Middle Eastern countries did not create the current situation, it will be U.S. allies in both the Middle East and Europe who will suffer most — especially refugees, who are the direct victims of violence. Turkey has already threatened that it has a plan to flood Europe with millions of refugees, which will definitely be the last straw for EU countries.

It bears noting that the catastrophic consequences of an escalation of U.S.-Iran hostilities has nothing to do with who will be the winner or how long the military confrontation will last. Once the current situation escalates into a direct military confrontation, it will have repercussions impacting far beyond the Middle East and Europe. The catastrophe will be global. Oil prices on the global market have already shown its sensitivity to the situation. The globalization of supply chains means that no country will be left untouched if war breaks out. At this juncture, de-escalation is in the interests of the international community as a whole.

Have things already escalated beyond the point of no return? Given the symbolic role and huge influence of Soleimani at all levels, Iran seems to have no choice but to seek a revenge both for the stability of the domestic regime and for its commitments to regional allies. As Iran has shown its resolve to withdraw from the nuclear deal, the ball is now in the U.S. court. While Trump has spoken publicly in defense of U.S. actions, Secretary of State Mike Pompeo spoke with his counterparts in Britain, China and Germany to express a U.S. commitment to de-escalation.

Such a commitment requires action, not just words. If the U.S. were to lift sanctions against Iran and return to the nuclear agreement, and if it promised to take no further extrajudicial actions, the countries Pompeo approached could play a role in an effort to bring the two rival parties to the negotiating table for the sake of international peace and stability.

U.S.-IranIran Nuclear DealMiddle East
printTweet
You might also like
Back to Top
CHINA US Focus 2021 China-United States Exchange Foundation. All rights reserved.