Both China and U.S. Need to Adjust Policies Toward North Korea

Reports that North Korea has tested a hydrogen bomb have caused great agitation in both Washington and East Asian capitals. The evidence suggests that the explosion was far too small for a thermonuclear device. Most likely, it was the test of a fission warhead, similar to tests that North Korea has conducted on three previous occasions. Nevertheless, the incident is unsettling. Once again, Pyongyang appears to have ignored the protests of the international community and crossed the line into forbidden atomic technology. Perhaps even more worrisome, the North Korean government again disregarded explicit warnings from its only close ally, China, to refrain from such conduct. 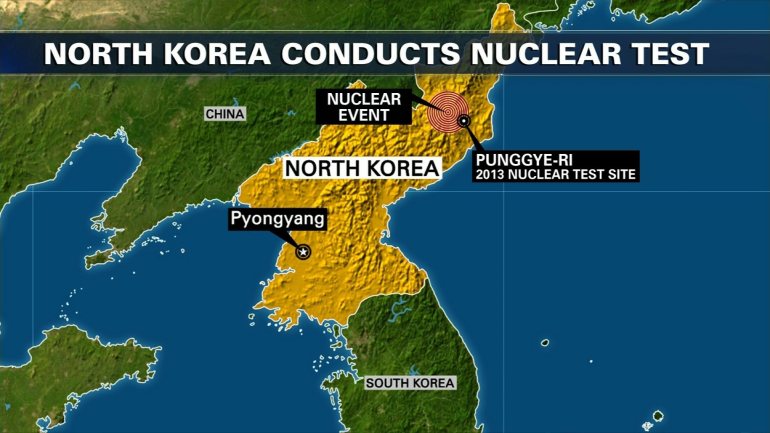 North Korea said Jan. 6, 2016, it had successfully carried out a hydrogen bomb test, which, if confirmed, would be a first for the reclusive regime and a significant advancement for its military ambitions. (Credit: CNN)

The latest episode continues a pattern that we have seen far too often. Whenever North Korea wants to gain attention (and, hopefully, diplomatic concessions) from the United States and its allies, it will engage in ostentatiously provocative conduct. That stage is typically followed by an offer for constructive negotiations. Although negotiations usually ensue (the desultory 6-party talks are a good example), they rarely produce much worthwhile substance. A few years later, the dreary cycle repeats itself.

It is an utterly unproductive process that periodically alarms the region. There is always the danger that an incident will escalate out of control and result in a war that would be disastrous for all concerned. Steps should be taken now to break that cycle. Progress, however, requires creative diplomacy by both the United States and China.

Washington should propose a “grand bargain” to Pyongyang. That settlement would include a peace treaty formally ending the state of war on the Korean Peninsula, the lifting of all except narrowly defined military sanctions against the North, and U.S. diplomatic recognition of the North Korean regime. In exchange, Pyongyang would agree to place its nuclear program under international safeguards and extend diplomatic recognition to South Korea. Such a settlement would give North Korea most of what it says it is seeking. Yet, given South Korea’s great economic power and military potential (not to mention the assets that Japan could bring to bear), the North Korean military threat should be manageable.

A comprehensive U.S. peace proposal would also test whether North Korea is an uncontainable “rogue state.” China has long complained that U.S. policy toward Pyongyang is far too inflexible and confrontational. The grand bargain approach would immediately render that objection moot. It would also put great pressure on Beijing to deliver a reasonable response from its ally. 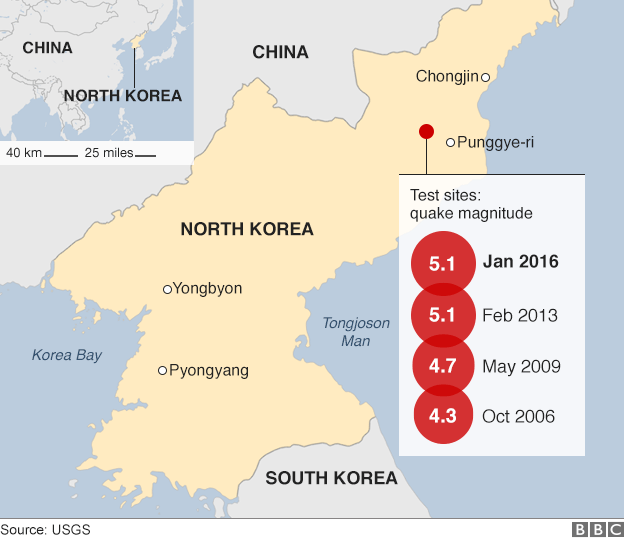 This is where Chinese policy must be prepared to shift, perhaps shift dramatically. North Korea’s behavior has not just been a growing embarrassment to China for years, it has been posing a danger to China’s security interests. The last thing China should want is a war on the Korean Peninsula. Yet Pyongyang’s dangerous, irresponsible behavior is significantly increasingly that risk. China’s leaders need to consider whether, under some circumstances, it might be wise to terminate food and energy aid to North Korea, even though that might topple Kim Jong-un’s regime. Specifically, Chinese leaders should ask themselves whether further North Korean atomic or ballistic missile tests, or the rejection of a generous “grand bargain” proposal might be sufficient grounds for such action.

Given the dangers of instability and refugee flows out of North Korea, Chinese officials are understandably reluctant to take firm actions that might topple Kim’s government—much less take the even more drastic step of directly ousting him. In addition to those inherent worries, Chinese leaders likely fret that the United States would seek to exploit a North Korean meltdown to expand U.S. influence on the Peninsula. After all, that is what Washington did when the Soviet satellite empire in Eastern Europe evaporated. Today, all of those countries are members of a U.S.-led NATO. If American leaders want China to be more proactive with regard to North Korea, they will have to give reliable assurances that no similar moves will be made in this case.

The latest crisis involving Pyongyang creates ample reasons for alarm, but it also creates opportunities for creative diplomacy by both Washington and Beijing. Let’s hope that they have the wisdom to seize those opportunities.