China in the New US National Security Strategy 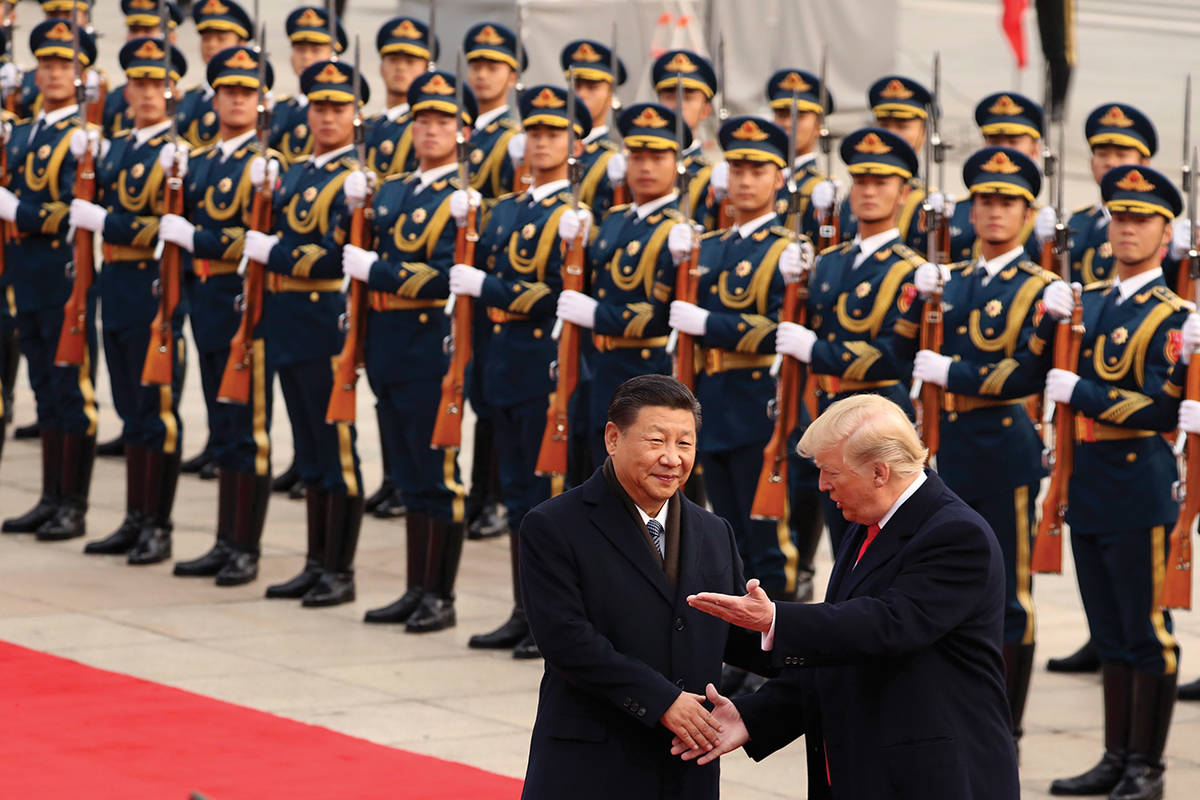 The U.S. National Security Strategy (NSS) released on Monday depicts China in a more negative light than any major U.S. foreign policy document since Washington’s recognition of the People’s Republic of China (PRC) on January 1, 1979. Although some of the document’s two dozen references to China merely state widely recognized facts, other comments on the PRC are extremely critical. The derogatory attitude of the NSS towards China recalls language from Donald Trump’s presidential campaign, which has been largely absent from the president’s rhetoric since his inauguration, as Trump has prioritized closer cooperation with President Xi Jinping on North Korea.

Nonetheless, while the NSS reflects the genuine concerns of key U.S. national security policy makers, Sino-U.S. ties are still very much in flux. Washington’s policies toward Beijing during the past year, notably during the president’s recent trip to Asia, have been less confrontational than the NSS implies. Consequently, observers should pay attention to actual U.S. policies rather than declarations. Furthermore, both Beijing and Washington can take actions to realign the relationship towards a more positive trajectory.

The economic criticisms of Chinese behavior found in the NSS are familiar, having populated Trump’s discourse during the 2016 presidential campaign. In contrast, the explicit criticism of Chinese predatory economic behavior in regions beyond Asia and North America appears novel. In Europe, the document warns that “China is gaining a strategic foothold…by expanding its unfair trade practices and investing in key industries, sensitive technologies, and infrastructure.” In Africa, the NSS adds that, “[s]ome Chinese practices undermine [the continent’s] long-term development by corrupting elites, dominating extractive industries, and locking countries into unsustainable and opaque debts and commitments.”

The security criticisms within the NSS, while not recently voiced at the presidential level, have been widely circulated among U.S. Asian security experts over the past decade. Concerns over China’s military buildup, expansive territorial claims, challenges to U.S. freedom of navigation operations, cyber intrusions of sensitive Western networks, and the more recent militarization of South China Sea Islands featured in the justifications for the Obama administration’s so-called Asian Pivot.

In the Asia-Pacific region, the NSS maintains that, behind its rhetoric of “win-win” diplomacy, China has been seeking regional dominance at the cost of other countries’ national sovereignty. Similar to previous administrations, Trump’s national security team sees China as striving to limit the U.S.’ presence in the Indo-Pacific region through anti-access tactics and other means. For this reason, other Asian nations have been “calling for sustained U.S. leadership in a collective response that upholds a regional order respectful of sovereignty and independence.” In keeping with past U.S. policies, the Trump NSS reaffirms U.S. readiness to help maintain a regional balance of power and a cooperative international economic environment.

The most original part of the text, reflecting the Trump administration’s markedly negative view of globalization, is the explicit renunciation of the “responsible stakeholder” model regarding China’s ascent— namely the “belief that support for China’s rise and for its integration into the post-war international order would liberalize China” and boost Beijing’s support, or at least tolerance, for the U.S.-built liberal democratic order.

Instead, in the Trump administration’s view, Beijing took advantage of U.S. gullibility to expand its military power and economic influence at Americans’ expense. Rather than globalization liberalizing China, foreign interaction with the PRC has resulted in the negative “features of its authoritarian system, including corruption and the use of surveillance,” spreading to other countries and regions.

In addition to the more explicit attacks on various aspects of Chinese behavior, another divergence from previous national security strategies is that the Trump text makes few references to areas of Sino-American collaboration. In particular, the document does not mention the fundamental pillars that underpinned bilateral cooperation during the Obama administration, such as joint climate change projects.

The overall assessment of China found in the NSS is that the PRC “seeks to displace the United States in the Indo-Pacific region, expand the reaches of its state-driven economic model, and reorder the region in its favor.” This is indeed what rising powers try to do. The assertions that, “China gathers and exploits data on an unrivaled scale…is building the most capable and well-funded military in the world, after our own…[and that, in part,] China’s military modernization and economic expansion is due to its access to the U.S. innovation economy, including America’s world-class universities” are also largely uncontestable statements of fact.

Nor do the policy prescriptions outlined in the NSS break from the main contours of U.S. policy toward Beijing under recent U.S. presidents. The text states that the Trump administration will work with other countries to negotiate from a position of strength, oppose “China’s unfair trade and economic practices and restrict its acquisition of sensitive technologies,” as well as collaborate to help other countries to uphold their national sovereignty. The text also disclaims any direct U.S. policies to change China’s domestic policies—rather the United States will focus on its own renewal, such as rebuilding the “national security innovation base,” and rely primarily on the power of example to encourage other nations to embrace U.S. values. Rather than try to contain or reverse China’s rising influence, the United States will continue to strive to channel it in positive directions that can benefit all partners.

Importantly, the text maintains that China’s “intentions …are not necessarily fixed” and Washington “stands ready to cooperate across areas of mutual interest” with Beijing. Clearly the most important issue for mutually beneficial collaboration is North Korea. President Trump has already downplayed his economic pressure in exchange for Chinese exertions to rein in Pyongyang’s nuclear and missile programs. Redoubling such efforts should be the focus of Chinese-U.S. relations for 2018.

National SecurityKorean Peninsula
printTweet
You might also like
Back to Top
CHINA US Focus 2018 China-United States Exchange Foundation. All rights reserved. Disclaimer