Declaration of a New Cold War 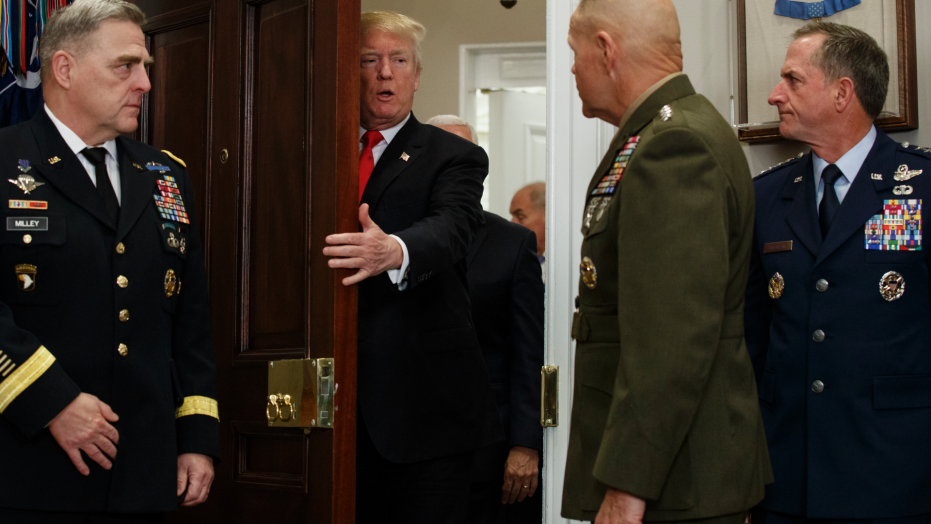 George Frost Kennan, US ambassador to Soviet Union, sent a “Long Telegram” from Moscow in 1946 and published an article “The Sources of Soviet Conduct” in 1947 arguing that the Soviet regime was inherently expansionist and that its influence had to be contained in areas of vital strategic importance to the U.S. President Harry Truman’s National Security Council Report 68 (NSC-68) was based on these two documents. NSC-68 advocated a large expansion in military budget, made the rollback of global Communist expansion a high priority and rejected the alternative policy of friendly détente, thus beginning the Cold War.

Seventy years later, twenty-six years after the end of Cold War, Trump’s NSS and Mattis’ NDS declare that “Inter-state strategic competition, not terrorism, is now the primary concern in U.S. national security”, call for an increase in U.S. military funding, and discard the long-standing U.S. “engagement strategy”. These are simply modern versions of NSC-68,.

The U.S. seeks to defeat its adversaries through competition

During the Cold War the U.S. competed ferociously with Soviet Union in politics, economics, and military affairs, ultimately defeating it and winning the Cold War. Now the U.S. is playing the same old tricks again. The U.S. Third Offset Strategy issued in 2014 intends to use superior technology to offset its prospective adversaries’ anti-access/area denial capabilities. Trump’s NSS declares “An America that successfully competes is the best way to prevent conflict”. Mattis’ NDS points out that “The central challenge to U.S. prosperity and security is the reemergence of long-term, strategic competition by what the National Security Strategy classifies as revisionist powers”. The U.S. strategy focuses on restoring its power projection capabilities, bolstering conventional deterrence through a credible threat of denial and punishment and imposing costs upon prospective adversaries, hoping to defeat China and Russia through effectively shifting the competition to areas where the U.S. has fundamental long-term advantages.

The U.S. seeks to maintain its dominance of international order

Trump’s NSS names China and Russia revisionist powers and concludes “they are contesting our geopolitical advantages and trying to change the international order in their favor”. Mattis’ NDS claims that “China and Russia are now undermining the international order from within the system by exploiting its benefits while simultaneously undercutting its principles and ‘rules of the road’.”

Will there be a new Cold War?

It‘s unlikely there will be a new Cold War between the U.S. and China. The reasons are as follows. (1) A new Cold War runs against global trends. The theme is peace, development, and cooperation. Most countries are devoted to promoting world peace and development through cooperation. A new Cold War would go against their will and would be rejected by them. (2) The competition between China and the U.S. is not a life-or-death struggle. During the Cold War the U.S. and the Soviet Union were open enemies and competed for global power and hegemony. The U.S. and China share a lot of common interests and have become deeply interdependent. The competition between them is no longer a life-or-death struggle, but a competition for justice and equity or a competition for a better life and a better world. (3) China is dedicated to developing a new model of major power relations with the U.S., the essence of which is “no conflict, no confrontation, mutual respect, and win-win cooperation”, which helps prevent a slide into hostility. (4) China is devoted to building a human community with a shared future and puts forward “the Belt and Road Initiative”, which will benefit all countries including the U.S. and will increase China’s popularity. Thus China will try hard to avoid the so-called Thucydides trap and continue to be a cooperative partner of the U.S.

However, if the U.S. presses China too hard and makes gains at the cost of China’s core national interests, the possibility of a new Cold War still exists.