Why Was the NSS So Hostile to China? 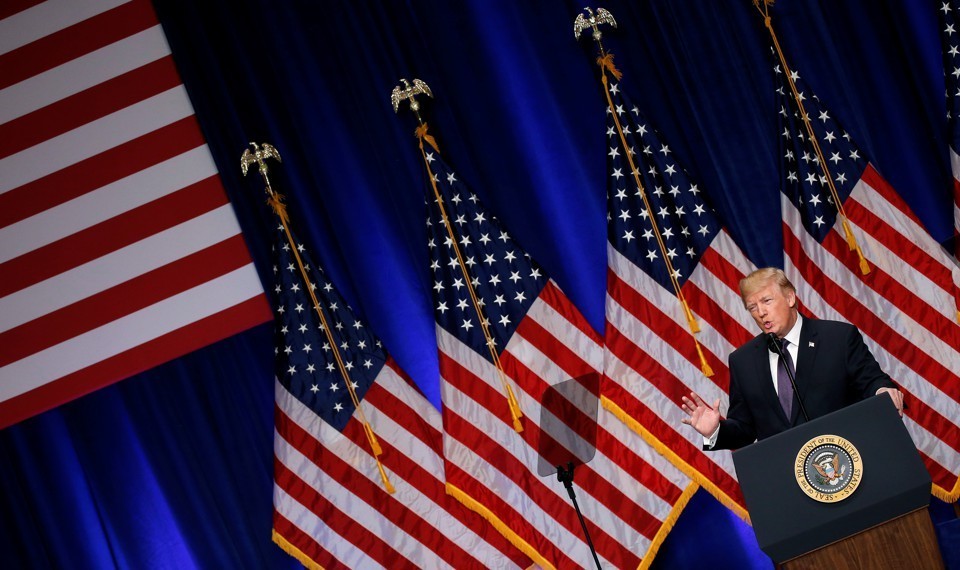 On December 18, 2017, the Trump administration released its first National Security Strategy. The report clearly defined China as a “competitor,” “challenger,” and “rival”. Compared with previous reports, it was the most negative one in the recognition of China's strategic identity.

First, Trump’s international strategic vision comes first, which can be summed up as: “Make America Great Again” and “America First”. In his speech unveiling the report, Trump said: “With every decision and every action, we are now putting America first. We are rebuilding our nation, our confidence, and our standing in the world.” In his view, the United States before his taking office was no longer a great country. The rest of the world, including China, also no longer respected the United States. One of the reasons the Trump administration did not define China as an adversary from the very beginning was that the it needed China’s support on many international security issues, especially the North Korean nuclear issue. Therefore, the Trump administration hoped to develop “a constructive and result-oriented relationship” with China, as stated in the Department of Defense’s report Military and Security Developments Involving the People’s Republic of China 2017.

However, after nearly a year of interaction, the Trump administration found that China did not perform as it had expected on the DPRK nuclear issue. It can be said that Trump’s China policy is based on the ideology of transactional diplomacy. The development of Sino-U.S. relations and the U.S. strategic recognition of China both depend on whether the United States has achieved its main strategic goal in its interaction with China. In addition, the facts such as the trade imbalance between China and the US, the rapid growth of China’s national strength and the rise of China’s self-confidence have made the US policymakers increasingly worried. Trump’s “America First” policy not only means making U.S interests the top priority, it also means ensuring US global primacy. Therefore, the United States cannot accept the possibility of being surpassed by China. This is why the NSS report defined China as a strategic “competitor”.

Second, Trump’s governing team has strong populist and hawkish characteristics, as it is made up of wealthy cabinet members as well as military personnel. It can be said that the Trump administration is an integration of capital, power, and paranoia. Therefore, it pursues an offensive foreign policy. The report drafted by this team who observes the world from the realist standpoint of power politics is inevitably full of antagonism and zero-sum thinking.

Third, the NSS had to meet the needs of domestic politics. At present, one of the major challenges Trump faces is his extremely low public approval. According to major surveys, Trump’s job approval rating has fallen below 50%. In order to boost morale, the Trump administration must create the impression of a United States in crisis so as to arouse the people’s patriotism. As a result, people “unite around the president”, which not only meets Trump’s psychological needs, but also rallies popularity for the 2018 midterm elections. In his speech, Trump said: “With this strategy, we are calling for a great reawakening of America, a resurgence of confidence, and a rebirth of patriotism, prosperity, and pride.” Among all major powers, only China and Russia are able to arouse this sense of crisis: Russia poses the immediate challenge to the United States, while China poses a long-term potential threat.

For the most part, the recognition of China’s identity by Trump administration is based on prejudice and anxiety. It is a misinterpretation of China’s international strategy. In the report of the 19th CPC National Congress, it was clearly stated that “major country diplomacy with Chinese characteristics aims to foster a new type of international relations and build a community with a shared future for mankind”. Therefore, China seeks to develop a sound and steady relationship with the United States on the basis of mutual respect, mutual benefit and reciprocity by focusing on cooperation and the management of differences. China’s Foreign Minister Wang Yi wrote an article in Qiushi Journal that China has no intention to change or replace the United States. The United States also cannot dictate or impede China’s development. Therefore, the long-term coexistence between China and the US is inevitable, and cooperation is the only rational choice under the circumstances. Only in this way can we meet the common interests of the two countries and the common expectations of the international community.

National SecurityDonald TrumpInternational Strategy
printTweet
You might also like
Back to Top
CHINA US Focus 2018 China-United States Exchange Foundation. All rights reserved. Disclaimer