Many China watchers are used to living with a militarily weak China for the past several decades. Thus, each time in the recent 10 years when China showcases its new military capabilities in the military parade, they see an emerging China threat. Military transparency is frequently demanded by them, even though China believes it has tried very hard to be transparent in strategic intentions and capability by publishing National Defense White Papers. When China shows its strategic intentions and capability, they argue about China threat again. 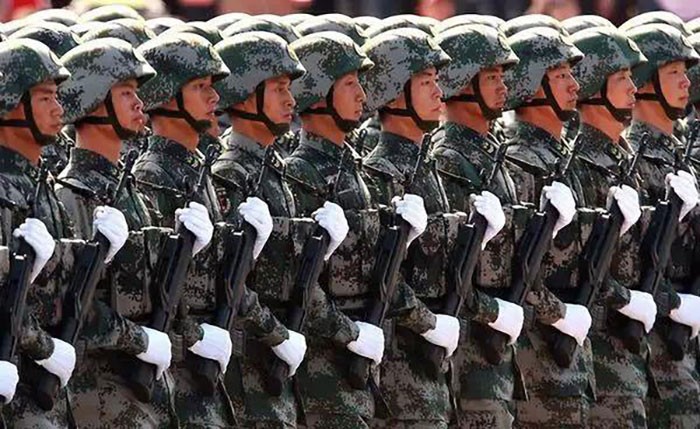 From the commentaries articulated by many China watchers immediately before and after the military parade commemorating the WWII victory, we can tell that kind of Western pride and prejudice remain largely unchanged.

Overall, China’s increasing and increased military might is the key concern held by China watchers, and missiles nuclear and conventional, ballistic and cruise, top those concerns. In the military parade, China displayed ballistic missiles, such as DF-15B, DF-16, DF-21D, DF-26, DF-31A, DF-5B, and cruise missiles. Most of those military capabilities displayed in the military parade are not new for most China watchers, and China’s missile capability is developed very much in line with the policy articulated in China’s National Defense Papers as well. Then, why they feel so much concerned or even very much alerted? Obviously, they intentionally or unconsciously misread the message conveyed by the military parade.

Second, the military capability displayed in the parade is not aimed to threaten other countries, or to conduct an arms race with other countries, but for defensive purposes only. China showcases its military might in military parade, but China has no intent at all to invade other countries. A good example in case is China’s “lean” nuclear capability. China was blackmailed, threatened by nuclear powers in the past, and China was forced to develop its own nuclear capability. However, ever since China obtained nuclear capability, China has been exercising extreme strategic restraint. China has never pursued a nuclear arms race with other countries — regardless of whether or not China is technically, financially capable to do so — and China has never defined its relationship through the lens of nuclear. China’s lean and effective nuclear capability is to avoid being blackmailed or threatened by others. Other countries may complain about China’s military parade, but they use their new military capabilities in battlefield. In the remarks delivered by President Xi, he mentioned “peace” 18 times, and he said that China’s commemoration of WWII victory is “to rekindle the yearning for and commitment to peace, not to prolong hatred.” He also announced that China will cut troops by 300,000. If there is any message taken away from the military parade, it is that a more developed and stronger China is not to be pushed around like what it was seven decades ago.

Third, a more developed and stronger China could contribute more to the global public goods. China has fully integrated into the international community, and the prosperity and stability of its neighboring countries and countries in other regions as well are in the interest of China. WWII was the latest “hot war” in massive scale, and even the winner in the World Anti-Fascist War suffered several tens of millions of military and civilian casualties. The lesson from which all countries involved in that war can draw is that the historical tragedy should never repeat in the future, and that is why China proposed the concept of a global community of shared future. China’s increasing and increased capability is not to prepare for military conflict, but to contribute to the global public good. In the past, China has participated in many United Nations peacekeeping missions, taken a very proactive role in humanitarian rescue and disaster relief, protected sea lanes and combated pirates on the high seas. As China rises, it has been called upon to take greater responsibility, and a weak Chinese military is surely a nonstarter. China is ready to do more — so why do other countries and some China watchers negatively read the message conveyed from the military parade?

China is developing quickly both in terms of economy and military, and that is a natural process. Most major powers travelled the same way in the past, and China has learned lessons and accumulated experiences from the past rise and fall of great powers. When China has shown it is determined not to repeat those strategic mistakes committed by those fallen great powers, why don’t other countries change their glasses when looking at China’s rise?