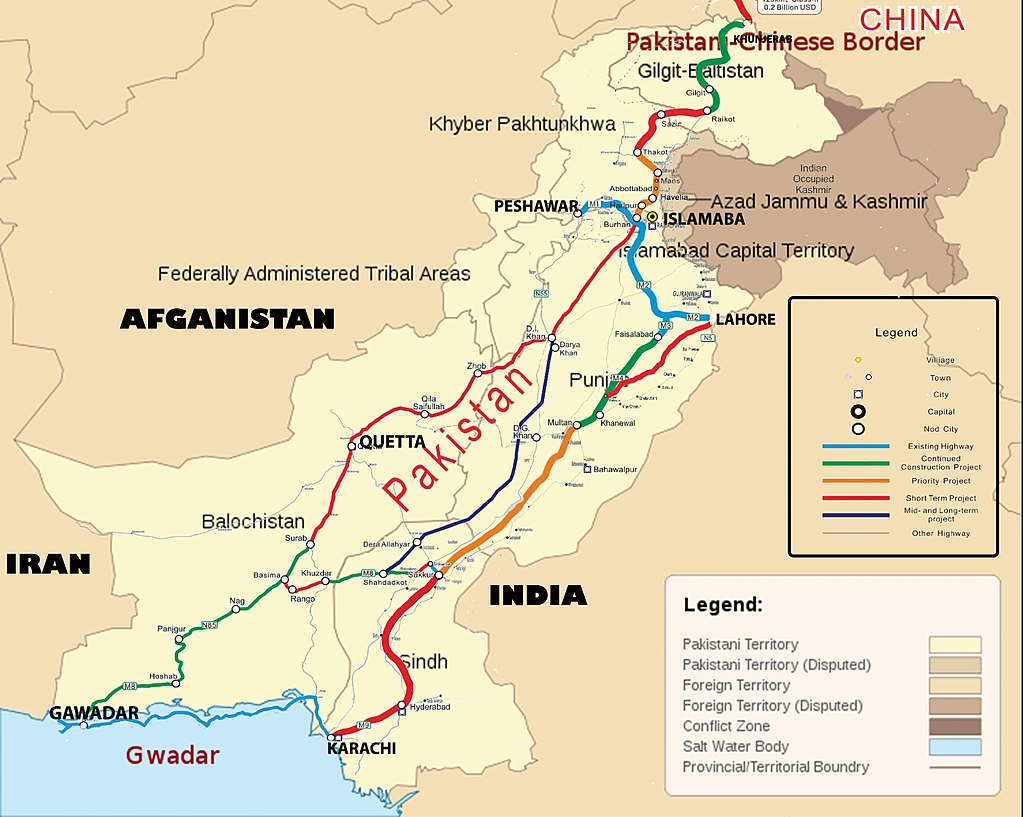 On the morning of 23rd November, three gunmen stormed the Chinese consulate in Karachi, Pakistan. The three attackers were members of the Baloch Liberation Army (BLA), an organization fighting against the state of Pakistan for the succession of Balochistan, Pakistan’s largest province. The gunmen, carrying hand grenades, suicide vests, first aid kits, and dried fruits, planned to hold the consulate staff hostage, however swift action by consulate guards foiled their plan. The attack ended in the death of all three attackers. Two policemen and two civilians who had come to the consulate to apply for visas were also killed in the attack. Although the attackers failed to storm the consulate, they succeeded in sending a loud message that Baloch insurgents do not accept the China-Pakistan Economic Corridor (CPEC) and will continue to  attack it.

In order to contextualize this issue, the Baloch insurgency needs to be understood in detail. The Baloch insurgency is not a new phenomenon and has been in existence since 1948. The princely state of Kalat, which is now modern day Balochistan, acceded to Pakistan just one year after Pakistan was founded in 1948. Baloch leaders claimed this accession was by force and as a result they opted to use weapons against the state.

The first phase of the insurgency was short lived and ended in 1948. The second phase lasted from 1958 to 1959, and the third phase from 1963 to 1969. The fourth phase, occurring from 1973 to 1977, was more intense and resulted in the state levying a full-scale military operation to counter the insurgency. Since 1948, there have been a total of five intermittent insurgencies, however, their aims have been very different. The first insurgency aimed to have Kalat state recognized as a unique state in Pakistan, while the next three fought for provincial autonomy. The fifth and current insurgency is fighting for succession from Pakistan. It started in 2005 when clashes between the Baloch tribal chief, Nawab Akbar Bugti, and the state of Pakistan erupted over natural gas royalties, which were extorted from land owned by Bugti. In August 2006, Bugti was assassinated in a military operation, intensifying the insurgency which still exists to date.

Presently there are seven Baloch insurgent groups fighting against the state of Pakistan, including the BLA, which operates throughout the entire province. Until 2017, the BLA was one entity, but differences developed between the BLA’s top leadership and the main operational commander, Aslam Baloch. In 2017, Baloch established his own splinter group of the BLA, which ultimately carried out the Chinese consulate attack as well as the August suicide attack on Chinese engineers in the Dalbandin town of Balochistan.

Why do Baloch insurgents in general and the BLA in particular want to attack Chinese interests in Pakistan? The answer lies in the insurgents’ belief that China supports Pakistan in crushing them. Baloch insurgents perceive the Chinese projects in Balochistan, such as Gwadar Port and Saindak Mines, as an attempt to loot the resources of Baloch. They also fear that these mega projects will  increase the Chinese population in Balochistan and ultimately cause the ethnic Baloch to be a minority in their own land. Therefore, the BLA released a pre-recorded video of the consulate attackers. In the video, directed to Chinese investors, the three attackers claimed that the CPEC exploited Baloch resources and vowed to continue attacking Chinese-funded projects if they did not leave Balochistan.

Pakistan’s claim of an Indian hand behind BLA is premised on a number of reasons. First,  India is openly opposed to the CPEC because India sees this as a challenge to its sovereignty. The CPEC passes through the Gilgit-Baltistan region in Pakistan, which India claims to be a part of the disputed region of Kashmir. India therefore has a motive to see the removal of the CPEC.

Aside from motive, Indian Prime Minister Narendra Modi’s 2016 Independence Day speech has also led many in Pakistan to believe there is an Indian hand involved in the Balcoh insurgency. In this speech, Modi claimed that Pakistan must be accountable for the atrocities committed in Balochistan, and that India would continue to highlight the Balochistan problem. This was the first time that India acknowledged any Balochistan problem, and while this is not direct evidence, this led many people in Pakistan to see this as indirect evidence for India’s hand in supporting the Baloch insurgency. Not long after, a Pakistani government official accused India of bankrolling the “Free Balochistan” advertisement campaign in Europe and the US.

There have also been multiple reports of individuals in the BLA being supported by India. Following the attacks on the Chinese consulate in Karachi, it was reported that Aslam Baloch, a BLA commander, received medical treatment in India. Other reports describe Baloch insurgents escaping to Europe with Indian help.

In addition, Kulbhushan Jadhav, an Indian spy, was captured in Mashkel, Balochistan On March 3, 2016.  After Pakistan Security forces arrested him, Jadhav confessed in a video statement to being an officer of the Indian Navy on a top-secret mission in Balochistan. He also confessed to helping Baloch insurgents carry out terrorist attacks in Pakistan. Pakistani security forces interrogating him alleged that his mission was to disrupt the CPEC by using Baloch insurgents.

India, on the other hand, denied charges of its involvement in the BLA, and has denied that Jadhav was on a sabotage mission in Balochistan. Jadhav’s  family members told media that he had retired prematurely from the Navy and was now working as a businessman in Iran, where he was abducted. In December 2017, Pakistan allowed Jadhav’s wife and mother to meet him in Islamabad under close supervision.

The admission by India that Jadhav had been in the Indian Navy and his mysterious capture in Balochistan proves that he was definitely not there on a business trip, details of which can’t be ascertained. However, there is insufficient proof to connect Jadhav’s activities directly with efforts to sabotage the CPEC.

Political solution of the Balochistan conflict?

If claims that India is supporting the BLA are true, however, then this conflict will not end anytime soon. This means that attacks on the CPEC and Chinese interests will continue in some form because Baloch insurgents are strategically positioned to attack CPEC projects in Balochistan with ease. There is the presence of Baloch insurgents in the Makran division where the Gwadar Port is located. They can target the port and the highways connecting the port to the rest of the country. The port can never be fully functional as long as the Baloch insurgency continues to be a threat.

Therefore, the solution to this problem lies in the political solution of the Balochistan conflict. Pakistan can negotiate with Baloch insurgents by accepting all of their demands except for secession. Given the 13-year-long insurgency, Baloch militants will find it hard to refuse a tempting offer by the Pakistani state to end the insurgency.

China-Pakistan Economic Corridor (CPEC)
printTweet
You might also like
Back to Top
CHINA US Focus 2022 China-United States Exchange Foundation. All rights reserved.