No Flaring Up of This Old Sensitive Issue 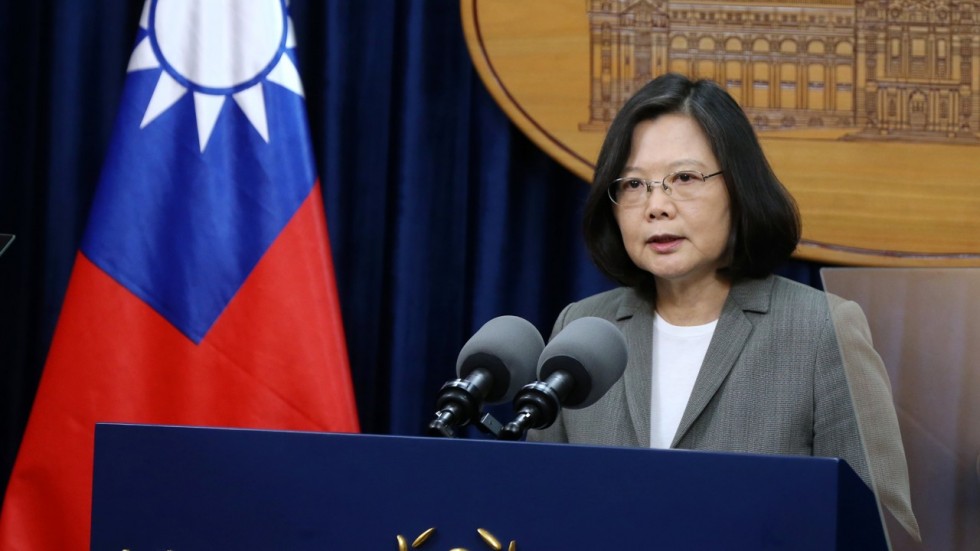 Recently, a few developments related to China’s territory Taiwan have caught the attention of international observers. First, at this year’s Shangri-La Asia Security Dialogue in early June in Singapore, US Defense Secretary James Mattis said that the Department of Defense remains steadfastly committed to working with Taiwan and with its democratic government to provide the defense articles necessary, consistent with the “obligations” set out in the Taiwan Relations Act. Second, US Secretary of State Rex Tillerson in mid-June told the Congress that the US adheres to the one-China principle while it also will honor all the commitments it has made to Taiwan. He mentioned that whether the one-China policy is still sustainable in the next 50 years is a complex topic that is under discussion on the US side. Third, as a result of the intense lobbying by pro-Taiwan political forces in the US, a few Congressmen in the House Asia-Pacific Group under the Foreign Relations Committee proposed a draft of a so-called Taiwan Travel Act, calling for exchange of free visits by senior government officials from the US and Taiwan in direct violation of the one-China principle. Fourth, a positive development of the one-China principle in the international arena: Panama severed so-called diplomatic relations with Taiwan on June 13, 2017 and established diplomatic relations at the ambassadorial level with the People’s Republic of China on the same day.

These developments have made an impact on Taiwan. Chinese Foreign Ministry spokesman Lu Kang noted that some people in Taiwan are getting some illusions because of the words used by the US officials. The leader of the Taiwan Region, Tsai Ing-wen, and her colleagues have appeared more antagonistic towards the Chinese mainland and have stepped up separatist activities. She has openly and loudly asked for the purchase of more advanced weapons from the US for the preparation of future wars against the Chinese mainland . It is obvious that US arms sales to Taiwan and the covert official contacts between the US and Taiwan have not only harmed the stability in the region, but also done big damage to Sino-US relations.

First, the one-China principle is the most fundamental basis of Sino-US relations. Historical evolution of bilateral relations since 1949 shows the central position of the Taiwan issue in bilateral relations. China and the US mostly regarded each other as hostile when the US had so-called diplomatic relations with Taiwan before 1979. When the US recognized the government of the People’s Republic of China as the sole legal government of China and the US government acknowledges the Chinese position that there is but one China and Taiwan is part of China, the two countries established diplomatic relations as of January 1, 1979. In the last 38 years, whenever the US side took action that seriously violated the one-China principle, Sino-US relations suffered a setback. In the past, US violation of the one-China principle has been mainly in two areas: official contacts and exchanges between the US and Taiwan, and US arms sales to Taiwan. Due to the obstinate attitude of the US side to honor the so-called commitments made in the Taiwan Relations Act and other domestic documents, troubles arising from the Taiwan issue to Sino-US relations are too numerous to mention. For the sake of the smooth and healthy development of Sino-US relations, it is of utmost importance for the US to strictly abide by the one-China principle by stopping all its official contacts and exchanges with Taiwan, and by reducing its arms sales to Taiwan, so that over a period of time, a final resolution can be achieved.

Second, the Taiwan Relations Act violates the one-China principle, and has been opposed by China all along. The Act is essentially a deliberate attempt by the US to continue to regard Taiwan as a “country” and the authorities on Taiwan as a “government”. It seriously infringes upon China’s sovereignty and interferes in China’s internal affairs. The provisions in the Act are not at all in keeping with the agreement between China and the US on the establishment of diplomatic relations. Troubles over Taiwan are hardly avoidable as the US still tries to honor its so-called obligations set out in the Act. What all parties need to be reminded of are the incalculable consequences of the US lingering on the wrong track when dealing with the Taiwan issue. Under the present situation, such consequences could be described in three possible scenarios:

1.  Encouraged by continuing US erroneous moves on the issue, the Taiwan separatist forces may resort to irrational political actions aimed at creating a situation of “Taiwan independence”. Under such circumstances, China would move to take over Taiwan for the country’s reunification as required by the “Anti-Secession Law” of the country.

2.  Continued upgrading of official contacts and exchanges between the US and Taiwan is equal to creating a situation of “two Chinas”. For the sake of safeguarding the country’s sovereignty, China would take decisive actions as it did in the mid-1990s or take other necessary actions in retaliation.

3.  China would certainly defend Taiwan and provide the people in Taiwan with peace and security. US arms sales have failed to help Taiwan to raise its defense capability, but only sow discord among Chinese people across the Taiwan Strait. The US weapons sold to Taiwan will belong to all Chinese people when the country witnesses reunification in the not too distant future.

All these three scenarios demonstrate that continued US honoring of its “obligations” set out in the Taiwan Relations Act would bring about no benefits, but high risks for the US.

Third, the Trump administration has a very good opportunity to work with China to resolve the Taiwan issue. At the inaugural China-US Diplomatic and Security Dialogue on June 21, 2017, Taiwan was brought up for consultation. The Chinese side reiterated its position while the US side reiterated that the US government adheres to the one-China policy and does not support activities splitting China. The press briefing by the US side after the Dialogue and the list of results of the Dialogue released by the Chinese side both show that no substantial fresh progress on the Taiwan issue has been made. It is known to all that the US side recognizes that many of the commitments it has made to Taiwan are in direct conflict with those made in the three China-US joint communiqués. Any careless or unbalanced move in honoring the so-called obligations made to Taiwan could wear out Chinese tolerance. In fact, there was a heated discussion in the Chinese media at the beginning of this year, which focuses on the ways and means to take over Taiwan for reunification of the country. Many Chinese agree that even taking into account possible US military intervention, Taiwan would return to the embrace of the motherland in several days. The format of the peaceful liberation of Beiping in the final days of the Liberation War of 1949 could prevail. In a certain sense, it reflects not only the realities of the contrast of strength on the two sides of the Taiwan Strait, but also the strong national sentiments for early reunification of the country. When this scenario becomes rality, the US one-China policy will have to be accepted as a simple fact.