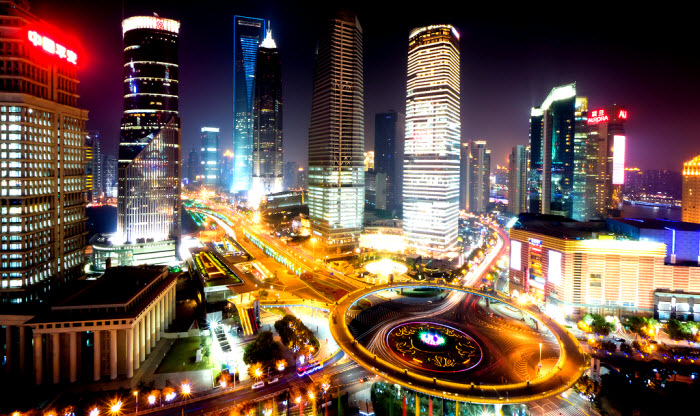 In China, it’s widely believed that the most important driving force for economic growth in the first quarter of century after the Cold War has been economic globalization. The world economy has expanded more than three times, lifting many people out of poverty. Such an unprecedented wealth increase would not have been possible without  economic globalization. The developed countries which were the first mover of globalization, have gained huge benefit from it. Many developing countries have also seized the opportunity, and China is a successful example. Under the leadership of the Communist Party of China (CPC), through painstaking reform and opening-up and with the Chinese people’s dedicated efforts, China has grown into the second largest economy and people’s living standard has significantly risen.

However, globalization is also criticized for its flaws and since the 2008 financial crisis, global wealth and trade has been shrinking and voices against globalization have grown louder. But we don’t think turning-back is an option.  In our view, the problem does not lie with globalization itself but the way it’s pursued in some aspects and its inadequate management. Global governance has not kept pace and the current international order and institutions are not coping with the new and diverse global challenges effectively.

The good news is that there are growing awareness and more and more concerted efforts to address these challenges, i.e. the establishment of the G20, the reform of IMF, the 2030 Agenda for Sustainable Development, and the Paris Agreement on climate change. But this is not enough. More needs to be done. We should achieve more balanced growth and distribution and make innovative reforms of the global governance as well as the international order and institutions.

In China, the 19th National Congress of the CPC was held in October. It acknowledged that the Chinese society has moved forward and what we now face is the contradiction between unbalanced and inadequate development and the people’s ever-growing needs for a better life. China has entered a new era and our task is no longer just to grow the economy. The domestic policy focus of the Party and the country now is to achieve better balance in development as well as fairer distribution，so as to meet people's growing needs for a better life. As President Xi Jinping put it, we should pursue innovative, coordinated, green, open and shared development.

China can’t pursue its goals in a vacuum. We need to maintain a peaceful external environment and to engage widely with the world for cooperation. The Party Congress calls for promoting a new form of international relations and building a community with a shared future for mankind.

For improving global governance, China proposes to reform the system through communication and cooperation to achieve shared results.

One example is the Belt and Road Initiative, the essence of which is connectivity.  China’s southern provinces face the ocean and are connected through the maritime route to the world market. Its deep west where the next wave of growth comes from can be connected to Europe through our Western and Northern neighbors. The Belt and Road Initiative will bring into play China’s unique advantages and make good use of its experience, technologies as well as capital to create more economic and trade opportunities to Eurasia and the world, stimulating new growth. It’s already achieving some results.

Globalization in other fields is perceived with mixed feeling. But after 20 years, I guess most of us now agree that the attempt to transform the world with Western values and political system is far from achieving all of its purposes，and new problems are added to old woes. The negative result is still haunting some countries, leaving many people and families displaced. The lessons are profound.

As an ancient Chinese saying goes, “sweet oranges grown in the south would taste sour once transplanted to the north. The orange trees may still look the same, yet the soil and climate conditions have changed.” This wise teaching that has come down in history reminds us of the importance to respect differences not to impose on others.

In world security, international cooperation is lacking partly due to the structural obstacles. The US, the strongest military power in the world, has failed to build an all-inclusive security framework after the Cold War. It prefers to take its military alignment as the pillar of the world security.

However, as we all know, the alignment is based on an exclusive security approach, and sometimes even leads to the insecurity of non-allies.  For example, the US has prioritized the interests of its allies in the territorial disputes in the East and South China Sea, while not willing to recognize the interests of China, which is not an ally.

The Korean Peninsula is an even more unfortunate example. After the Korean War, the US has maintained its military presenceand the Peninsula has been trapped inconfrontation for over half a century. Due to the deep mistrust between the US and North Korea, no peace agreement, be it bilateral or multilateral, could be fully implemented. The US, emphasizing the security of its own and its allies, has exerted mounting military pressure and called for continued sanctions; while North Korea, hoping to achieve ultimate security, and in disregard of regional security, has speeded up nuclear and missile tests, resulting in a vicious circle of action and reaction. The world is now witnessing a growingly dangerous situation.

For China, it’s important to strengthen its defense forces to protect the country and the people, and handle security challenges that confront China. For international security, China mainly plays a role within the UN framework. For example, China is the biggest contributor to peacekeeping among the 5 permanent members of the Security Council. The Chinese navy has actively participated in anti-piracy operations in the Gulf of Aden.

So, to conclude, we live in a changing world and the international cooperation and institutions need to keep up with the times. If countries maintain a closed bloc or an exclusive approach to security or stick to geopolitical competition, it would be hard to form synergy in countering rising new challenges. China hopes to see the world moving towards a community with a shared future.  The world should have a common roof for all, and to share not to divide.

(The article is based on a speech the authoer delievered at the Third Mediterranean Dialogue held in Rome on November 30, 2017)