With a population of over 1.4 billion people, waste management by necessity is a central question in China. Among older members of the population, thrift and mending are often still valued, but young Chinese people have grown up in an era when things have become more and more disposable. Bike sharing, food delivery, and online shopping are among the areas that have gained the most attention over the last two years for their reliance on single-use plastics, excessive packaging, and, in the case of bike sharing, the glut of vehicles that has filled fields with broken down or unused bicycles. 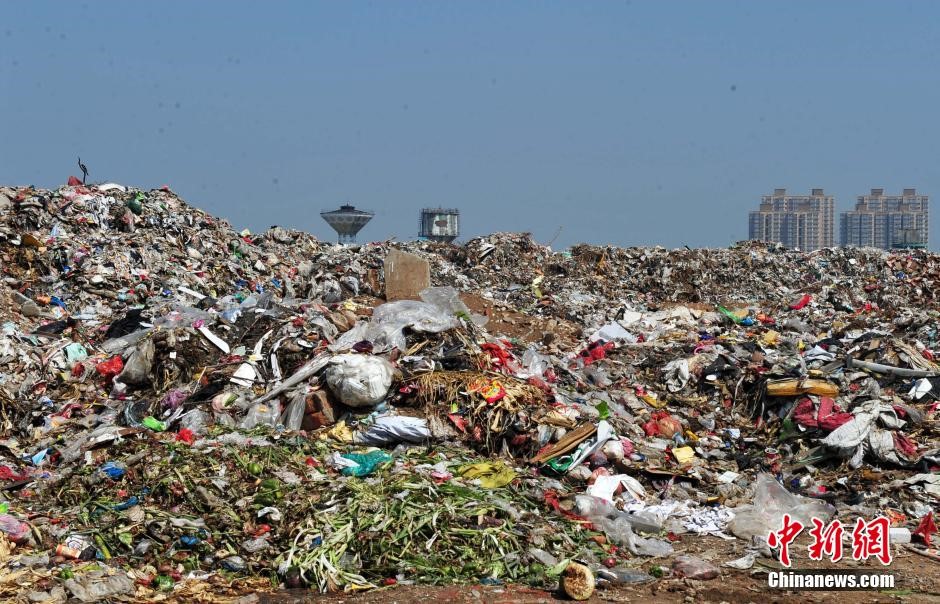 A 30-meter-high heap of trash in Hebei Province. Source: Chinanews.com

There have been a number of scandals over the last few years as the trash problem’s scale has been fully realized. In the city of Hangzhou and in Hebei Province, there have been instances of massive trash heaps that are not only unsightly, but also contaminate local food and water supplies. The “trash soup” runoff that seeps out of these trash mountains carries with it heavy metals and medical waste, not to mention the horrific smell that permeates the area surrounding the dump sites.

Because of the growing trash crisis and increasing efforts to boost environmentally friendly practices, the Chinese government has instituted a series of efforts to encourage recycling and trash sorting. The question is a difficult one, however, in terms of how to incentivize Chinese citizens to comply with recycling rules. A program in Guangzhou was introduced in 2018 that would fine residents for failing to properly sort their rubbish, though even when the regulations were introduced, Guangzhou authorities were uncertain of whether or not they would be enforced. The more popular approach has been to incentivize citizens to recycle through a rewards program, as is the case of an ongoing Beijing effort that gives locals points for sorting out their trash, which in turn can be redeemed for household goods. 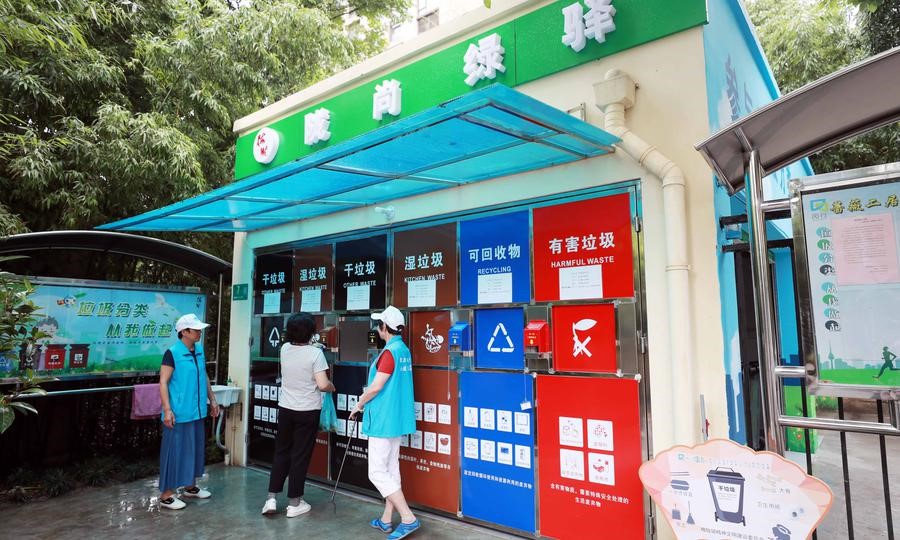 More recently, Beijing has decided to adopt measures similar to those rolled out in Shanghai over the last few months that make garbage sorting mandatory. The Shanghai regulations have been even stricter than those previously instituted in Guangzhou; residents are required to sort their waste into several different categories or are faced with a fine. The drop-off and pick-up places and times are limited and strict, likely in order to avoid the cross contamination that would render the sorting system useless.

If Beijing is able to institute such waste sorting measures, this strategy may succeed where previous reward systems have failed. One of the greatest criticisms levied against the rewards-based system is that it does nothing to discourage people from creating waste and, in fact, will ultimately generate more waste as people consume and dispose of the products they won through recycling.

These recent waste sorting shifts come amid broader international trends in China’s waste management strategy. Since the 1990s, China has had an entire industry dedicated to recycling many of the goods that are more challenging to process in countries like the United States and that previously were sent straight to US landfills. In 2018, however, China officially stopped accepting almost all of the trash sent by foreign nations that forms the base of the industry, after announcing the change a year prior. Because China’s role in the transoceanic recycling system is foundational, the nation’s abrupt refusal to accept any more waste has had a domino effect throughout the world. In South East Asia, some countries have leapt at the new opportunities that the recycling industry can offer, while others have already become overburdened and angered by the influx of garbage and have no interest in accepting foreign nations’ trash.

The connection between increased domestic recycling efforts and the freeze on accepting foreign waste is explicit. Earlier this year, China’s Ministry of Industry and Information Technology stated in a policy document that “large volumes of solid waste are already impacting and restricting the high-quality development of the industrial economy.” In China’s efforts to develop as a “moderately prosperous society” and build an ecological civilization, in the eyes of officials, it should focus on resolving its own domestic waste management issues instead of becoming the world’s dumping grounds. 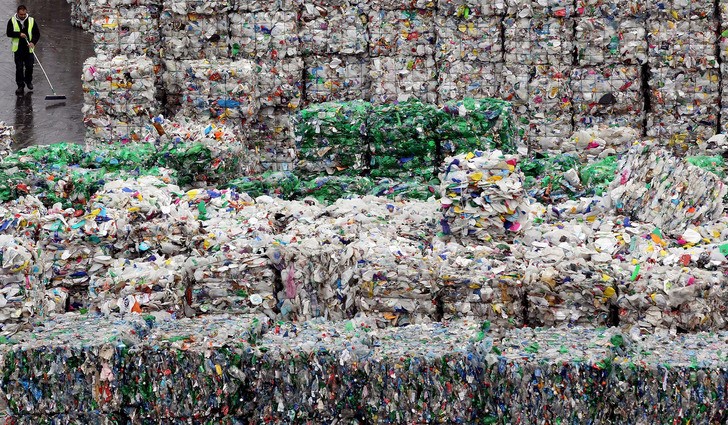 China put a moratorium on importation of bales of foreign trash in 2018, leaving countries like the US in a quandary about how to proceed. Source: Washington Post

On the other side of the trash-shipping relationship, however, in the US, the question of what to do with all of the waste that China will no longer accept has become increasingly urgent. While China produces about 1/3 of the world’s trash, the US produces significantly more per capita. Now, without China’s willingness to take on the US’s trash, waste management companies have limited options, usually either paying a much steeper price to recycle eligible waste or sending it to a landfill, as was common practice before the boom in Chinese recycling.

Some, like Jeremy O’Brien, the director of applied research at the Solid Waste Association of North America, believe that “we’re producing a lot of waste ourselves, and we should take care of it ourselves.” The issue, however, is that the systems to handle domestic waste are not in place; US recycling capacities pale in comparison to those of China, and because of the cheapness of raw materials such as plastic, there is usually a strong disincentive to use recycled materials. Additionally, the US no longer has the industrial demand for manufacturing materials that China has; until 2018, China was one of the final destinations of the US’ recycled materials. These factors combined—the cost of recycling domestically within the US, the cheapness of raw materials, and the lack of large-scale demand for recycled materials—mean that it is unlikely that positive results will come out of China’s trash ban for the US any time in the near future.

While China’s shift in its trash acceptance policy has roots in domestic environmental issues, it can also be linked to the trade war. As the US and China began to go tit-for-tat levying tariffs on an increasing number of goods in 2018, workers in the US scrap industry started to worry. Although China had already announced its trash ban, those workers are concerned that an escalation in tariffs between the two countries would make China even less likely to negotiate on its position on foreign waste. Furthermore, China is one of the biggest customers for recycling machinery manufactured by US. Chinese tariffs could make importing the machinery prohibitively expensive and further weaken the fragile US recycling industry.

It remains to be seen whether this year’s changes to China’s waste management system will finally gain the traction necessary to produce real results; such efforts have been attempted since the year 2000 without much success. The ability of China to focus on managing its domestic waste issues rather than the management of foreign trash, however, might offer an increased opportunity for a breakthrough. In the US, meanwhile, unless a waste management system as detailed as that of Shanghai is rolled out and recycling capacities are increased, it is likely that the trash will only continue to pile up.

China Environment Protection
printTweet
You might also like
Back to Top
CHINA US Focus 2023 China-United States Exchange Foundation. All rights reserved.