How U.S. Strategists Should View the People’s Republic of China 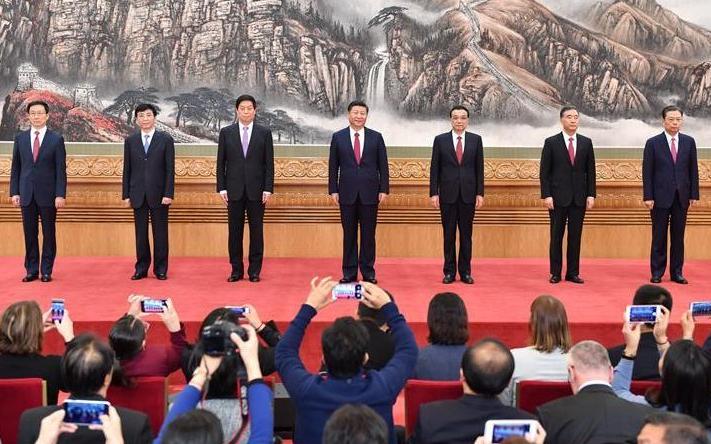 For centuries Americans held somewhat romantic views toward China, and especially the potential economic market for U.S. traders. Washington was prepared to use force against the doddering Chinese Empire, intervening in the Boxer Rebellion, for instance, but later challenged Imperial Japan over its brutal aggression against the hapless Chinese Republic.

However, the Communist revolution eliminated Americans’ illusions. The PRC and U.S. fought bitterly for more than two years in Korea, before agreeing to an armistice which still technically governs the divided peninsula.

Washington refused to even talk to the PRC until Richard Nixon’s 1972 breakthrough. Then China became a Cold War friend if not quite ally against the Soviet Union. With the end of the Cold War Beijing retained its hostile ideology, but appeared harmless in practice: reforming economically, weak militarily, cautious politically.

There was much hope that as the PRC expanded market freedoms and grew wealthier it would liberalize politically. Personal autonomy expanded greatly, as Chinese citizens gained the opportunity to advance freedom ideas as long as they did not directly challenge the Chinese Communist Party.

But President Xi Jinping has reversed any evolution into a freer society. To start, he has dramatically increased his own power. Although he may simultaneously be on the summit and at the precipice, now to oppose him is to oppose the CCP (Chinese Communist Party).

Moreover, he has dramatically reversed avenues of free thought: internet access and chatter, cooperation with Western individuals and institutions, academic independence and inquiry, Hong Kong’s personal and political autonomy, and more. Beijing also has made life more difficult for American businesses, which seem less important for China’s growth today than even a few years ago.

Whether the CCP can permanently suppress the desire for liberty among people as they grow wealthier and more confident is a question for the future. Today, at least, the U.S. faces what increasingly looks like an ideological as well as economic and political rival.

The National Security Strategy made several complaints against the PRC, including that it “gathers and exploits data on an unrivaled scale and spreads features of its authoritarian system, including corruption and the use of surveillance” and uses “its access to the U.S. innovation economy” to expand economically and modernize militarily. Moreover, Beijing’s “infrastructure investments and trade strategies reinforce its geopolitical aspirations.”

The PRC is “attempting to erode American security and prosperity,” “challenge American influence, values, and wealth,” “persuade other states to heed its political and security agenda,” “displace the United States in the Indo-Pacific region,” and “shape a world antithetical to” America. Further, “China has mounted a rapid military modernization campaign designed to limit U.S. access to the region and provide China a freer hand there.”

That’s quite a bill of particulars, officially denounced by China as “malicious slander.” Actually, the charges are largely true. But in many cases the proper response is: So what?

None of the listed Chinese machinations actually directly threaten America. No one believes the CCP is planning to conquer the U.S. or even seize American possessions in the Pacific. It’s hard to imagine China being in a position to defeat the U.S. in an aggressive war at any point in the foreseeable future. Imagine the increase in PRC firepower necessary to overcome America’s deterrent capabilities.

Rather, the PRC increasingly is challenging U.S. primacy, particularly Washington’s attempt to maintain its military domination of China’s “near abroad.” But defending, say, Manila’s claim to Scarborough Reef is not the same as protecting Honolulu, San Diego, and Seattle. America’s military reach no doubt is convenient for the U.S. and its allies, especially since none of them has ever evidenced a desire to spend generously on behalf of their own defense. But there is no vital security interest involved in preserving such dominance.

Moreover, almost every administration’s criticism could have been lodged against the U.S. at one point or another. Washington is spending more on the military to preserve its free hand. One of America’s early geopolitical objectives was compelling its neighbors to obey its dictates while expelling outside powers from its region, that is, Latin America. Donald Trump is attempting to use economic influence, including trade policy, to achieve his geopolitical ends. These are things that nations, and especially rising powers, do. While proclaiming Americans’ love of humanity, Washington often has been quite ruthless in its use of power, including military action.

In coming years Americans should have no illusions about the malign ideology driving China’s leadership. But that doesn’t preclude bilateral cooperation. Beijing was far more hostile when the Nixon administration originally made contact.

In developing policy, Washington should distinguish between vital and convenient. For instance, differences between challenges to U.S. primacy and security, as well as creative use and abusive misuse of American markets. Moreover, an overriding U.S. priority should be expanding access to information in China. Hopefully the PRC has changed too much to reverse its people’s expectations of a freer future. Because the Party says so no longer is an adequate explanation for the young, in particular.

Most important, it is critical for the U.S. to not treat China—and particularly the Chinese people—as the enemy. That requires accommodating nationalist aspirations akin to those which motivated the American republic as it aggressively overspread the North American continent. Including, painfully, recognizing the inevitable limits on pressing issues such as human rights. And Washington must find the right mix of promoting economic openness benefiting both nations while restricting what amount to assaults on economic and security secrets.

For its first two decades the PRC was anathema to the U.S. Not until Mao’s death in 1976 could one imagine normal relations between the two nations. Today the Chinese people have opportunities and freedoms once unimaginable. U.S. policy should focus on the long-term, encouraging coming generations in China to take control of their future.

CCPTrump and China PolicyChina-US RelationsChina’s Leadership
printTweet
You might also like
Back to Top
CHINA US Focus 2022 China-United States Exchange Foundation. All rights reserved.