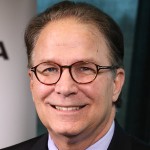 Tom Watkins has had a lifelong interest in China sparked by a great fourth grade teacher. He has worked for nearly four decades in the private, nonprofit, government, and academic sectors serving the citizens of Michigan as State Superintendent of Education, State Mental Health Director, and Assistant to the President of Wayne State University; also, President and CEO of the Economic Council of Palm Beach County, FL, and Managing Partner of WAY American Schools in China. You can reach Watkins at: tdwatkins88@gmail.com
123456...9 >   Total 89 (10 / Page)
Back to Top
CHINA US Focus 2022 China-United States Exchange Foundation. All rights reserved.