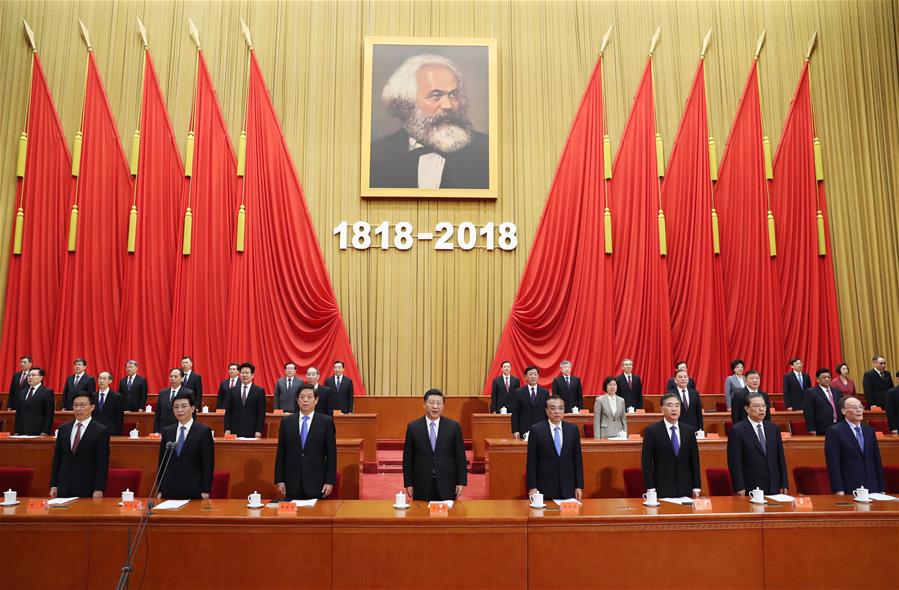 This year marks the 200th anniversary of the birth of Karl Marx, who was born in 1818 in Trier, Germany. At his birth, the Marx family was one of the wealthiest families in the picturesque Trier, and Karl could have followed his father’s footstepa and become a lawyer, enjoying wealth and social recognition in the community.

Instead, Karl Marx eventually chose a path of revolutionary social critique which led to his exile from his homeland. He spent the last few decades of his life in exile in London.

I visited the Karl Marx House in Trier in May this year. Previously, in 1985, I visited Karl Marx’s grave in Highgate Cemetery in London. The world has changed profoundly since Karl Marx put forward his revolutionary ideas of class struggle and the logic of social development which he believed would eventually lead to communism. At his birthplace as well as at his grave, albeit separated by 33 years, I could not resist thinking about the relevance of Marxism to the world today as well as in the future.

Marxism means different things to different people and different countries in the world. Western countries tend to focus on Marx’s emphasis on class struggle as the weapon to overthrow capitalism with socialism and eventually establish communism, thus labeling him as a revolutionary agitator and a destructive force against political stability.

For China, Marxism is the seminal starting point and the foundation of the political and ideological system today. China not only successfully used Marxism, especially the concept of class struggle, in founding the People’s Republic of China in 1949, but also developed socialism with Chinese characteristics which has brought about the spectacular success in its reform and opening to the outside world in the last four decades.

It is fair to say that, in the last four decades, no other country in the world has achieved as much as China in lifting hundreds of millions of people out of poverty, delivering tremendous economic development, improving productivity and efficiency, and building up infrastructure of all kinds. The Chinese people today enjoy better living standards, greater life expectancy, better health, and greater freedom than four decades ago. From China’s perspective, the most important conditions for its success are maintaining stability at home and keeping peace in the world. Only in this way, can China devote itself to economic development and improving the livelihood of the people. Deng Xiaoping called what China needed to follow “socialism with Chinese characteristics”, which philosophically means that China should avoid dogmatism and adopt pragmatism and realism in implementing socialism in China. “Socialism with Chinese characteristics” has become the most flexible and pragmatic approach to develop the economy and promote reform in China, freeing China from the dogmatic debate and conceptual argument about socialism vs. capitalism and focusing China’s efforts on what matters the most, i.e. economic development and improvement of the living standards of the people.

Chinese President Xi Jinping has provided a new framework for China’s reform and opening to the outside world, called “Xi Jinping thought for socialism with Chinese characteristics in the new era”, focusing on the new opportunities and challenges facing China in the new era. Xi has emphasized that China needs to continue to develop its economy, open to the outside world, deepen reforms, and promote the community of the common destiny of mankind by such efforts as promoting the One Belt One Road Initiative. Xi has drawn inspiration from Marxism in setting his eyes on the logical course of historical development and the mission for our generations in promoting economic development in China and in the world.

Never looking at Marxism as something static or carved in stone, China views Marxism as a living and ever evolving body of ideas which need to be adapted to the changing circumstances and the particular opportunities and challenges in every country. On the other hand, rather than losing sight of the mega trends of human development, China wants to keep abreast of global mega trends and align its development with mankind as a whole.

That is why, while some large country in the world is walking away from globalization and international commitments under the Paris Climate Change Accord, and the WTO, China is fast becoming the standard bearer of globalization, free trade, and environmental protection. While some large country wants to put itself first on top of the rest of the world, China is promoting inclusive development and win-win paradigms for all the countries in the world.

That is why the rest of the world should not be surprised by the fact that China this year marks the 200th anniversary of the birth of Karl Marx. China has ample reasons to be proud of its achievements and to believe that Marxism and socialism with Chinese characteristics are the guiding principles for its political and economic transformation over the past four decades. While no other country in the world can transplant the Chinese political system with Chinese characteristics to its own country and thrive and prosper as a result of that, China does believe that there are elements in the Chinese model which can be generally shared by other countries.

On the other hand, it is ironic that Karl Marx probably contributed more than anyone else to putting a more human face unto capitalism. Many capitalist countries in the world today have heeded to Marx’s warning of class struggle resulting from the cruel and ruthless exploitation of the proletariat and significantly improved the working and living conditions for the working class. Thus, in most developed capitalist countries today, capitalism rarely demonstrates the evils of exploitation condemned by Karl Marx during his politically active years.

Witnessing many new phenomenon and challenges, the world today is becoming increasingly flat and interconnected, and the community of the common destiny of mankind that President Xi Jinping is promoting is increasingly making sense to many countries in the world. If Karl Marx were with us today, he may say loud and clear, I told you so! I told you that the world need to be more fair and equitable, free from exploitation and oppression of one class by another, and mankind needs to enjoy more equality.

While other countries may have different ways of looking into the future, China believes that Marx is right and the world need to become fairer and more equitable and mankind need to enjoy the freedom from exploitation.

While we celebrate the 200th anniversary of the birth of Karl Marx, it is important to note that Marxism, in its traditional form as well as in its evolving and the dynamic form, is not only still alive and kicking today, but will be with mankind for many centuries to come.

MarxA Community of Shared Destiny for Mankind with Win-Win Cooperation at Its CNew Era
printTweet
You might also like
Back to Top
CHINA US Focus 2022 China-United States Exchange Foundation. All rights reserved.