Keeping Up with the Allies 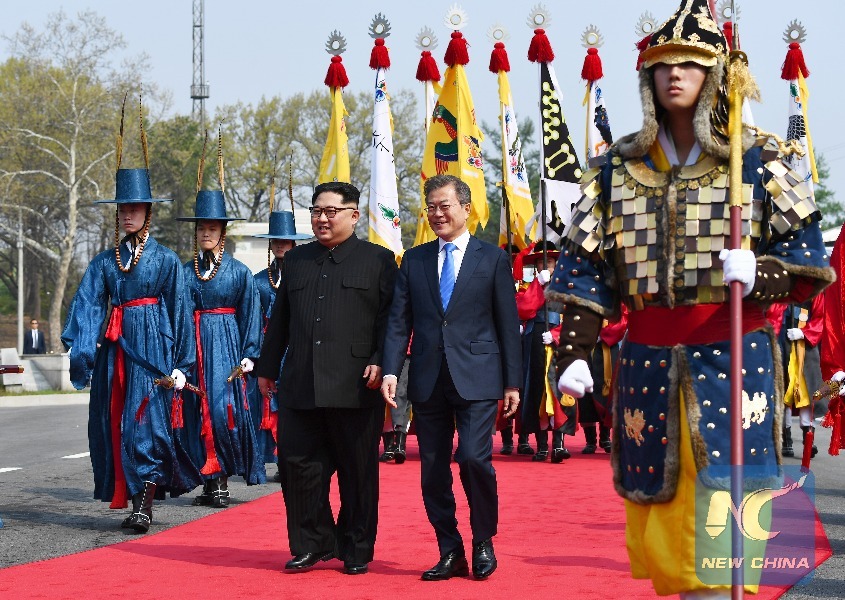 It’s been clear for months that the United States and the Republic of Korea (ROK) had different visions for how to move forward on North Korea (DPRK). But despite efforts from both sides to put up a unified front, it’s become obvious in the weeks since the third ROK-DPRK Summit that the Trump and Moon administrations are no longer on the same path. The most recent evidence of a growing divide was the dueling outreach efforts to Europe in October, with U.S. Special Representative Stephen Biegun traveling to Paris and Brussels to urge firm sanctions support as ROK President Moon Jae-In was attempting to sway European leaders to soften their stance toward his northern neighbor.

The Europe trip was a reminder not just of South Korea’s determination to forge its own diplomatic path, but that the separation between the United States and its ROK ally has implications beyond the peninsula. Although President Moon failed to get the support he’d hoped from European leaders, there is appreciation in some European capitals, and certainly in much of Asia, for the ROK’s engagement push. North-South diplomacy is not just picking up steam; there are signs, including plans to disarm the Joint Security Area, it may start to pay concrete dividends in reducing the military threat on the peninsula. If, and as, this occurs, more international partners are likely to be open to Moon’s arguments. Unless the White House can find a way to get back in the diplomatic driver’s seat, the United States may find itself in an increasingly precarious bargaining position.

The greatest irony of the U.S. predicament is that it is U.S. diplomacy and President Trump’s Singapore Summit with Chairman Kim Jong-Un that opened the door to the current situation. There was always a risk that once the United States eased the maximum pressure campaign, other countries — particularly those in Asia — would be more than happy to follow suit. Therefore, it was unsurprising to see China and Russia move rather quickly to call for a reassessment of sanctions; though both moderated their language to note this should occur “in due course.”

It’s not just China and Russia revising their stance. Many Southeast Asian partners were never keen on the idea of maximum pressure and are eager to “return to business as usual.” And even in Europe, while leaders refused to walk away from support for “complete, verifiable, irreversible denuclearization” during Moon’s visit, they have expressed warm support for South Korea’s efforts at rapprochement. During her August 2018 visit to South Korea, EU High Representative Frederica Mogherini pledged to support Seoul’s efforts “in all possible ways.”

But it’s not the predictable softening of sanctions support that poses the biggest challenge for the United States. The bigger question going forward will be to what degree countries are willing to begin integrating North Korea into the international community. There are already signs that whether the United States likes it or not, this train is leaving the station. As North and South Korea move to implement the Panmunjom Declaration, they are taking active steps toward a more normalized relationship, such as plans for new economic and railway linkage projects and removing guard posts from the Joint Security Area.

And while it might have seemed completely laughable a year ago to imagine that other nations could have more friendly relations with Pyongyang, that’s no longer the case. Beginning with the stunning scene of Kim Jong-Un taking selfies with Singaporean Foreign Minister Vivian Balikrishnan in June, there’s been a rather surprising about face in the international community’s willingness to engage North Korea. Malaysian Prime Minister Mohammed Mahathir announced his intent to reopen an embassy in Pyongyang shortly after the June Summit, suggesting Malaysia should “try to establish a good relation including a trade relation” with Kim Jong-Un. In late June, Indonesian President Joko Widodo invited Kim to join President Moon in Jakarta for the Asian Games. Russian President Vladimir Putin has invited Kim to visit Moscow. Meanwhile, President Moon carried a message from Kim Jong-Un to Pope Francis, inviting him to visit Pyongyang — an invite the Pope appeared to consider favorably.

Perhaps most surprising of all, Japan, one of the United States’ closest allies, apparently conducted secret talks with the North Koreans in July to ensure the issue of Japanese abductees continued to remain on the negotiating table. Prime Minister Shinzo Abe, one of the region’s staunchest hardliners when it comes to North Korea, then surprised observers in September by announcing in remarks to the United Nations that he would be willing to “break the shell of mutual distrust with North Korea, get off to a new start and meet face to face with Chairman Kim Jong-Un.”

On October 25, North Korea took another important step out into the world of diplomacy, for the first time sending a high-level North Korean military officer to participate in an international defense meeting, the Xiangshan Forum in Beijing. North Korean Vice Minister of the People’s Armed Forces, Kim Hyong Ryong, met with his South Korean counterpart at the discussion and offered remarks in which he outlined North Korea’s desire for a “stable peace” that would turn the Korean peninsula into “the cradle of peace and prosperity.” Though the meeting was hosted by the Chinese, and was therefore a more welcoming environment for North Korea’s first foray into international military diplomacy, it was nonetheless a major step forward in global affairs for the rogue nation.

All these signs point to the same conclusion: if North Korea continues to play its cards well, it is on its way to slowly carving out diplomatic space for itself on the international stage. For those who find this hard to imagine, one need only look back at the People’s Republic of China in the early 1970s. In spite of widespread suspicion and anxiety about Beijing’s influence in the region, Asian nations made a rapid switch to normalize relations with China in the early 1970s. Following the PRC’s assumption of China’s seat at the United Nations and U.S. President Nixon’s historic 1972 visit to Beijing, multiple countries moved quickly to recalibrate their relationships: Japan, Australia, and New Zealand in 1972, Malaysia in 1974, the Philippines and Thailand in 1975, and finally the United States in 1979.

To be clear, it will be years before North Korea reaches anything approaching a status quo position in the international community, and it is far from certain that North Korea will not undertake some new provocation that could turn the tides against further engagement. But given the way the winds are shifting, U.S. policy on North Korea is facing the prospect of being further and further outpaced by regional diplomacy. To avoid this outcome, the United States will need to work quickly to close the gap with Seoul and forge a middle path that provides some degree of support for North-South peace, while keeping U.S. allies and partners on side for what’s likely to be a long-haul effort to deter and contain North Korea’s weapons programs.

The announcement that U.S. Special Representative Steve Biegun will chair a new U.S.-ROK coordination group is a good sign the Trump administration is looking to bridge the divide with Seoul. Whether it can it can achieve this remains to be seen, but one thing is certain: if Trump continues to hold to his current maximalist position, the United States is likely to find itself sitting on the sidelines while its allies run all the plays.

North KoreaTrump Administration
printTweet
You might also like
Back to Top
CHINA US Focus 2022 China-United States Exchange Foundation. All rights reserved.