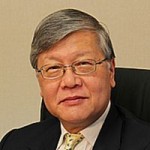 Andrew Sheng is Distinguished Fellow at the Asia Global Institute at the University of Hong Kong and a member of the UNEP Advisory Council on Sustainable Finance. He is also a former President of the Fung Global Institute, former chairman of the Hong Kong Securities and Futures Commission, and a former adjunct professor at Tsinghua University in Beijing.
< 12345 >   Total 43 (10 / Page)
Back to Top
CHINA US Focus 2022 China-United States Exchange Foundation. All rights reserved.