Blue carbon was first acknowledged as a field of study in the 2009 United Nations Environment Programme report in recognition of the ocean’s role as the earth’s most significant carbon sink. “Blue Carbon” processes naturally sequester atmospheric carbon dioxide into sediments and conserve marine ecosystems over the long run when it remains undisturbed. These ecosystems typically include coral reefs, mangroves, sea grasses, salt marshes, kelp forests, and more. According to the U.S. National Oceanic and Atmospheric Administration, coastal blue carbon ecosystems, including seagrasses, salt marshes, and mangroves, “store three-to-five times more carbon per unit area than tropical forests, and [sequester] carbon at a rate ten times greater than tropical forests,” making them a crucial component of a country’s carbon emissions stock. Marine protected areas (MPA) are necessary for conserving blue carbon resources in coastal and deep-sea ecosystems. However, history has shown that if geopolitics is the driving force behind their declaration, sovereignty disputes will only intensify. A new, enforceable, and comprehensive international treaty covering the creation of MPAs on the high seas must be drafted and ratified for blue carbon resources to be adequately protected globally.

Fortunately, there have been significant multilateral cooperative efforts addressing the need to incorporate blue carbon as a necessary topic of discussion despite its relative nascency as an internationally recognized field of study. The year 2019 was the first year in which ocean issues were put front and center of climate action, which was marked by Chile hosting the first ‘blue’ Conference of the Parties (COP25) in Madrid, Spain. A delegation led by the United States, the United Kingdom, Chile, France, and Costa Rica elevated the role that MPAs can play in climate change mitigation and outlined the need for blue carbon to be incorporated into each country’s’ nationally determined contributions. These conversations led to the establishment of the International Partnership on MPAs, Biodiversity, and Climate Change. During COP26 in Glasgow, the Partnership further raised the profile of MPAs by providing expertise and lessons learned from the respective member countries.

This new partnership has the potential to link numerous regions of the world together to provide a framework of best practices in conservation policy based on the best available science. Such collaborative efforts should be built out further so that Asia, Africa, and other regions can be better incorporated. As a result of the Partnership’s  efforts, along with other representative countries taking part in COP26, the Glasgow Climate Pact that was adopted under the U.N. Framework Convention on Climate Change now recognizes ocean-based actions as essential to addressing climate change. It also requires that an annual dialogue be held every May/June from 2022 onward to report back to the COP each year. Yet, the road to effective MPAs outside national borders is fraught with danger, particularly in regions of continued dispute.

Numerous successful examples of MPAs within national borders garner some hope for increased implementation, yet the situation is cloudier outside national borders and areas of disagreement. Even more threatening is the possibility of a country's unilateral declaration of an MPA to further destabilize sovereignty and sovereign rights disputes. Without mutual trust between stakeholders, such a situation can lead to dangerous encounters or even hot conflicts between coast guards and other flagged vessels. Suppose that China unilaterally declared and demarcated an MPA surrounding the entirety of the Spratly Islands in the South China Sea. Even if China dismantled its military installations on the artificial islands it created to fully develop the MPA, which remains a significant point of contention that the U.S. and its partners have with China in the region, the move would still raise tensions rather than alleviate them. A probable result would be for regional states to completely disregard it is invalid and illegal, as well as additional Freedom of Navigation Operations by the U.S. Such a theoretical reaction is not without real-world precedent. Every summer, China declares a fishing moratorium north of the 12th parallel in the South China Sea to address overfishing. By doing so, regional states view this action as China asserting its sovereignty over the region, leading states like Vietnam to protest and ignore it,  raising regional anxieties and negatively impacting potential fishery stock improvements.

As maritime disputes take an overwhelming amount of bandwidth in the international relations and policy community, the scientific community must find ways to remain a prominent part of the conversation. With ongoing sovereignty and sovereign rights disputes in regions like the South China Sea, the scientific community has an opportunity to play a mitigating role. However, extreme caution must be taken, as even environmental science and conservation efforts can be co-opted to serve political interests at the expense of actual progress. Unilaterally declaring MPAs has the potential to exacerbate marine conflicts rather than solve them. 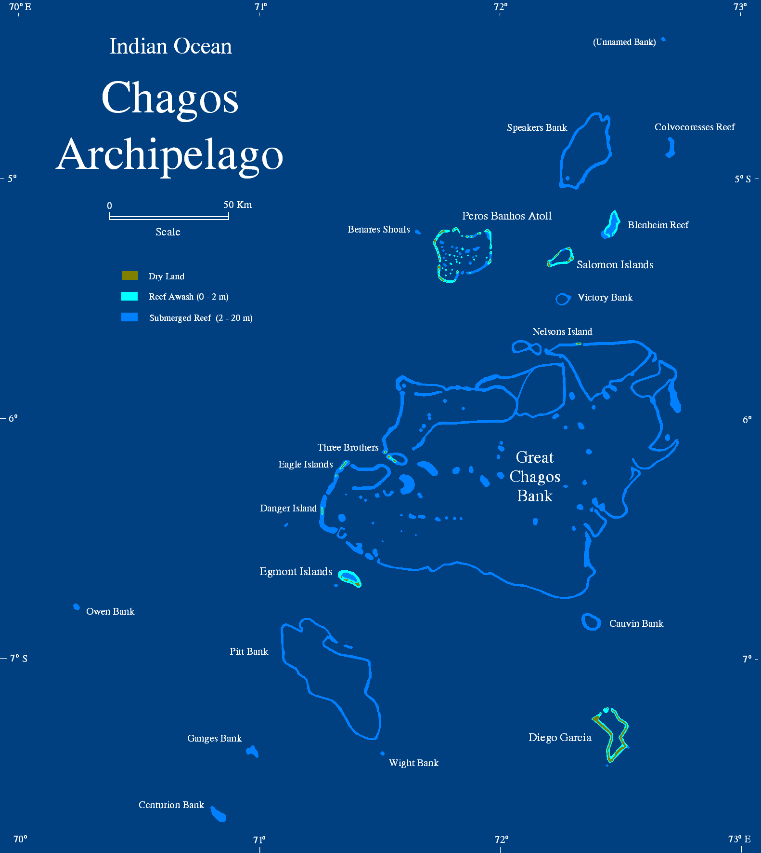 Unfortunately, this situation has already occurred in the real world. On 1 April 2010, the United Kingdom unilaterally established an MPA around the Chagos Archipelago, which extended 200 nautical miles from its baselines and covered an area of half a million square kilometers. The archipelago, subject of a decades-long sovereignty dispute between the UK and Mauritius, has also housed a joint UK/U.S. naval base on its largest island of Diego Garcia since the early 1970s. As a result of the MPA declaration, the Mauritian government launched an arbitral tribunal with the Hague, which ruled against the UK in 2015, arguing that its establishment violated international law as set out by the U.N. Convention on the Law of the Sea. Even further, according to Wikileaks CableGate documents, it was discovered that the UK had established this MPA for political reasons to prevent the archipelago’s former inhabitants from being able to return. As of 2021, the International Tribunal for the Law of the Sea concluded that the UK has no legal sovereignty over the Islands and should return them to Mauritius, a position that the UK rejects to this day.

Although this is only one such high-profile example, incidents such as this serve to greenwash and undermine international trust, ruining the potential effectiveness that MPAs could achieve by conserving their blue carbon resources. Countries will be less likely to apply MPAs as a potential mechanism to not only achieve carbon emission goals but also to remove a potential pathway for shelving tensions in highly disputed waters like the South China Sea. However, suppose blue carbon resources are adequately conserved in both coastal and open sea ecosystems, as well as applied to the nationally determined contributions of Paris Agreement signatories. In that case, MPAs must be negotiated through bilateral or multilateral agreements. Otherwise, MPAs will simply become another mechanism for a state to assert sovereignty claims in contested waters. Without addressing geopolitical tensions at the multilateral level through a more comprehensive multilateral treaty on MPAs in the high seas, blue carbon-rich regions like the South China Sea cannot be adequately protected without the risk of conflict.

South China SeaEnergy SecurityGeoeconomicsGeopolitics
printTweet
You might also like
Back to Top
CHINA US Focus 2022 China-United States Exchange Foundation. All rights reserved.