Beijing’s ‘Micro-Stimulus’ and the Future of China’s Economy

On Wednesday, Beijing’s National Bureau of Statistics announced that the Chinese economy grew a better-than-expected 7.5% in the second quarter of this year, up from 7.4% in Q1. Analysts hailed the result and pronounced Premier Li Keqiang’s “micro-stimulus” plan a success. 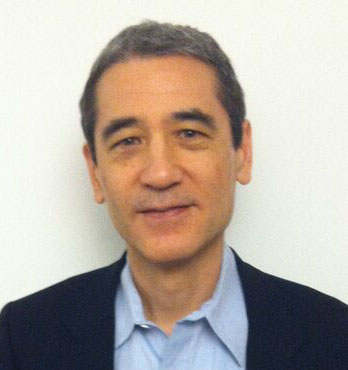 Who has the hardest job in the world? One candidate is Li, responsible for keeping China’s growth on track. The Q1 figure, for example, was the product of an agonizing series of compromises, and challenges he faces in the quarters ahead will be far tougher than the ones he has overcome up to now.

Li’s principal problem is that his predecessor as premier, Wen Jiabao, chose to defer the ill effects of last decade’s global downturn with a large stimulus plan, announced in November 2008, to spend 4 trillion yuan. That effort, when combined with massive state bank lending, created the biggest governmental spending program this century.

Wen engineered high growth in 2009 and 2010—9.1% and 10.4%, respectively—with essentially unrestrained spending, but he left Li with, among other things, “ghost cities,” an overly large state sector, a monumental property bubble, and a debt mountain. The former premier postponed a reckoning, but by doing so made the underlying imbalances in the economy larger, thereby ensuring a severe adjustment after he left office.

Li had to figure out how China would make that inevitable adjustment. He has decided to try to let the air out slowly, maintaining growth with “micro-stimulus” while adopting structural reforms to move from an investment-led growth model to one based on consumption. His plan is pitch-perfect, but it is almost impossible to implement well.

Why? Among other reasons, it now takes ever-larger amounts of debt to produce the same amount of gross domestic product. In 2007, China created 83 cents of GDP for every dollar of new lending. At the beginning of last year, that output had fallen to 17 cents. Today, we’re talking something like a dime. So more debt still equals more gross domestic product, but the math for Beijing is becoming increasingly unfavorable. China is now accumulating debt at least two times faster than it is growing, and perhaps seven times faster, once official estimates of growth are properly deflated.

The problem for Li is that his “soft landing” scenario contemplates the continual rolling over of bad loans, many of them created by Wen’s lending splurge. As the volume of loans continually increases, there is less credit available for new projects. At some point, financial institutions will run out of capacity to lend. For an economy requiring debt to grow, the eventual unavailability of credit is a prelude to a precipitous fall in growth rates—and perhaps to even a wrenching contraction. Economists call the final break in confidence a Minsky moment. In common parlance, that’s known as the Lehman tipping point, where asset values plunge and an economy goes into freefall.

How much time does Li have to get China on sustainable ground? The widely followed Michael Pettis of Peking University’s management school argues that, although no one can know for sure, “the current rates of credit expansion can continue at most for another 3-4 years.”

That assessment sounds reasonable if analysts such as Haibin Zhu of JPMorgan are correct in believing that China is coming out of a trough. “Overall, the key message is significant recovery in the second quarter,” Zhu told the Wall Street Journal.

Yet Zhu seems too optimistic. The economy appears to be in worse shape than headline economic indicators suggest. “The real news,” write Leland Miller and Craig Charney of China Beige Book International, “is that this slowdown may be the beginning of something much more important: weakness, perhaps of unprecedented degree, in both capital expenditure and loan demand.”

Miller’s and Charney’s China Beige Book, a private survey of 2,200 businesses across China, shows that in Q2 companies, because of a lack of promising opportunities, did not apply for much new credit, unlike the corresponding quarter in 2013. Alarmingly, rates in the shadow banking sector, where much lending takes place, were lower than in the state bank sector, an indication of failing demand.

Premier Li, of course, is putting the best face on the situation. “We will keep up our composure and not adopt strong stimulus,” he said this month. “Instead, we will increase the strength of targeted measures.” Yet there are signs he in fact panicked in the early part of last quarter. For instance, he dispatched eight inspection teams to localities around the country to make sure cadres spent all their allotted sums quickly. The effort was successful because in June fiscal spending hit 1.652 trillion yuan, 26.1% more than in the same month last year.

The real sign that Li lost his nerve, however, is the big increase in lending last month. Chinese financial institutions issued 1.08 trillion yuan in new renminbi loans compared to 870.8 billion in the preceding month. Total social financing skyrocketed 40.7% from May, largely the result of off-balance sheet credit. M2, the broad gauge of money in circulation, was up 14.7% year-on-year. If the China Beige Book survey is correct, the June loans largely went to state entities, especially the semi-legal local government financing vehicles, some of the least creditworthy borrowers in the country.

As Chester Liaw of Forecast in Singapore noted, “the money swirling in the market reflects the urgency of the authorities to ramp up economic activity.” Li, by borrowing his predecessor’s short-term tactics, is choosing growth over reform.

As a result of this unfortunate choice, we can expect impressive growth in the next several quarters, but the expansion will not necessarily be a positive sign. After all, today no one praises Wen Jiabao’s wholesale dumping of cash into the economy, and that is exactly what Li is doing at this moment.