China Is Winning the Trade War with America for Now 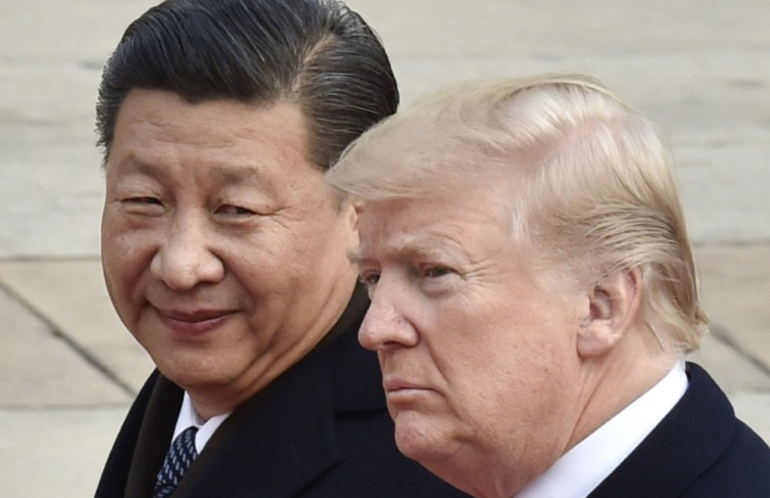 Earlier this year, the US president expressed fury about the size of America’s bilateral trade deficit with China and imposed escalating tariffs on $250bn worth of Chinese imports. The assumption inside the White House was that this would cause the deficit to shrink, since American companies would produce more goods at home and/or find ways to avoid costlier imports.

But that theory has not played out — or not yet. Far from it. Last week the US government released data showing that America’s deficit in traded goods with China jumped 4.3 per cent in September to a seasonally adjusted level of $37.4bn, a record high. This was due to a thumping 8 per cent rise in American imports from China. Exports, however, remained broadly flat.

And while monthly data are notoriously unreliable, the trend is clear: in the third quarter as a whole, America’s deficit with China reached $106bn, up from $92.9bn in the same period last year, also due to a startling rise in imports. For the year to September, the tally was $305.4bn, compared with $276.6bn last year.

Now, from a macroeconomic perspective, this should not matter. After all, an obsession with bilateral trade deficits is ridiculous in a multilateral trading world, where trade in services matters as much (if not more) than in goods. The White House would do better to focus on areas where the US has legitimate grievances with China, such as intellectual property abuse, not shipments of steel.

But this economic logic is unlikely to sway Mr Trump right now, least of all when the White House is preparing for a meeting with Chinese president Xi Jinping. So it is worth asking why the bilateral statistics are moving the wrong way.

Part of the explanation is — ironically — the US’s current economic strength: fast growth usually sucks in more imports. (Or, as some of Mr Trump’s own advisers used to half-jokingly tell him, with limited success, the easiest way to solve a trade deficit is to create a recession.)

A second contributing factor might be a time lag issue: American companies have scrambled to stockpile imports to protect themselves from the trade disruptions. A breakdown of the data suggests, for example, that the sectors which are already subject to tariffs (such as steel) experienced a particularly notable spike in imports earlier this year, which is now subsiding.

But there is another possible explanation that is now being quietly mooted by groups who follow the intricacies of global trade: China might actually be winning the optics (if not substance) of the early round of the trade fight. “The expansion of the US trade deficit with China . . . is a sign the trade war went against America” in September, Panjiva, a trade data aggregation service observed last week. Or as Soren Skou, the chief executive of AP Moller-Maersk, the shipping company, noted during an earnings call on Tuesday: “It is an ironic development, but after Trump has turned up the volume, the US has only increased their imports from China even more” — even as American exports in sectors such as soyabeans have collapsed.

Mr Skou partly blames this on stockpiling. But, strikingly, he suggests that the position of Chinese companies in the supply chain means that they find it easier to source substitutes for American products than the US does in replacing Chinese imports.

A third crucial issue, Mr Skou says, is that Mr Trump “can’t tell Nike, Walmart and The Home Depot that they can’t import from China”. So he predicts that American companies “will continue to import [from China] and will work on solutions”, just swallowing the hit to margins (which, of course, is being partly offset now anyway by the weakness in the renminbi).

Beijing, by contrast, can simply order its state-controlled companies to switch their trading patterns — and is probably doing so, given that the Chinese government (unlike the chaotic White House) has a centrally co-ordinated negotiating position and agenda.

So does this mean that Beijing will fail to make concessions in negotiations? Not necessarily. After all, China’s economy is probably more vulnerable to a trade war than America’s, and the picture could change if (or when) stockpiling ends. But, if nothing else, the “ironic twist” — to use Mr Skou’s phrase — in those pesky statistics shows how hard it is to predict the precise consequences of a trade war. And perhaps the folly of underestimating China as an adversary — particularly if it stays disciplined, determined and untroubled by democracy.

Trade WarCold WarXi JinpingDonald Trump
printTweet
You might also like
Back to Top
CHINA US Focus 2022 China-United States Exchange Foundation. All rights reserved.