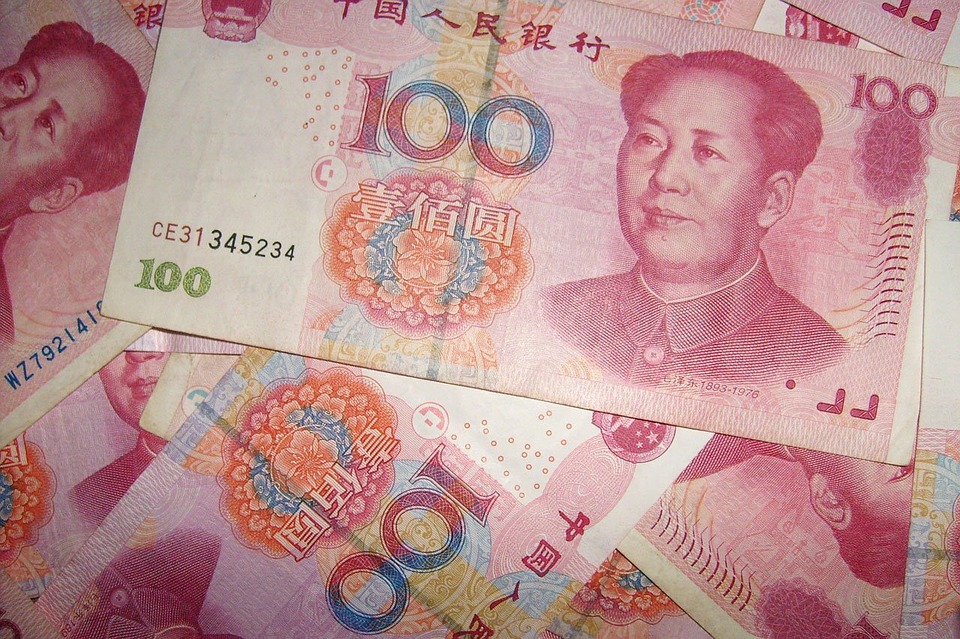 The trade “war” between the United States and China continues to escalate. So far, the U.S. has imposed tariffs on Chinese steel and aluminum products, leading the Chinese to retaliate with matching tariff rate increases on $3 billion in U.S. exports in the spring.

The total amount of trade now affected by large tariff rate increases both ways is $106 billion. The products covered includes a diverse list of items including soybeans, semiconductors, railway cars, almonds, and backpacks.

This disruption in trade flows has not led to a negotiated outcome yet, hence the U.S. is planning to up the ante again by imposing 25% tariffs on another $200 billion in imported goods from China starting in September.

So far, the focus of trade actions has been on increasing costs at the border for goods. But for China, keeping up reciprocal rate hikes is becoming a problem, since Chinese firms do not import as many products from the United States as China exports to the U.S.

The hope of the American administration is that the Chinese government will recognize the impossibility of matching tariff increases and return to the negotiating table in earnest to resolve the issues around U.S. Section 301, including problems with intellectual property and forced technology transfer.

However, this rosy scenario may not materialize. Just because the Chinese cannot continue to match American actions on tariffs does not mean that China has no leverage it can exert.

As David Baldwin pointed out in his 1985 book, Economic Statecraft, countries have a variety of options available in their economic toolkit. While the primary focus at the time was on the use of sanctions as a “weapon” short of armed conflict, he also highlighted other economic tools that could be used to achieve foreign policy outcomes.

One tool is the use of monetary policy, including the adjustment of the value of a country’s currency.

Currency adjustment is a blunt tool, rather than a surgical instrument. It affects the value of every item in the economy with every trading partner and is, consequently, not used as frequently as might be expected. But it can have utility in trade as a lower value currency will make exports cheaper. In a trade war, currency movements can offset tariff increases.

Devaluing currency also drives up the cost of imports. Given the integration of Chinese firms into supply chains across Asia, a lower yuan is not automatically beneficial. Many of the products produced and assembled in China for the domestic market and for overseas consumers are created with raw materials and components sourced globally. A falling yuan can raise the prices for each of these items and may more than offset any cost savings in exports.

Despite the mixed effects of currency movements, recent U.S. administrations have been concerned about China using yuan devaluation as a tool of economic statecraft. American law requires the U.S. Treasury to report semi-annually on the macroeconomic and foreign exchange policies of major trading partners.

During the presidential election campaign, Donald Trump promised to name China a currency manipulator. Such a designation would trigger a host of economic sanctions from the United States, yet, once elected, his administration declined to do so.

The launch of tariffs, though, also coincided with a fall in the value of the yuan, leaving many commentators wondering if the Chinese government had decided to explicitly intervene in the foreign exchange market to counter the damage from the trade war.

However, the fall of the currency can also be seen as a natural byproduct of the escalating trade war. The collateral damage from the U.S.-China trade war is likely to be substantial. Hence, currency traders and ordinary business operations are putting the yuan under substantial pressure.

In response, it appears that the Chinese government is now trying to stabilize the situation, rather than allow the currency to continue to depreciate. The People’s Bank of China has returned to a method of counter-cyclical operations, to try to keep the yuan relatively fixed.

Thus, while China’s government could certainly lower the value of the yuan to cope with an escalating trade conflict, it appears to have taken this option off the table for now.

The removal of the yuan from policy options does not leave China bereft of ideas to counter American actions. While China cannot match dollar-for-dollar tariff increases beyond another $60 billion or so, it still has considerable power to disrupt trade in other ways.

For example, China could focus attention on American service exports, which are substantial. Government officials in China might opt to closely scrutinize paperwork, licenses, permits, and so forth, of American operations in China. All U.S. imports of goods into China might be subjected to additional safety or security checks that might take weeks to complete.

In short, China can retaliate, should it choose to do so, even without using the blunt tool of yuan recalibration.

Unfortunately for the global economy, the two sides do not seem to have a clear “off ramp” to resolve their dispute, opting instead to ramp up pressure in the hopes that the other side will concede. There are many options in the economic toolkit that might be used in the meantime, meaning this conflict is likely to continue for some time.

YuanChina-U.S. TradeTrade War
printTweet
You might also like
Back to Top
CHINA US Focus 2023 China-United States Exchange Foundation. All rights reserved.