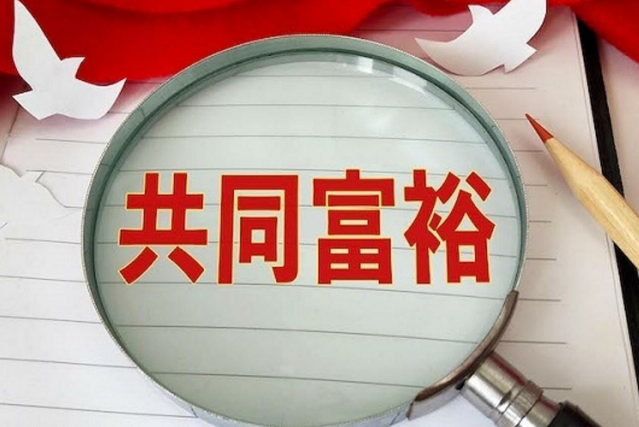 Chinese policy makers have been engaged in a massive regulatory crackdown for over a year. A number of sectors have been affected, starting with the tech sector, followed by the education sector. At the same time the real estate sector has also been severely affected by a specific regulatory crackdown (the three red lines) and a more general antitrust push has also taken place. In addition, President Xi Jinping has put at the top of the agenda the quest for common prosperity. Below I will be reviewing three major issues related to China’s regulatory crackdown and how it may be related to increasing the power of the state in the economy.

Data issues in the tech sector

The Chinese tech sector has gone through a number of regulatory changes, many of which related to data ownership. The fact that the Chinese government has clearly ramped up regulations in the digital space and enforcing against Chinese technological champions has thus come as a shock to non-Chinese observers. Along those lines, China’s Personal Information Protection Law (PIPL) came into force on 1 November 2021, with some influence from the EU’s General Data Protection Regulation (GDPR) playbook but with more leeway when it comes to the government’s enforcement ability. Finally, the forthcoming Internet Information Service Algorithmic Recommendation Management Provisions regulation will attempt to address concerns that plague tech regulators around the world: disinformation, nudging and algorithmic manipulation, online user addiction, and price discrimination. What is clear though, is that the state will have much more control on data and tech companies and that the path forward is unchartered territory. In other words, it is unclear whether the top-down rules defined by regulatory authorities are compatible with a smooth online experience.

When Ant Financial’s initial public offering, which should have been one of the biggest listings of all time, was suddenly canceled in November 2020, China’s antitrust policies became (and have remained) a huge topic of discussion both in China and globally. While initially deemed an isolated case due to the company’s refusal to accept a tougher regulatory environment for lending practices, it quickly became apparent that China’s antitrust policies were much broader and had started much earlier. Looking at the spectrum of antitrust cases so far, one can think of several reasons why the Chinese authorities may be stepping up and deploying their arsenal of antitrust measures. The first reason is the increasing size of Chinese companies and their oligopolistic behavior in key sectors. These sectors, fintech and e-commerce, have been the target of recent antitrust measures. Interestingly, oligopolistic practices can also be found in old sectors dominated by state-owned enterprises such as energy and even the transport sector, although they have remained largely unscathed by the government’s antitrust push. Another good example is the ICT industry, where very few players, such as ZTE and Huawei and more recently Xiaomi in the hardware space, dominate the scene. Similarly, China Mobile and China Unicom dominate the telecom sector, in which foreign participation remains capped even after China’s renewed liberalization measures like the foreign investment law. No antitrust measures have been announced so far there. Against this backdrop, a more subtle – but possibly relevant – explanation of Chinese policy makers’ decision to step up antitrust measures is to increase state control over key private actors dominating new markets, especially in the fintech and digital space. Chinese leaders could consider this all the more necessary given these sectors’ economies of scale and network externalities but, most importantly, the data which can be accumulated about consumer preferences and beyond.

Common prosperity as an additional reason for regulatory crackdown

One of the key traits of China’s post-pandemic reality is President Xi’s push for better income distribution through the achievement of so-called ‘Common Prosperity.’ In the crackdown on the education sector, the link with ‘common prosperity’ is quite obvious. Inequitable access to private education is one of the main reasons for worsening income inequality, especially among young people. The third crackdown is in the real estate sector, which is possibly the most important contributor to worsening income inequality due to the rapid growth in house prices sustained over many years. Housing affordability has continued to worsen and access to housing, or the lack thereof, has long been a key factor in explaining income disparity. The unrelenting increase in housing prices stems from the lack of investment opportunities for Chinese households in a financial system with little choice and no access to foreign assets. To cater to this demand and faced with increasingly expensive land which has long been the main tax base of local governments, real estate developers leveraged themselves in order to afford land. Limiting and bringing this leverage under control was another key reason for the government crackdown, which also wants to moderate house prices so as increase housing affordability. The solution to the unsustainable debt accumulated by real estate developers, especially private ones, has been a combination of bond defaults (especially on their dollar issuance) but also a take-over of private developers by state-owned banks a much bigger role of local governments and regional banks (also dominated by local governments) to rein in the sector in the direction of a meager- but stable- growth of property prices which can help the Party’s goal of improving common prosperity

All in all, the ongoing regulatory crackdown in China is indeed becoming central in the government’s policies and certainly to President Xi’s vision of China’s new step into a socialist economy with Chinese characteristics. Such crackdown is bringing the state towards an even more central role in the Chinese economy, whether it is through data or antitrust policies, or the takeover of the once privately dominated real estate sector.

China’s EconomyChina’s ReformThe Governance Of ChinaAlibabaWeChatFintechCommon Prosperity
printTweet
You might also like
Back to Top
CHINA US Focus 2023 China-United States Exchange Foundation. All rights reserved.