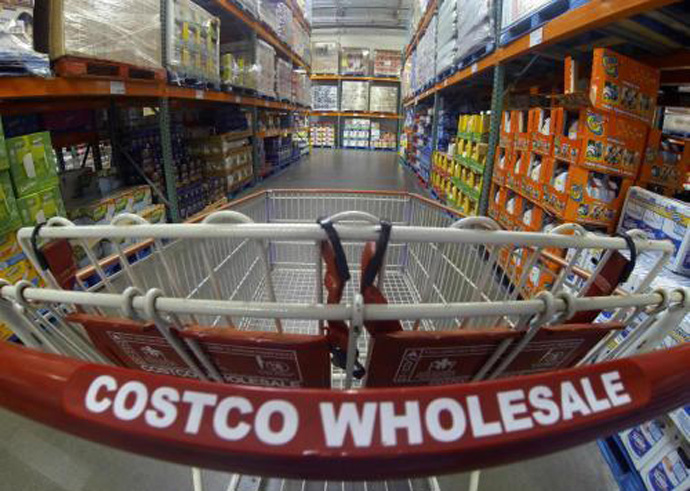 Costco, the largest membership-only wholesale corporation in the United States, finally opened its retail store in Shanghai. On its first day of business, so many customers swarmed into the store that it had to temporarily close. The frenzy continued for several days afterward. This was but another illustration of the strong purchasing power of Chinese consumers.

During these tense times of the China-U.S. trade war, Costco’s gamble has demonstrated to U.S. firms in China and those considering a move, that, one, the Chinese market still has enormous potential, and two, U.S. firms cannot live without China.

More than one year into the trade war, many analysts have assumed that China is the relatively disadvantaged party based on a number of assumptions. The United States dominates core technologies, whereas China is a low-cost contract manufacturer. The United States has the flexibility to move factories from China to other countries such as Vietnam and Indonesia (as it is in fact doing). U.S. firms can continue seeing tremendous profits brought by cheap labor, while China would face huge job loss and manufacturing declines, which may trigger deeper social challenges. Therefore, China will inevitably compromise. Such an analysis isn’t completely groundless. Yet when it comes to trade, both a seller’s market and a buyer’s market must exist simultaneously – no wise business favors fine products without a market to which to sell them.

Indeed, China has become many U.S. firms’ largest or second-largest market, and its rate of growth is far ahead of other markets. For example, 2018 sales in China for General Motors, one of the top three companies in the American auto industry, again surpassed its home market. China has been the company’s largest market for several years running. Similarly, despite facing challenges from Chinese competitors, iPhone export to China remains twice as much as that to Japan, and three times the total shipments to the rest of the Asia-Pacific region. China remains the second largest single market for iPhones. Rapid economic growth in China over the past four decades has raised an enormous middle class, at a scale beyond comparison with other countries, and those customers are now at the peak of their consuming power.

The United States certainly can move factories to other countries and the government can exert extreme pressure with tariffs. But what if the Chinese side were to retaliate? As of today, Chinese counter-measures against the U.S. have been rather restrained – neither the rate of tariffs nor the scale of tariffs that China has imposed are as large as those of the United States and such measures are mainly limited to some fields like agriculture. However, even though Chinese counter-measures have not targeted them, the U.S. auto and chip industries have already been affected by growing hostilities between the two sides. Qualcomm, the U.S. top chip exporter, provides a clear example. Due to the trade war and the “Huawei Ban,” Qualcomm’s revenue from March to June fell 13 percent from the same period last year, with net profits sliding 34 percent. Its main competitor, Intel, has similarly struggled.

Without U.S. technologies and products, China will be unquestionably hurt. But what if U.S. firms lose the Chinese market? Companies are profit-driven; embracing the global market is their best option for sustainable development. Only by constantly expanding markets and increasing revenues will companies be able to continue investing in research and development, maintain market shares and sustain a virtuous business circle. Government subsidies cannot make up for the damage of losing a market. What U.S. firms have accomplished in the Chinese market cannot be replaced with any other single market. If the Chinese side does fully enact retaliatory tariffs, the United States cannot find a second market to offset losses.

Chips and iPhones are “hard products” that tangibly reflect the consumption capacity of the Chinese market. Yet there are also “soft” services such as finance, catering and even education that are capitalizing on the Chinese market. Such U.S. industry giants as Tricon Global Restaurant, Inc. (parent company of KFC, Pizza Hut), Hilton and Starbucks have long-established roots in China. Costco’s landing is yet another example of U.S. firms’ expansion in the Chinese market. Finance, insurance and legal services – industries where the United States maintains global leadership – have all seen the potential of the Chinese market and are waiting for opportunities to seize.

In some cases, China offers American firms in the service sector the only market that can deliver immense profits. Europe has its own financial giants, who are in competition with U.S. firms. In dining and living styles, Europe is not embracing American fast-moving commercial culture – Starbucks, for instance, is growing very slowly there. In Japan, existing domestic companies remain strong and vibrant under the local government’s umbrella. China is the only country that both has the market and is eagerly receptive to American products and ideas. In fact, throughout the trade war, the United States has slung accusations that China is taking money from U.S. pockets via exports, neglecting the reality of U.S. firms’ constantly growing market share in China’s service sector. In step with the opening of the Chinese market and the transition of the Chinese economic structure, the service industry in China will thrive even further. If China and the United States can coordinate appropriately, more U.S. firms will profit.

In the past 40 years since China and the United States established diplomatic relations, China has seen investments from many U.S. firms and achieved rapid economic growth through original equipment manufacturing. In the meantime, U.S. firms and customers have not only enjoyed reasonably high-quality low-price products, but also occupied market shares in different sectors and grasped the top end of the global industry chain. Many companies have even found opportunities for second-time development by entering the Chinese market. China certainly needs American products and the United States cannot live without the Chinese market.

An open, economically vibrant China will benefit the United States far more than an isolated, depressed China. The dispute between China and the United States may not be just about trade friction, but trade is one of the cornerstones that fundamentally affect national strength, people’s livelihoods and social stability. China-U.S. economic and trade mutual reliance is a result of historical development and neither side can afford a complete “decoupling” at present. The two parties should reasonably manage their differences and disputes for the benefit of their respective economies.

Trade WarAmerican Business in China
printTweet
You might also like
Back to Top
CHINA US Focus 2020 China-United States Exchange Foundation. All rights reserved.