Don’t Give Up Eating for Fear of Choking 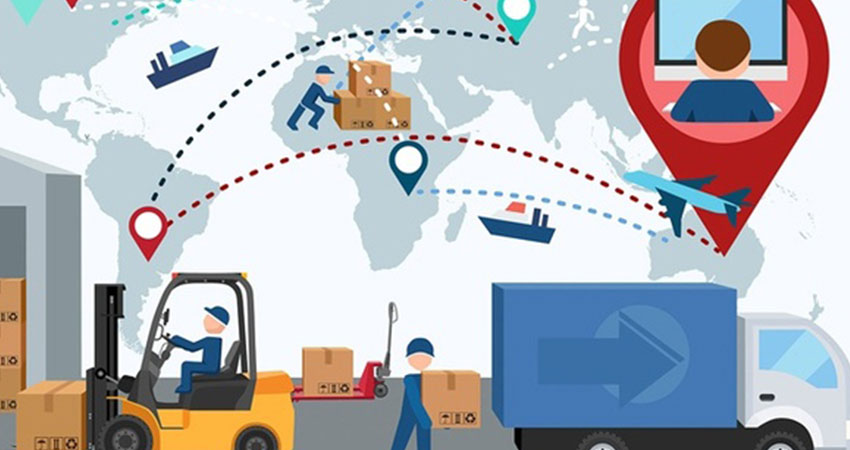 Once upon a time, as an old Chinese story goes, a rich man was treating his friends and neighbors to a feast at home. Amid the excitement, one of the guests, an old man, choked on a chicken bone. Just as the guests were about to resume eating and drinking after the old man recovered, the host announced that the dinner was over. We should learn a lesson, he told his guests, so there will be no more eating in the house.

We might chuckle at the logic of the host, but many of us may fall for similar fallacies just now.

As the coronavirus outbreak has brought factory shutdowns and transport disruptions in China, and as supply chains outside the country are seriously affected, some multinationals are reviewing their reliance on supplies from China.

As the world’s factory, China occupies a special, prominent place in the intricate and interconnected matrix of global supply chains. For example, 95 percent of the Fortune 1000 companies buy components from China. Not surprisingly, the impact of the virus in the country is having knock-on effect around the globe. A survey of 857 multinationals by Morgan Stanley two weeks ago found that 43 percent of them were badly in need of parts and components, and that this figure would jump to 86 percent if the epidemic extends beyond March. Similarly, carmakers from Nissan and Hyundai to Fiat Chrysler have all seen disruptions.

These days, the coronavirus is bringing angst to the United States, Japan and the European Union, with increased calls for multinationals to diversify their supply chains. Companies such as Hyundai and Electrolux are scouting for alternative sources of supplies. Given the impact of the epidemic on their business, a rethink of supply chains appears to be the right thing to do.

But that line of thinking may miss the point. Just the other day, I discussed the issue with a number of Chinese CEOs. It was pointed out to me that switching away from China for fear of future supply chain problems amounts to assuming that another health crisis of similar magnitude will erupt in China. This is far from certain, and arguably unlikely.

Even if such a misfortune were to befall China again, would there be any other country in the world better able than China to cope with it? With reported cases of infections brought down to low double digits in recent days, the outbreak appears to have peaked and is quickly fading in the country. China has apparently achieved success in confronting the epidemic and, as the World Health Organization concluded, has set an example for the world.

What is more, the Chinese government views it as a top priority to maintain the stability of the global supply chain. Both central and local authorities are going out of their way to help manufacturers get back to work. In addition to fiscal and financial policies, I’ve heard stories about local authorities chartering high-speed trains at their own expense to take workers back to their factories from thousands of miles away. Local governments are also reportedly helping overcome hurdles, from shortages of parts and materials, to financing and logistics.

As the outbreak subsides in China, factories are being reopened. In the country’s big manufacturing hubs — Shanghai, Chongqing and the provinces of Guangdong, Jiangsu and Shandong, more than 90 percent of the manufacturers are up and running. Gradually and surely, Chinese factories will return to full capacity. This will minimize the impact of the virus on global supply chains. This is seen by China as not merely in its own interest but also the way to fulfill its responsibility as a major player in the global community.

The coronavirus has now spread to around 100 countries. New cases outside China have outnumbered those inside in recent days. Contrary to what is happening in China, the situation in the rest of the world is likely to get worse before it gets better.

This development does suggest that an infectious disease, as the name implies, can hardly be confined to a single country or small group. Virtually no country in the world is immune to a plague like the novel coronavirus.

Can there be any unbroken eggs when the nest is overthrown? It’s a question worth pondering in light of the epidemic. In the same vein, it would be extremely difficult, if not impossible, for any country to avert supply chain disruptions under such circumstances. Thus, it is highly questionable that diversifying supply chains can effectively wall off the harm an infectious disease might cause.

It is time for countries and businesses to have more consultations and cooperation to confront the virus while ensuring the smooth operation of supply chains.

For its part, the Donald Trump administration in the U.S. sees the outbreak as an opportunity to reduce America’s reliance on China. Washington is keen for U.S. companies to change their China strategy. Peter Navarro, Trump’s trade adviser, is calling for the U.S. to create new supply chains for medicines and pharmaceuticals in the name of national security. At the same time, Commerce Secretary Wilbur Ross is encouraging U.S. companies to bring jobs back to the U.S.

In their push for a decoupling of U.S.-China supply chains, these Trump administration officials have exaggerated the risk associated with global supply chains. Switching from China has become an instrument of Washington’s geopolitical strategy.

In rethinking its supply chain strategy, however, a business will have to weigh many factors, ranging from the quality and price of the product to logistics and the reliability of supply. In most cases, restructuring supply chains would likely jeopardize the current supply chains, which have consistently kept goods cheap and available. This would create a downward drag on operations and earnings — at least in the short run. As Apple has lately discovered, such a move could do more harm than good. For this reason, while three-fourths of its top 200 suppliers have manufacturing facilities in China, Apple decided early March to produce its top-end iPhone 11 series units in China by abandoning initial plans to move production to India.

Clearly, the dismantling of supply chains that took years, even decades, to build would be expensive and time consuming.

Just as giving up eating for fear of choking can never be a good option, maintaining the status quo — rather than shifting supply chains away from China just to avoid future supply chain disruptions — will prove to be the more rational and beneficial course.

COVID-19GlobalizationGlobal Economy
printTweet
You might also like
Back to Top
CHINA US Focus 2021 China-United States Exchange Foundation. All rights reserved.