“Double New Normals” in Politics and the Economy 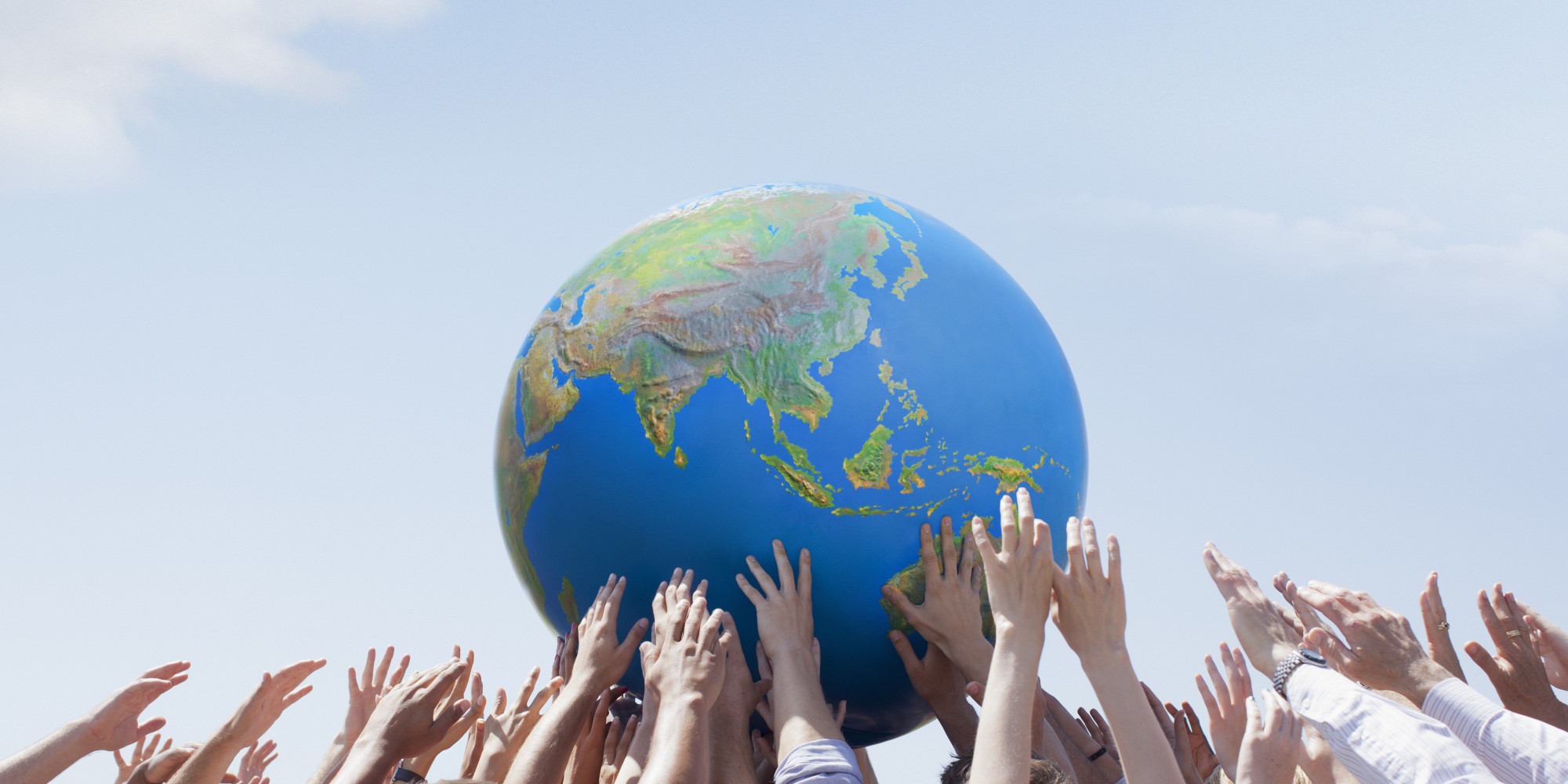 The world we live in is full of unprecedented uncertainty and instability resulting from the intensifying struggle between globalization and “de-globalization” and a world economy that still hovers in a trough of low growth almost eight years after the global financial crisis. Many countries, buffeted by such complexity and volatility, are feeling around as to what to do next in both domestic policies and for international relations.

The confusing world situation has induced drastic political upheavals and deep social division in some major advanced countries, with an increasing number of “black swan events” as well as severely bifurcated development of globalization, namely while globalization goes on, forces representing populism and de-globalization rise quickly and become important political actors in many countries.

We must identify the root causes of such confusion surrounding our world and examine how the major powers are reacting to it in terms of their domestic and foreign policies.

It is well-known that globalization and modernity as is understood today was born in “the long 19th century” when “global transformation” took place and produced some sort of “global governance”. Realistically, it was governance by European colonists and imperialists rather than “global governance”, as the international system then created by Europeans was a “center-periphery” one.

The 20th century witnessed two world wars and a prolonged “Cold War” that brought large-scale damage to the world. After World War II, the international community set up a political and security system with the United Nations and its Security Council at its core, and monetary and trade systems with the World Bank, International Monetary Fund and World Trade Organization (previously GATT) as pillars of support.

This round of globalization, born in the ashes of the Second World War and interrupted by the Cold War, soon spread to all corners of the world with full participation by developing countries including China, India, Brazil and other major emerging markets, producing global governance in its present sense. But the international system remained by and large a “center-periphery” one with the US and Europe at the core and developing countries at the periphery. Not till the late 20th century and the first decade and half of the new century did global governance begin to morph from “Western governance” to “co-governance by East and West” with the changing balance of power in favor of developing nations.

Continuing globalization and rising de-globalization, pushed and pulled by technological revolution and a widening gap between rich and poor both at national and international levels, has given rise to endlessly higher uncertainty and instability all around the world. This is the world political “New Normal” that will last quite some time as we enter a historical period of transformation, during which the international order is morphing and a new one is looming on the horizon.

At the same time, the world economy has also entered a “New Normal” with old engines puttering to their deaths, and new engines for growth still to be found. This economic New Normal is characterized by a prolonged low level of economic growth while countries both developed and developing are undergoing economic readjustment and transformation.

With the world political and economic “Double New Normals” coming in full force, major powers and regions are reacting in different ways as they differ greatly in terms of international standing, historical heritage and economic strength.

The United States, as the leading power and inheritor of the old “center-periphery” international system, has been mired in deep strategic anxiety and confusion. The balance of power shifting in favor of China and other developing nations, as well as deepening domestic division and confrontation between people on the street versus elite on the Wall Street, has intensified a crisis of its political system and accompanying institutional arrangements.

The Trump Administration’s populist anti-globalization inclination has manifested itself in unilaterally changing global rules by, among other things, dumping the TPP and the Paris Accord on climate change while continuing the global retrenchment started during Obama Administration and returning to an American tradition of isolationism. The strategic anxiety is also displayed in its efforts to greatly increase American military spending to beef up military superiority and in the implementation of his “America First” policy.

But so far there are no improvements on either the domestic or international front for the new US administration. There is no sign whatsoever that the US has adjusted successfully to the “Double New Normals”.

For the European Union, the confusion and disorder is prevailing and tearing the union apart. With rising populism and “de-globalization” in many European countries, political radicalization has become the order of the day, which has been affecting political eco-systems in these countries. Even though the result of the recent French election soothed Europe’s ruffled feathers, the shadow of populist movements has been spreading fast with surging feelings of anti-EU, anti-immigration and anti-globalization. The continuing financial and economic crises add another layer of uncertainty about the future of the EU as the “special test zone” of regional integration and globalization.

The silver lining for the EU: European countries are turning to cooperation with China and Asia-Pacific for the way out from the current crisis. Europe’s proactive attitude towards China’s “Belt & Road Initiative” is in sharp contrast with that of the US and Japan.

For Japan, its reaction to the “Double New Normals” is unique and self-hurting. Japan has been following the US faithfully in geo-political orientation and believes that it has found a strong backer in America for its aggressive push to be a “normal state”, steering onto a path of “Asia-Pacific Rebalance” and “pivot to Asia” with “off-shore balancing” against China in last decade or so. Japan views China’s peaceful development and rapid economic growth as a roadblock for Japan’s achieving its goal rather than as an essential partner in Asia. It can be safely said that the increasing instability in East Asia arises from the efforts of the US-Japan alliance to “counter-balance” China.

For Russia, after the collapse of the former USSR and years of encroachment of Russian strategic space by the West, there is a strong rebound in Russian comprehensive strength with a much more proactive foreign policy. Ukraine and Syria are two cases in point, where Russia has maintained a strong position with creative approaches. It is quite clear that Russia’s geo-political standing is getting more solid and powerful even though its economy struggles as global oil prices remain low and the overall world economy has been in slow-growth mode for eight years.

In this era of world political and economic “Double New Normals”, China has produced an economic miracle of fast growth for several decades and maintained political/social stability by successfully addressing the difficult problem of poverty, with over 700 million people being lifted to middle-class status in the last three decades or so.

Moreover, China has been an active participant in globalization and global governance in recent decades and proffered a series of initiatives and ideas embedded in Chinese civilization to promote world economic growth and improve global governance, with the “Belt & Road Initiative” as a good example.

A few points are worth mentioning:

One, China has chosen and persisted in taking the path of peaceful development with stunning success. That path is different from the economic model of neo-liberalism that has been promoted by Western countries for decades. China is now engaged in further opening-up and reforms to achieve successful transformation of its economic structure and sustainable economic growth. With its GDP second in the world and its annual contribution to global economic growth amounting to 30%, China is and will continue to be one of the main engines for the world economy. There is a better prospect for growth for everyone if China keeps pulling the locomotive of globalization in terms of free trade and investment.

Two, it is imperative for China to keep playing an innovative and leadership role, whether by default or voluntarily, in global governance to tackle global challenges and give the right answers to difficult issues in globalization in concert with other countries.

This role is manifest in China’s efforts to propose a series of new ideas and concepts to improve global governance. China’s recent footprint this area has been crystal-clear: from 2013 when President Xi Jinping proposed the “Belt & Road Initiative” to China’s continued strong support for UN-led multilateralism in poverty reduction, women’s rights, peace-keeping operations and development, from democratization of international relations to knitting a network of global partnership based on equality and common development, from a de facto community of nations with shared interests to one with shared destiny as espoused by President Xi at Davos World Economic Forum Annual Meeting early this year.

In sum, China has given the world some satisfactory answers in how the international community can better navigate the unknown waters in this era of political and economic “Double New Normals”, thus fulfilling the responsibility of a global power.

Global EconomyChina DevelopmentGlobalization
printTweet
You might also like
Back to Top
CHINA US Focus 2018 China-United States Exchange Foundation. All rights reserved. Disclaimer