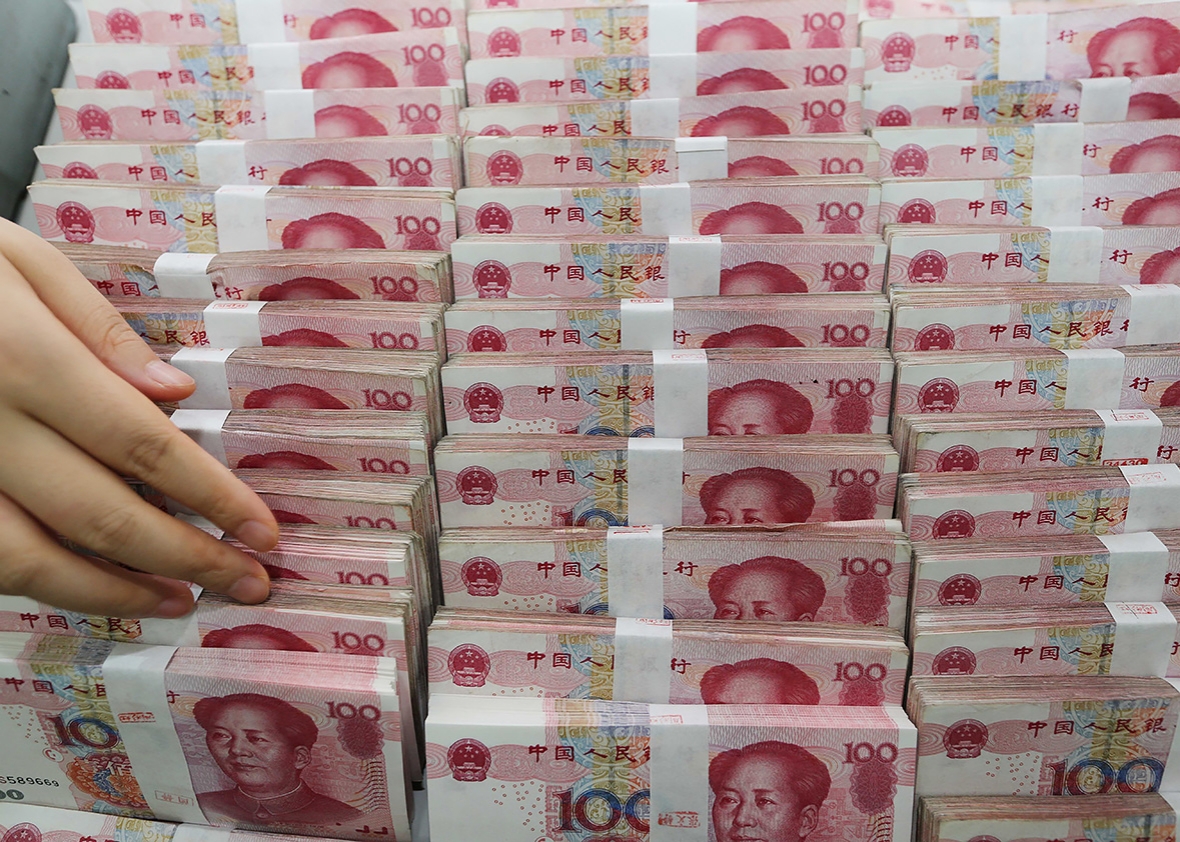 The release of China’s 2017 economic numbers last week came with a few small surprises. GDP growth picked up for the first time in seven years. Exports looked strong. The reported 6.9 percent overall growth rate beat Beijing’s 6.5 percent target by a significant margin. But even as the central government announced yet another year in a long era of rapid, steady growth, a different, more extraordinary narrative has recently come out from some of China’s provincial officials.

In recent months, with a surprising degree of bluntness, several province-level governments admitted to having significantly manipulated local economic data—a practice outside analysts have long suspected, but Chinese officials have rarely ever openly acknowledged.

This month, party leaders in China’s Inner Mongolia region revealed that much of their official data for 2016 had been vastly inflated. They stated that fiscal revenue for that year was in fact 26 percent less than reported, and that a full 40 percent of reported industrial output was fabricated. Following this, some cities in the region preemptively revised their 2017 figures downward as well. Baotou, one of the region’s biggest industrial hubs near the Mongolian border, said its fiscal numbers for 2017 were only half as high as reported.

Also this month, media in Tianjin appeared to accidentally admit that some of the city’s GDP had been pegged around one third higher than the true value in 2016, though the reports were later reportedly scrubbed. And this also follows an acknowledgement last year by officials in China’s northeastern Liaoning province that GDP numbers were methodically pumped up there between 2011 and 2014 as well.

The admissions corroborated a report last December by China’s National Audit Office, which found at least ten cases of city or county governments faking revenue data. In several cases, local governments were accused of over-reporting earnings by hundreds of millions of dollars.

Official admissions of inflated data haven’t been limited to more rural or industrial provinces, either. According to research cited in Bloomberg, some of China’s biggest and most prosperous cities may also have some of the least reliable GDP data.

The fact that multiple cities and provinces in China are confessing to runaway data manipulation might strike some onlookers as bizarre. Major discrepancies between reported and actual growth in recent years would seemingly call into question even the most basic assumptions about the health of the Chinese economy and the trajectory of its growth.

The reality is less dramatic. China’s national GDP figures have been generally representative over time, and analysts have developed models that both take some degree of falsification into account, and look to other indicators to generate better estimates.

Yet the spate of recent admissions may signal that longstanding political pressure on local governments to post strong growth numbers has reached a breaking point. Beijing has long prioritized economic growth, asking local officials to set aside environmental concerns and invest in sometimes-questionable development projects. But with President Xi Jinping moving to rebalance the economy and shed a national culture of putting growth above all else, it appears that the first ranks of leaders at the city and provincial level have come out to sign on to this new philosophy, and come clean about past data manipulation.

Some policy analysts have speculated that this wave has been motivated in part by a fear among lower-level officials of being caught in Xi’s anti-corruption dragnet. After all, in most cases, massaging growth numbers is only one method of getting results. Some local leaders have likely turned to dubious land sales and pork barrel projects as well to help lift their numbers. As Xi has moved to encourage sound governance and punish shady dealings, admitting to falsified statistics could be a way to bury past practices and start over with a clean slate.

But Xi’s anti-corruption drive has been in full swing for close to six years now, so another, more plausible explanation is that the accumulation of huge amounts of local government debt in China has become unsustainable.

At the end of 2017, the IMF sounded a familiar alarm that the buildup of debt in China has become a threat to the country’s stability. Much of this debt has been concentrated at the local level, as local leaders have eagerly accepted easy credit to finance major projects and supercharge growth figures. This fiscal system in which local governments borrow heavily from Beijing only intensified after the central government committed to giant stimulus in 2008, exceeding half a trillion dollars.

Besides clamping down on corruption, one of President Xi’s legacies will likely be presiding over a major economic transition in China. The tenuous and calculated move away from investment-led growth is likely to be a difficult one for many local leaders, demanding new strategies for raising revenue.

Beijing has historically taken a strong policy stance against bailing out local governments, even as some have probably been in technical bankruptcy for some time already. Since 2015, the central government started actively enforcing a new budget law, and has begun using debt swap programs to refinance billions of dollars of debt with municipal loans. The always-unpopular idea of implementing local property taxes has also been batted around as a way to raise revenue, though for now the Party has been unwilling to go that far.

The apparent message in recent weeks is that, at the very least, local leaders feel they cannot take meaningful steps to manage their budgets while also faking artificially high growth rates. Doing so not only suggests to Beijing that they are healthier than they appear, and need less support in reducing their debt burden, but creates larger problems for the country as a whole as investors and rating agencies take notice. In response to the revelations from Inner Mongolia, the credit rating agency Fitch has already downgraded the region’s credit score, and warned that other downgrades would follow if data manipulation was found to be widespread.

As the economy slowly cools in years to come, the true scale of China’s debt problem will probably become clearer, and it may well be controllable. Certain cities and municipalities may turn out to be in better shape than others, but it is all but inevitable that certain painful and creative adjustments will be necessary. What the recent trend of local officials speaking out suggests is that even though some degree of data padding in China has always been assumed, many now see transparency as a crucial first step toward reform. Before structural changes can be made in earnest, local governments and Beijing need to be in sync with each other, and united in communicating cleaner economic data to investors abroad.

Government DebtDebt Crisis
printTweet
You might also like
Back to Top
CHINA US Focus 2018 China-United States Exchange Foundation. All rights reserved. Disclaimer