Look on the bright side of China’s Economy

There are voices heralding the doomsday for China’s , the outbreak of a debt crisis, rigidification of the financial system, the vanishing of the demographic dividend, or a stagnation in reforms. These observers have one thing in common: growing pessimism about China’s economic prospects. 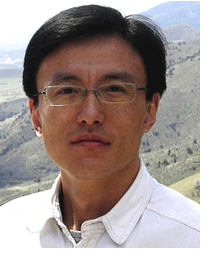 However, while these downbeat views of the Chinese economy and its development momentum may contain some element of truth, they are too narrow to show the whole picture.

First of all, China’s economic growth is depending less and less on investment and exports, as consumption and innovation emerge as the main drivers for growth, although it will take a few years to see the transition take effect. The country’s economic slowdown is an inevitable trend, since no country can stay on such a fast track forever. Even so, the Chinese economy is expected to maintain an annual growth rate of around 7 percent, even with the sluggish global recovery. What best serves the long-term interests of the Chinese people is an economy that boasts a more rational structure and establishes a better social and natural environment, even if it means a slower pace of growth.

Second, the government debt issue is starting to be addressed. China’s land-reliant financing has come to a dead end, and the financing vehicles of its local governments have run out of control. Some sound solutions are needed right now to avert Detroit-style bankruptcies triggered by the piling up of debts. The key here is not to alleviate the burden of old debts, because the central coffers have enough resources to repay them all. What is needed is the efficient and proper management of financial revenues and expenditures by local governments in the future to prevent new debts being incurred before the old ones have been repaid.

The debt issue is now being tackled and straightforward proposals are being submitted on bond issuance by local governments. Also, GDP is no longer counted as the main yardstick for measuring the performance of officials. The central government has also called time and again for the liquidizing of sleeping funds, and issued a decree banning local governments from constructing new office buildings for the next five years.

Third, China has taken a substantive step to reform its financial system. On July 19, the People’s Bank of China announced its lifting of controls over lending rates, the first step in liberalizing interest rates, and demonstrating the central bank’s resolve to advance reforms and down-to-earth policy of cracking the harder nut first. The liberalization of interest rates and internationalization of the yuan are the key links in reform of China’s financial system, which has already started and will inject new vitality into the country’s real economy.

The lifting of the controls on lending rates, for instance, will surely drive commercial banks to lend more to privately owned small and medium-sized enterprises. Another example is the decision to create a free trade zone in Shanghai, a move that demonstrates the courage of the new leadership to push forward with reform and foretells the healthy prospects for China’s financial and economic reforms.

As for China’s demographic dividend and cost advantages, they are both waning. But there is a positive side to this. Thanks to its continual inputs into education and scientific research, China has seen a constant improvement in the quality of its labor force and continuous betterment of production efficiency. More importantly, it has raised its position in the global industrial value chain and its comprehensive competitive power is growing. The economic frictions between China and the developed world including the United States and some European countries are evidence of this. Instead of trade frictions over clothing, shoes and other labor-intensive commodities as was the case in the past, trade frictions in recent years have been over capital and technology intensive goods, such as photovoltaic, electromechanical and electronic products.

Finally, China launched its reform and opening-up in 1978 with a path-finding spirit that advanced through probing and experimenting step by step, as Deng Xiaoping, the architect of China’s reform, advocated. The experiences China has accumulated from practicing this method over three decades have proved advantageous.

If compared with the “shock therapy” practiced by the former Soviet Union, this strategy better suits Chinas’ complex reality and needs, because a step-by-step approach facilitates uncovering and finding solutions to problems. It is true that economic restructuring is closely related to political reforms. It should also be admitted, however, that handling of the government-market relationship has always been a thorny issue to all countries.

As the situation stands, now that China’s new leadership has vowed to press on with another round of reforms, discussions and disputes over reforms should start from a long-term strategic point that benefits the country and its people. No path of reform will be a bed of roses, but the difficulties must be endured if the country is to successfully navigate this crucial stage of transition. There can be no doubt, however, about its potential for long-term growth.

All major economies are looking for ways to kick-start a new boom, and there is still ample room for cooperation between China and other major economies. The United States is hoping to create a new global pattern of investment and trade with the Trans-Pacific Partnership and the Transatlantic Trade and Investment Partnership. China is also enthusiastic about negotiations with the United States and some European countries over greater access to mutual investment, efforts that will result in the reduction of global trade and investment barriers. In addition, it is believed that the BRICS countries – Brazil, Russia, India, China and South Africa – will maintain their momentum of long-term development. A platform of cooperation was created at the summit of their leaders this year, and these countries will come to play an ever-bigger role in the global economy.

Therefore, China will maintain steady econo-mic growth while making down-to-earth efforts to realize its economic restructuring to ensure a long-term sustainable development. So there is really no reason to be pessimistic about China’s economic prospects.

Chen Dongxiao is president of the Shanghai Institutes for International Studies. An unabridged version of this article can be found on the SIIS website (en.siis.org.cn).

Economic Reform GDP
printTweet
You might also like
Back to Top
CHINA US Focus 2018 China-United States Exchange Foundation. All rights reserved. Disclaimer