How Will China Fare in an Increasingly Fractured World? 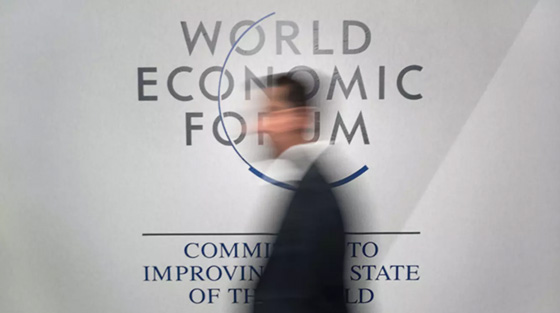 “The United States will no longer turn a blind eye to unfair economic practices, including massive intellectual property theft, industrial subsidies and pervasive state-led economic planning. These and other predatory behaviors are distorting global markets and harming businesses and workers.” This was part of the speech President Trump delivered at the World Economic Forum this year. He told the audience that Washington would no longer tolerate unfair trade, arguing that predatory practices were undermining the trade system as a whole.

His speech mirrors the rising tide of economic populism in the United States. Populism is a political philosophy supporting the rights and power of people in their struggle against a privileged elite. The so-called "economic populism" refers to a general opposition to income inequality and globalization (i.e. trade agreements), as well as opposition to money in politics (per the effects of the Citizen United decision.) We can easily see that Trump has been flexing his protectionist muscles since taking office. For instance, he emphasized that a more proactive fiscal policy is mainly to increase the investment scale of capital construction. He wants to reverse the trend of economic globalization and increase tariffs on imports.

Although economic recovery is the general trend across the globe, there are vast differences in the recovery process of individual countries as well as in the problems they face. In recent years, a public tendency towards attempting to reverse globalization has emerged in some countries. A growing number of risks may arise in an increasingly fragmented world.

Where has this differentiation derived from? The fundamental reason is that sluggish global economic growth has yet to be fundamentally tackled since the international financial crisis. In the eight years since the crisis broke out, the average global GDP growth rate was only 3.5 percent, lower than 1.6 percentage points in the first five years of the crisis.

On the one hand, some developed economies have not yet got rid of the old-fashioned path of relying heavily on financial and investment expansion to cope with the crisis. In order to effectively realize the goal of development, an economy must transform from old kinetic energy to new kinetic energy. The so-called new kinetic energy refers to the new impetus for economic and social development in the new round of technological revolution and industrial transformation. This includes new technologies, new industries, new formats and new models. The old, traditional kinetic energy, which has become outdated, involves not only the energy-consuming and polluting manufacturing industry, but also covers the primary, secondary and tertiary industries which adopt traditional business modes. As the traditional mode is difficult to continue, the growth momentum declined, market demand dampened and financial risks accumulated. On the other hand, overflowing of financial capital and a serious lack of financial supervision seriously distorted the distribution of the dividends of economic globalization, making it unbalanced among different countries, different classes and different groups in the same country.

Due to these two factors, the anti-globalization trend in some countries continues to grow and protectionism is rising. A series of policy announcements by U.S. President Donald Trump has intensified protectionist sentiment in the short term. If effective policy measures can't be taken to contain it, the risks to the world economy caused by the escalation of protectionism could severely disturb the world in 2018.

Nowadays, the most typical divergence lies in the western world. More specifically, it is the "America First" doctrine of President Trump's economic nationalism, which has deepened conflicts between the EU, Japan, Canada and the U.S. economy. For example, we have witnessed the standstill of the free trade agreement between Europe and the United States (TTIP), the withdrawal of the United States from the Trans-Pacific Partnership (TTP), and the renegotiation of the North American Free Trade Agreement (NAFTA).

The United States is still the dominant western power, however, increasingly the Western-centered global traditional trade mechanism is falling into chaos because of the United States. Globalization is shrouded in the shadow of trade protectionism. If the U.S. fails to refrain from protectionism, the momentum of global economic recovery may also be blocked.

Since the financial crisis, trade disputes between China and the United States have shown signs of expanding. Recently, the United States stated that it was a mistake to allow China's accession to the World Trade Organization (WTO), and imposed 50 percent punitive tariffs on washing machines and 30 percent on China's solar (PV) modules. With the United States embarrassed by the trade deficit with China, these measures are only part of Trump's "punishment" of China.

Under such circumstances, Sino-U.S. relations are bound to be affected. To deepen the economic relationship between China and the United States, in addition to China's own efforts, it is also imperative for the United States to demonstrate more openness and curb the momentum of trade protectionism.

At the Davos forum last year, on behalf of China, President Xi Jinping appealed to all the parties in the world to face the issues confronted by economic globalization and strengthen confidence in economic globalization. He said, “Whether you like it or not, the global economy is the big ocean that you cannot escape from. Any attempt to cut off the flow of capital, technologies, products, industries and people between economies, and channel the waters in the ocean back into isolated lakes and creeks is simply not possible. Indeed, it runs counter to the historical trend.”

As the theme of the 2018 World Economic Forum annual conference calls for "Creating a Shared Future in a Fractured World," China needs to take the initiative to meet the common challenges of mankind. In doing so, China must continue to maintain an open attitude and actively promote the Belt and Road Initiative and free trade zones. At the same time, it should diversify the export market, reducing the impact of U.S. trade protectionism.

Just as H.E. Liu He said at the World Economic Forum Annual Meeting 2018, “We will open wider to the world across the board. To be specific, we will further integrate with international trade rules and ease market access. We will also substantially open up the services sector, the financial sector in particular, and create a more attractive investment environment.”