While we wait for details on the Chinese government’s latest reform blueprint, Shanghai is already leading by example – by pushing for change through liberalization. The 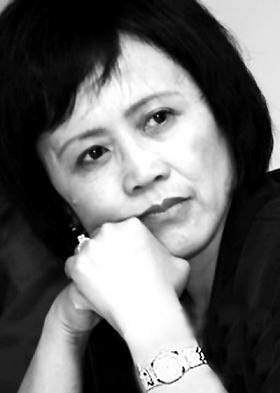 The significance of this development cannot be overstated. Over the past decade, the progress of Chinese reforms has been stalled by entrenched interest groups fighting against change. This year, however, there has been a decided push to reinvigorate reforms by opening up the economy, and the top-level support for the Shanghai plan has been widely welcomed.

Clearly a major plank of the leadership’s reform drive, the Shanghai free trade zone could well mark the third major milestone in the liberalization of the Chinese economy, following the establishment of the special economic zones in the 1980s, and the country’s entry into the World Trade Organization in 2001.

So far, analysis of the free trade zone has largely focused on the impact on stock types and property values. Questions are being asked about “policy bonuses” and the potential benefit for the Shanghai economy. Indeed, the expectations of such a windfall have prompted a number of local governments to apply to set up their own free trade zone.

But these aren’t the point of the project, as its official name – the China (Shanghai) Pilot Free Trade Zone – makes clear. The zone is an experiment on market liberalization, a test of what would work not just for Shanghai, but eventually for the nation. Thus, Shanghai’s mission – to liberalize trade, ease rules for investment, streamline its administration and restructure its financial system in line with international standards – is a matter of national interest.

Take the liberalization of interest rates. The free trade zone is expected to spur financial product innovation and offshore business development; lower the bar for foreign companies’ entry into the local financial market; and simplify the rules for both incoming and outgoing investment funds.

According to the Bank for International Settlements, the renminbi now ranks among the top 10 in turnover of foreign exchange, with daily trading of about US$ 120 billion, out of a global trade total of US$ 5.3 trillion. The Shanghai free trade zone will no doubt move the renminbi closer to full convertibility.

Worldwide, many economies do not discriminate against foreign capital and adopt a “negative list” approach – that is, they specify what is not permitted, rather than what is. China should follow suit. Moreover, this approach is in line with Beijing’s recent efforts to cut back on administrative approvals and create a market environment of fair competition.

Of course, after several decades of bureaucratic vetting of applications, the habit is hard to break. Thus, a pilot program advocating experimentation may allow change to spread more gradually from the fringe.

A survey of developments elsewhere will tell us that change is critically needed. The U.S. and Europe are vigorously promoting a raft of multilateral trade pacts, including the Trans-Pacific Partnership, the Transatlantic Trade and Investment Partnership, the Trade in Services Agreement and the 2012 U.S. Model Bilateral Investment Treaty. These agreements cover a wide range of trade and investment issues, setting rules and standards for market entry, the environment, labor, intellectual property, fair competition and capital movements. China will be left behind if it does not change with the times.

The Shanghai free trade zone will allow China to gain experience in negotiations with America on bilateral investment, and earn Beijing a voice in setting international rules and a place in the global order.

Such a pilot program is not without risks, however. For one, there must be tight coordination between government leaders so developments in and outside the free trade zone do not cause friction. The authorities have to strike a careful balance: promoting policy breakthroughs within the zone, while containing any fallout that might affect the rest of the country.

Policymakers who lead the Shanghai experiment must keep an open mind and dare to fail. In the spirit of adventure, they must be bold yet meticulous, and have the national interests in mind. The process of trial and error – by keeping management loose but supervision tight – will be necessarily slow. But once an effective system of management emerges, it can be adapted to other cities and regions.

The 28.78 square kilometer free trade zone in Shanghai is only a start. Whether or not it succeeds will have huge implications for the nation. Meanwhile, its launch alone is sure to spur many more reformers to act.

Hu Shuli is the editor-in-chief of Caixin Media and the dean of the School of Communication and Design at Sun Yat-sen University.