The Digital Yuan Launches Quietly at the Beijing Olympics 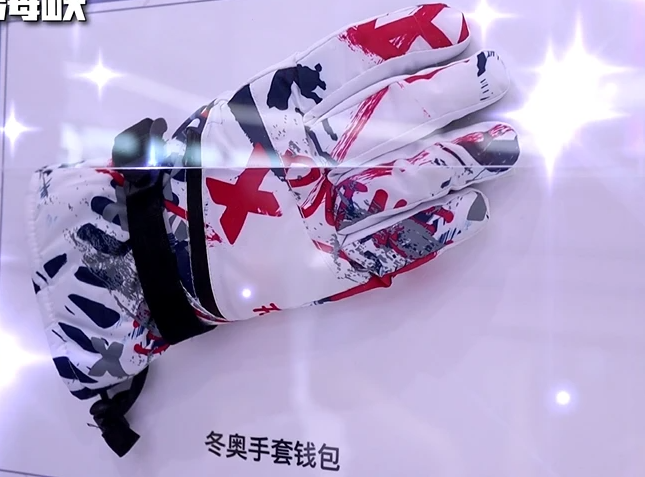 The Beijing 2022 Winter Olympics will not only showcase China’s prowess in providing cutting edge infrastructure and organizational acumen, but also various technological achievements. These include the opening ceremony light show, high-speed rail projects, robotic food delivery, and advanced snowmaking technology. But perhaps the most significant technological launch will be that of the digital yuan, which international visitors can access for the first time.

So far little reporting has emerged on the actual use of the digital yuan by international Olympic visitors. On the day of the opening ceremony more transactions were made in the digital yuan than through Visa, one of the official sponsors of the games and the only other non-cash payment accepted at the Olympics. A caveat, though, applies: many of the retailers accepting digital yuan were located outside of the Olympics’ quarantine “bubble” for athletes, journalists, and staff. So, a lot of digital yuan transactions were likely made by domestic Chinese consumers physically separated from Olympic activities on that day.

The subdued launch of the digital yuan at the Games and sparse news reports of its use among athletes, journalists, and other participants do not mean that its “soft launch” is without significance. As the Chinese authorities in charge of developing the digital yuan at the People’s Bank of China (PBoC) have stated repeatedly, it remains in an experimental phase and is not yet ready for a full roll-out.

Nonetheless, in the last several months several major hurdles have been cleared, while the PBoC has clarified important issues surrounding the digital yuan. The Olympics are thus part of a slow and steady rollout of what will be the world’s first major central bank digital currency (CBDC). In fact, the PBoC has pursued a classical trial and error approach over the past two years. First, the digital yuan was piloted in a number of major cities throughout 2021. Then, at the start of 2022, in a clear sign of accelerating the trial, the PBoC made actual digital yuan wallets available on the iOS and Android app stores in China.

According to Mu Changchun, director general of the Digital Currency Institute at the PBoC, a total of 470 million yuan (US$73.9 million) is currently held in electronic wallets. However, this is just a tiny percentage of China’s overall monetary supply. In other words, the process of widening digital yuan use is only beginning, with various trials set to expand geographically during 2022.

The PBoC has further clarified its objectives for launching the digital yuan. It will serve as the statutory, digital version of China's renminbi, or "M0” equaling cash in circulation. The digital wallets customers open are thus not considered bank accounts and will have no interest payments. Since it is equal to cash, the digital yuan is fully backed by the PBoC and completely risk free. Nonetheless, it will be put into operation by various payment service providers.

Under this system, only banks can convert digital yuan into bank deposits and vice versa. This includes digital-only banks like Tencent-backed WeBank and Ant-backed MyBank. In essence, this implies the continued centrality of banks in the Chinese financial system and is likely to prevent disintermediation, one of the fears with launching CBDCs.

The cash-like properties of the digital yuan are reflected by the fact that smaller payments will work even without the internet, using NFC technology between wallet apps. This should both promote broader use and financial inclusion, as well as allay privacy concerns. The digital yuan is therefore separate and distinct from China’s dominant electronic payment applications, Alipay and WeChat Pay.

Some analyses of the PBoC’s intention in launching the digital yuan have argued that its main objective is to replace the dominant electronic payment operators with a government version. However, the PBoC insists that the introduction of the digital yuan will not reduce the market share of Alipay and WeChat Pay

In terms of its relationship with China's popular payments services, the PBoC argues that the digital yuan is supposed to "complement" rather than replace them. Basically, the digital yuan’s two-tier design means that supporting infrastructure is provided by the PBoC, even as the front end is managed by private payment providers and banks. Since the digital yuan works offline, it can support small-value transactions just like physical cash with the same anonymity. In other cases, large amounts of funds sent via digital yuan are traceable, thus forestalling money laundering, tax evasion, and corruption. Compared to the large payment service providers, the digital yuan allows for greater anonymity in small transactions, includes better personal information protection, but can nonetheless generate records that enable the tracing of illegal activities.

The digital yuan system could also provide a back-up to Alipay and WeChat Pay. If these dominant payment providers encounter major outages, either due to financial, infrastructural, or technical problems, the digital yuan will still function on its designated apps and wallets. Its infrastructure could further encourage competition and innovation in the payment space, while providing ubiquitous, cheap, and simple-to-access digital payments. These latter qualities could broaden financial inclusion and promote equitable growth, aligning its launch with Xi Jinping’s goal of common prosperity.

While the PBoC has clarified several issues, some hotly debated ones remain murky. For example, to which extent the digital yuan ecosystem will use digital ledger or “blockchain” technology is not yet clear. PBoC statements, especially a report on the research and development of the digital yuan released in mid-July 2021, are vague on its technical underpinnings.

The PBoC makes clear that it will use trusted computing and special encryption based on hardware and software integration. In terms of infrastructure, a hybrid of a distributed and platform-based design will be used. The platform-based design is similar to what Alipay and WeChat Pay employ and better suited for scalability. Therefore, some form of distributed ledger technology is used in parts of the system, but most of it will rely on one centralized platform operated by the PBoC.

This expresses perhaps the digital yuan’s greatest future advantage. Its traceability will provide the PBoC with unprecedented real-time insight on the creation, bookkeeping, and circulation of money in the Chinese economy. Depending on how the PBoC utilizes, processes, and analyzes this data, it could revolutionize monetary policy, enabling much more nimble and meticulous fine-tuning of monetary interventions. Stresses and risks to the financial system could theoretically be detected early on and addressed in a targeted manner. Perhaps even various social and ecological goals could be effectively focused on, such as providing sufficient finance for community activities and green projects. The Beijing 2022 Olympics is thus just the beginning of a brave new world of money!

OlympicsYuanRMBCentral Bank Digital CurrencyFintech
printTweet
You might also like
Back to Top
CHINA US Focus 2023 China-United States Exchange Foundation. All rights reserved.