The Future of China’s Aerospace Industry 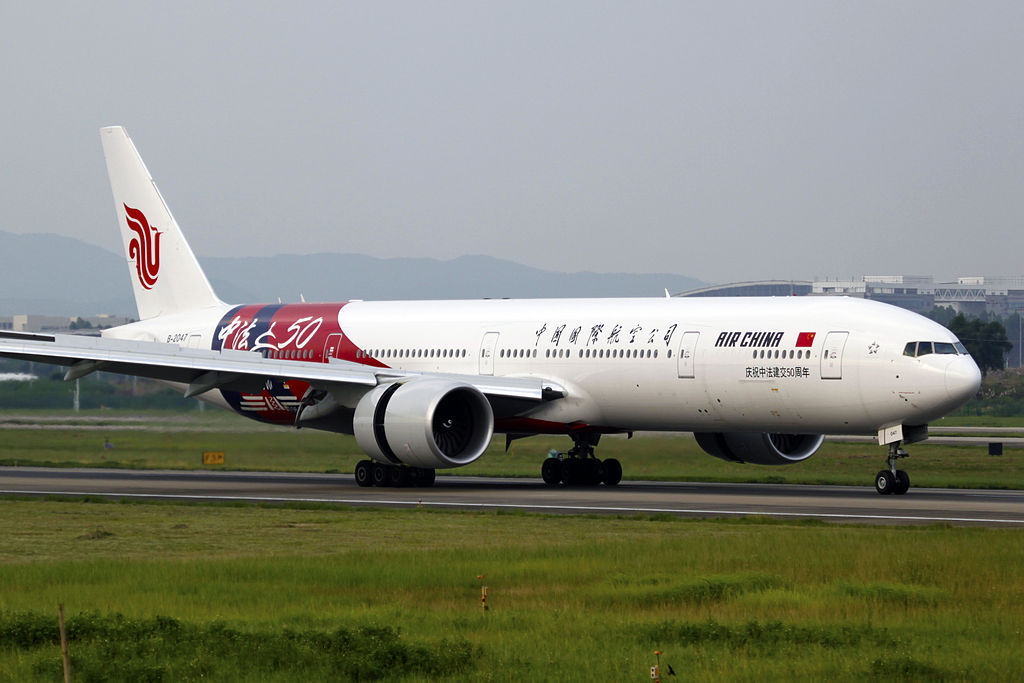 As April begins, a trade war looms between China and the United States. On March 22nd, President Donald Trump directed the U.S. Trade Representative to establish new tariffs on approximately $50 billion in Chinese goods. The move ostensibly responds to China’s alleged theft of American intellectual property, though the tariffs are expected to cover an array of industries: machinery, consumer electronics, manufacturing components, and perhaps more. Beijing has plenty of options should it choose to retaliate, but aerospace is one focus of Sino-US trade that should remain untouched – for now.

China is projected to become the world’s largest passenger aviation market by 2024, but its aircraft are still sourced abroad from companies. The Chinese market has been a boon for companies like Boeing, which announced a $37 billion sale to China last November and predicts that Chinese airlines will purchase $1.1 trillion in new aircraft by 2036. Under different circumstances, the American aerospace industry would be an ideal target during Sino-US trade war; aside from manufactured parts, bilateral trade in aerospace products is both massive and one-sided. Chinese companies like Comac are feverishly developing domestic commercial aircraft as alternatives to Boeing and Airbus, but their offerings are both years from entering the market and years behind the competition.

President Xi’s “Made in China 2025” initiative, outlined in his address to the 19th Party Congress last year, may speed things up for China’s adolescent aerospace industry. Given the strict limitations on technological transfer from international joint ventures in aerospace, domestic initiatives that produce new research, engineers, and professional networks will go far in promoting the growth and sophistication of China’s aircraft manufacturers.

The Chinese government can also grease the wheels on the administrative end to usher new aircraft into the market. Following its maiden flight in 2008, Comac’s ARJ21 regional jet was plagued by setbacks that delayed its mass-production certification by the Civil Aviation Administration of China for nine years. Similar aircraft made by Boeing and Bombardier typically see certification and commercial introduction in roughly two years, underscoring the challenges facing Chinese firms. With the right help, Comac expects it might receive airworthiness certification for its C919 large commercial jet in 2021, only four years after its first flight. Such a goal is not impossible, but certainly optimistic.

When it comes to Chinese government support for the domestic aerospace industry, there is more reason than ever to err on the side of optimism. President Xi has signaled his esteem for the sector through the appointment of state-owned enterprise leaders to governorships in key provinces, as Cheng Li and Lucy Xu of the Brookings Institution explained in a piece published in China-US Focus. Notably, aerospace leaders (including three former heads of the China National Space Administration) have been appointed to the governorships of Hebei, Liaoning, Hunan, and Guangdong provinces since 2012. Two of them, Zhang Qingwei (former chairman of China Commercial Aircraft and Hebei governor) and Chen Quifa (former director of the CNSA and Liaoning governor), have since been elevated to the position of provincial Communist Party secretary in Heilongjiang and Liaoning, respectively.

Li and Xu speculate that these aerospace leaders – in several cases, literal rocket scientists – may be part of a rising cohort of party leaders who could shape policymaking in new ways. One expects that they will advocate for innovation in the Chinese aerospace industry as their numbers grow, and as they are promoted within the CCP organization. Even in the shorter term, their mere presence may be a sign that there is broader support within the CCP for accelerated development of the industry. But even assuming a newfound enthusiasm for aircraft and spacecraft among China’s ruling class, what tangible outcomes can we expect over the next few years? A 2017 study published by RAND offers some thoughts:

First, we should anticipate a push from China’s universities and corporations to produce advancements in engines and avionics, the main technological domains in which China lags most. Even Comac’s C919 relies heavily on components and technology procured from foreign firms like General Electric. Without expeditious catching-up, China’s first generation of commercial aircraft cannot truly be called “homegrown.”

There will also be key military benefits from the research and development related to China’s commercial aircraft sector. Beyond engine and avionics technology – which similarly lags in Chinese military applications – the maturation of large, commercial airframes might address the deficiencies in China’s troop transport fleet. As I have previously written, the PLA Air Force faces challenges greater than mere hardware, but technological advances are nonetheless crucial.

Finally, we can expect a growing professional network of engineers and experts across state-owned and private sector companies. Over the coming years, industry best practices and more streamlined administrative processes could coalesce, and the growth in innovation and output as a result will be more exponential than linear.

There is one important caveat to consider amidst any optimism about China’s aerospace industry. The United States and Europe each boast century-long histories in commercial aviation and have general aviation industries to match. General aviation – defined as any sort of flight beside military and commercial – is seriously underdeveloped in China’s tightly controlled airspace, where business jets, helicopters, and personal aircraft are rare. The general aviation industry has been a sort of farm league for innovation, providing engineers and corporations with opportunities to gain expertise with lower stakes and smaller investments. If China continues to neglect this market, its domestic industry will be slower to take off.

There are still severe implications for large commercial aircraft corporations in the U.S. and the E.U. Boeing and Airbus, which have enjoyed an effective duopoly in the enormous market for large commercial aircraft, should adjust their projections for Chinese competitors if they have not already. The demand for airliners is growing faster in Asia than anywhere else and Asian airlines have demonstrated preferences for airframe characteristics vastly different from those currently offered by Boeing and Airbus. A Chinese challenger stands to gain immensely at home and abroad if they cater to those preferences.

Western policymakers should also revise their thinking to accommodate for new developments in the aerospace industry. Suitable alternatives to Airbus and Boeing would certainly mean more leverage in a hypothetical trade war, but that point would be moot. Should Chinese airlines have access to domestic offerings and ample government subsidies to offset their relative inefficiency, Boeing and Airbus will almost certainly lose their dominance in China, which already represents twenty percent of the global market. As RAND points out, government subsidization of aircraft manufacturers is a conflict between Boeing and Airbus that the U.S. and E.U. have yet to resolve. If they do not establish norms now, there will be little recourse against generous Chinese governmental support of its aerospace industry in the coming years.

All of this says nothing of the advances to come for China in outer space, where there are still fewer norms to govern innovation, expansion, and even aggression. The Chinese approach to atmospheric aviation – and the role played by old industry hands elevated to party leadership positions – will speak to a broader paradigm shift in the nation’s technological advancement strategy. If China’s aircraft manufacturers can produce legitimate offerings for the global market of commercial airliners in the next few years, they will have struck upon a high-tech industry development model for the CCP’s next generation.

Trade WarChina-US TradeProtectionism
printTweet
You might also like
Back to Top
CHINA US Focus 2018 China-United States Exchange Foundation. All rights reserved. Disclaimer