The Short and Long of China’s Stock Market Crash

China’s stock exchange, also dubbed “Uncle Xi’s bull market,” has been rallying for more than a year. Yet after having tripled since mid-2014—for no clear reason other than government calls to opt in—benchmark indices for the Shanghai and Shenzhen stock exchanges peaked on June 12th and then plunged by around 30%. What led to the fall remains unclear. While regulators have attempted to tighten the rules on margin trading, this seems like an unlikely cause to the sell-off. On the contrary, the government has, overall, been supportive of the market, be it through interest rate and reserve requirement ratio cuts or plans to cut the stamp duty on stock deals. 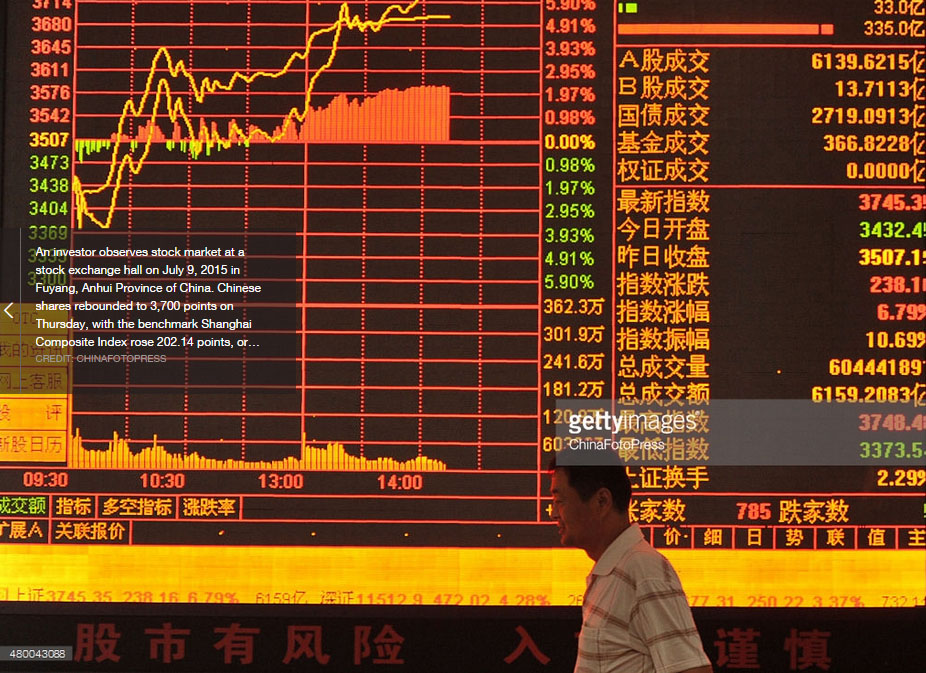 Indeed, when panic seemed to be hitting the market, the Chinese government stepped in to stabilize it. The central bank cut interest rates in a bid to halt the slide, but it was too little and too late. And when that didn’t work, The China Securities Regulatory Commission (CSRC) halted IPOs and forced the country’s 21 largest brokerage firms to launch a “balance fund” worth Rmb120bn (US$19.3bn) to support the market. This, too, was not enough to stem the fall. The CSRC also quadrupled the capital of the China Securities Finance Company—a state body which extends margin financing to brokers—from RMB 25 bn to RMB100bn but the following week, when the market was still in freefall, the central bank pledged to help maintain market stability, and Chinese stock regulators banned company officers and major shareholders from selling shares in listed companies. Each measure by itself was not enough, but the combination was too much, and investors smelled panic.

The government’s aggressive response has highlighted that stakes are very high. The leadership’s credibility is on the line. For the past year, Beijing has been promising implicitly that the bull-run would continue. Yet as market forces began defying the leadership, it was stuck between a rock and a hard place: It didn’t have the stomach to let market forces play out, but it was unsuccessful in propping up the market fast enough to stem the panic.

Keep calm and carry on

The political nature of the stock market crash is further highlighted by the fact that the short-term economic fallout is limited. For one, there has been a clear disconnect between economic fundamentals and the stock market: This disconnect was just as palpable when the market was making dramatic gains as it is in the current bearish sentiment. Valuations were surging as the economy was slowing, and the market is now falling just as economic growth seems to be stabilizing. Second, the rally of the past year has not led to discernible increases in consumption or investment. This would suggest that a fall in valuations would also have limited negative impact on wealth and financing. Third, the value of freely floating shares is roughly 30% of GDP, against more than 100% in most rich countries. Stocks represent less than 15% of household financial assets, while equity issuance accounts for less than 5% of total social financing. Retail investors in the market—estimated at around 90 million—are still a relatively small constituency (though they outnumber Communist Party members!) and the ones that joined the bull-run before May have already made sizeable profits. Benchmark indices for the Shanghai and Shenzhen stock exchanges are still around double what they were at this point last year. Finally, while RMB 4 trillion in losses is extremely painful, it has come from brokers, not the banks, and still pales in comparison to the RMB 90 trn debt in the banking system.

Nonetheless, the government needs to stabilize the market that it has so clearly associated with Xi Jinping’s “China Dream,” and restore confidence in its ability to manage the economy. As such, the next few weeks will be volatile, but extremely significant indicators of the longer term trajectory.

Beijing’s decision to handhold the market runs counter to the pledges it made during the 3rd Plenum in November 2013 to let markets play a “decisive” role in the economy.The government’s plan to make the stock markets driven by market fundamentals now seem aspirational, and the suspension of IPOs will slow efforts to use the market raise financing for firms. And there will be political scapegoats for the stock market fiasco. It remains to be seen whether they are found among the “short sellers and market manipulators,” in the securities regulator, or higher up. There is a real risk that financial sector reform slows down if regulators fear that heads are about to roll.

The government must therefore decide if it is willing to sit by and let market forces deflate the overheated stock market, or if they take more calibrated measures to stem the fall. Ultimately, Beijing will do both, but finding the right balance could take weeks, even months. And at the end of this process, the stock market is likely to regain its footing and find more sustainable growth momentum.

More importantly, the government must decide if it continues its efforts to open the capital account and liberalize the exchange rate—key elements of Beijing’s reform agenda that will lead to deeper and more effective markets in the long run. While the process may now take longer than initially expected, the next few months will be indicative of whether or not the rationale behind the reform agenda has changed. It shouldn’t. And if the government sticks to it, the official press will turn out to have been extremely prescient when it said this week that, “rainbows appear after the rain”. Failure to pursue these changes, however, will prove to be an even bigger blow to the government’s credibility.