The U.S. Tax Overhaul: Cuts for Nothing 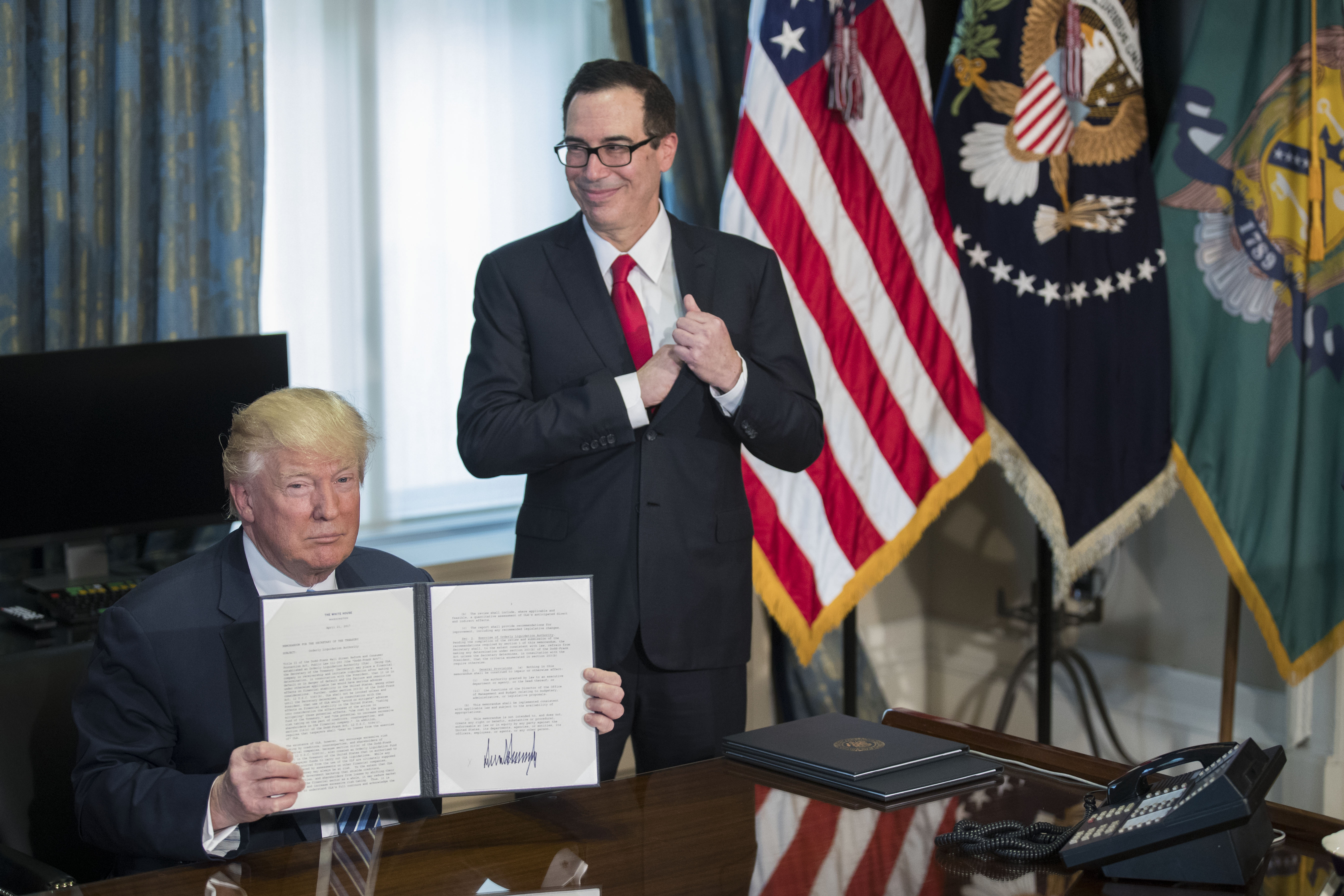 The U.S. Congress appears poised to pass major tax reform legislation before the end of 2017. We cannot be sure of the bill’s final language, as the Senate and House of Representatives have yet to reconcile the two different versions passed in their respective chambers. Broadly speaking, the 2017 tax package offers major cuts to taxes affecting corporations and the wealthiest Americans alongside minimal cuts, or even tax increases, for middle and working-class taxpayers. Republicans have justified their proposed tax reforms by arguing that a lowered corporate rate will lead to new hiring and higher rates of economic growth. However, U.S. corporations are more likely to pay off their outstanding debts and increase stock buybacks with their new cashflow than engage in productive investment.

While the House and Senate versions of the tax bill differ, both propose a major reduction in the nominal tax rate on corporate profits from 35 percent to 20 percent. Proponents of a reduced corporate rate often point to this nominal 35 percent rate when they claim that the U.S. has the highest corporate tax burden in the world. However, the effective tax rate on U.S. corporations is actually much lower. A study of 258 profitable Fortune 500 companies found that they paid an average rate of 21.2 percent after numerous deductions and loopholes, not much higher than the proposed new rate. (Unprofitable corporations do not pay corporate tax, as corporate tax is a tax on profits.) Indeed, 100 of those corporations paid no taxes at all in at least one year over the studied eight-year period, while eighteen paid no such taxes for all eight years.

As a percentage of the U.S. tax burden, the corporate share has declined around 20 percent from 1950. That gap has been made up by an increased burden on individuals. Suffice it to say that the U.S. tax system is not unduly harsh on corporations. Thus, the premise that employment and economic growth are being constrained by a burdensome tax system strains credulity. Even though U.S. CEOs are perfectly happy to accept a cash handout, they have been relatively transparent about this fact. In a recent infamous video, a room full of CEOs would not pledge to increase their capital investments if the proposed tax bill passes.

The second major aspect of the changes to the corporate tax code involves the taxation of offshore profits. For years, corporations like Apple have avoided paying U.S. taxes by refusing to repatriate their overseas profits. U.S. corporations have stashed around $3 trillion in tax havens like Ireland as part of this strategy. First, the new tax system will automatically ‘repatriate’ these earnings to the U.S. at the bargain-basement rate of around 14 percent. Second, and perhaps more importantly, the bills propose a shift to a territorial tax system, which exempts U.S. corporations from paying domestic taxes on the profits made by their foreign subsidiaries. There is some irony in the arguments that the proposed changes will ‘bring back American jobs,’ as the new tax system may actually incentivize offshoring. Going forward, the U.S. tax code will make the monumental shift from not taxing foreign profits de facto to not taxing foreign profits de jure.

There will be international spillover from these proposed changes. To some degree, the U.S. will become more attractive to international investors, but the extent of that change and exactly where investment would be directed remain to be seen. More significantly, a U.S. territorial tax system will further encourage tax competition in other nations, as U.S. corporations will no longer hypothetically need to pay the difference between local and U.S. tax rates. Corporations headquartered in other countries, however, are not likely to shift their tax burden to the United States. While effective U.S. tax rates will remain quite low, they will not likely be low enough to compete with tax havens like Ireland and the Cayman Islands.

As such, the tax bill is not likely to have much of an impact on the offshoring of U.S. production to China. There may actually be an increased incentive for U.S. corporations operating in foreign markets to reinvest their gains in the local economies, whether in expanding their production or simply in the local financial markets. With China already easing restrictions on foreign investors, this may prove an additional impetus to U.S. investment in Chinese firms as the country recovers from the massive capital outflows of the preceding two years.

As I have argued elsewhere, the main barrier to increased investment in the United States is not taxation but low expected profits from new productive investments due to capital overaccumulation. This is why large, profitable corporations like Apple and Google are already sitting on massive sums of uninvested cash. These tax breaks may spur stock price increases and a slight drawdown in corporate debt burdens, but they are not likely to lead to major job creation, economic growth, or a decline in offshoring. Indeed, some of the most significant domestic impacts of the tax bill will arise from the ‘minor’ provisions sprinkled throughout, such as punitive tax increases on Democratic Party strongholds and the end of some popular household deductions.

Though the 2017 tax bill is an exercise in regressive redistribution, it is by no means unique. In the preceding decades, U.S. tax breaks sponsored by both major parties have promised, and failed, to deliver economic growth and job creation. The authors of this bill are no doubt aware of this fact, but they are nevertheless keen to deliver some kind of victory to their sponsors. It remains to be seen whether the political cost of such a blatant giveaway will be too much for the GOP to bear.

Tax ReformCongress
printTweet
You might also like
Back to Top
CHINA US Focus 2018 China-United States Exchange Foundation. All rights reserved. Disclaimer