Will the Renminbi Devalue?

The Renminbi surprised the World markets by its unexpected devaluations first in August 2015 and then in January 2016. Will the Renminbi devalue again? In this paper, the questions of whether the Renminbi is over-valued, whether the level of Chinese official foreign exchange reserves is adequate, and whether a devaluation is in the best interests of China are considered. The paper also discusses the risks faced by the Renminbi. But the most important consideration is how the confidence of the Chinese people in the Renminbi, which depends on whether it retains its purchasing power, both domestic and overseas, can be credibly maintained. The conclusion of this paper is that the Renminbi is unlikely to devalue abruptly and significantly going forward, even though there may be small fluctuations in the Renminbi exchange rate. 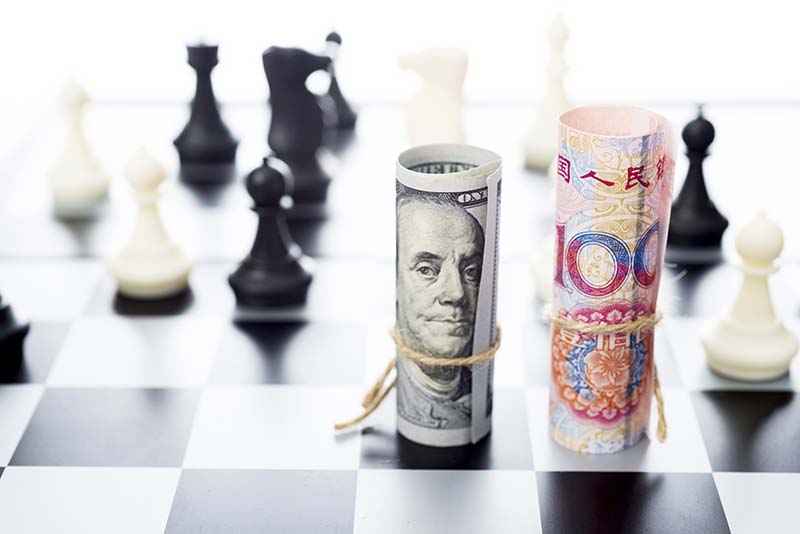 1. The Recent History of the Renminbi Exchange Rate

Before 1980, the Chinese Yuan used to be worth quite a bit, with an exchange rate of between 1 and 2 Yuan per U.S. Dollar (hence worth much more than the Hong Kong Dollar at the time). With the Chinese economic reform and opening to the World, the Renminbi devalued steadily against the U.S. Dollar from 1980 until the end of 1993. At the beginning of 1994, it undertook a significant one-time devaluation, to 8.7 Yuan per U.S. Dollar, and became current-account convertible at the same time. Since 1994, it appreciated with respect to the U.S. Dollar in both nominal and real terms until August 2015, to about 6.1 Yuan per U.S. Dollar. In the interim, there were two stretches, 1997-2005 and 2008-2011, both in response to financial crises elsewhere, during which it was essentially pegged to the U.S. Dollar.

Then in two trading days beginning with August 11, 2015, when the People’s Bank of China, the central bank, changed the method for determining the opening central rate in the foreign exchange market each day, the Renminbi abruptly devalued by approximately 4%. This was the largest devaluation of the Renminbi since 1994. The unexpected devaluation surprised the global capital markets, affected confidence both domestically and overseas, and even contributed to the delay by the U.S. Federal Reserve Board in raising the U.S. interest rate last year.

Towards the end of 2015, the International Monetary Fund, satisfied that the Renminbi had become “freely usable”, decided to include the Renminbi as part of the basket of major currencies (which includes the US$, the Euro, the British pound and the Japanese Yen) constituting the “Special Drawing Right (SDR)”, with a weight of 10.92%, which is greater than those of the British pound and the Japanese Yen (effective on October 1, 2016). This marked a milestone in the process of internationalization of the Renminbi. In the meantime, the Chinese interbank foreign exchange market was opened further to a more diversified group of overseas institutional investors. In December 2015, in part to reduce the foreign exchange market’s fixation on the Yuan-Dollar exchange rate, the China Foreign Exchange Trade System (CFETS) began to release a Yuan exchange rate composite index that measures the Renminbi’s strength relative to a trade-weighted basket of 13 currencies, including the U.S. Dollar, the Euro, and the Japanese Yen. In January 2016, the Renminbi devalued once again by more than 1%, but has held steady at around 6.5 Yuan per U.S. Dollar since then. (See Charts 1 and 2).

At the present time, the Renminbi exchange rate relative to the CFETS basket of currencies is approximately the same as it was at the beginning of 2015, which means that it has neither revalued nor devalued on a net basis over this period. This is possible despite the devaluation of the Renminbi with respect to the U.S. Dollar of approximately 5% during the same period because the U.S. Dollar appreciated even more relative to all other major currencies, including the Euro and the Japanese Yen. In fact, since 2005, the Renminbi has appreciated a great deal more with respect to the Euro and the Yen than the U.S. Dollar, and the Yuan/Euro and Yuan/Yen exchange rates have also been much more volatile than the Yuan/Dollar rate. (See Chart 3).

Exchange Rate RMB
printTweet
You might also like
Back to Top
CHINA US Focus 2018 China-United States Exchange Foundation. All rights reserved. Disclaimer