Will the Rise of the Digital Yuan Foreshadow a New Multi-polar Currency World? 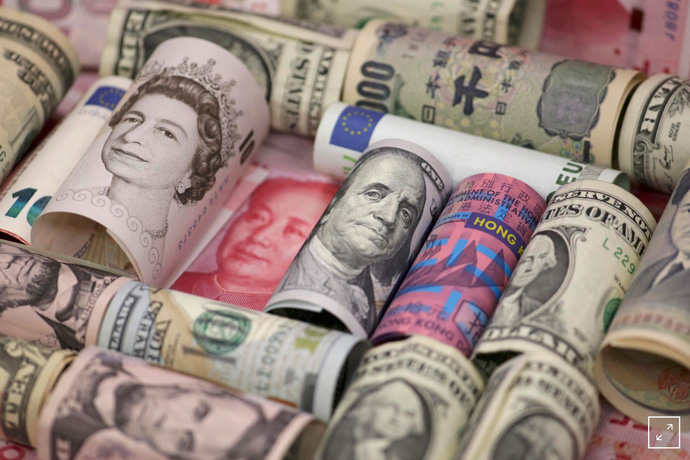 Over the past year, Central Bank policymaking over digital currencies have taken center stage as monetary authorities have redoubled their efforts for developing and launching a digital currency.  With a recent test conducted in Shenzhen, the People’s Bank of China is pressing forward with the digital yuan, placing it significantly ahead of that of western nations.

While China surges onward, the United States has been slow to grasp the significance of a digital currency, even while Bitcoin and other cryptocurrencies exploded onto the scene, potentially acting as a destabilizing force and encroaching on sovereign monetary authority.  Will China’s fast-tracking of the digital yuan rival the dollar and usher a new multipolar currency world?

America’s plan for digital money is treading cautiously as the Federal Reserve had until recently been lukewarm on the need for a digital dollar.  “We have not made a decision to issue a CBDC (Central Bank Digital Currency), and we think there is a great deal of work yet to be done, as well as extensive public consultation to be had with all stakeholders before making such a decision,” according to Jerome Powell, Chair of the Federal Reserve during a recent webcast hosted by the International Monetary Fund.

Not surprisingly, deeply-ingrained interests from a protectionist banking and payment industry bent on protecting their turf that stifles innovation and stamps out competition, contribute to a lack of urgency.  Failure to allow non-traditional actors including the technology sector to deploy their productive capacity, will over the long-term zap the pre-eminence of the greenback – digital or otherwise.

Facebook’s introduction of Libra in 2019 was an inflection point for Central Banks, accelerating efforts for digitizing their money supply.   Beijing’s project kicked into high gear, launching trials in May in Shenzhen, Suzhou, Chengdu, and Xiong’an, which culminated in a recent pilot in Shenzhen where 50,000 residents were randomly selected to receive 10 million yuan of electronic money to spend at over 3,000 retail outlets.  In doing so, the government has cleverly hitched a ride on the payment networks built out by Alipay and WeChat.  The head of the People’s Bank of China recently stated that both technology giants are the wallets while the DCEP (Digital Currency Electronic Payment) is the money inside – signaling a complementary role for firm and state.

In a previous essay, I argued that to internationalize the yuan, Beijing will need to roll out bolder programs, relying less on policy measures and more on true structural reforms that ease capital controls.  Until such time, the digital yuan can still capitalize on the massive amount of trade occurring as part of the Belt and Road Initiative (BRI), including yuan-denominated debt issued in support of BRI activity.

A broad and deep liquidity pool of digital yuan could be established, backed by the wherewithal of the Chinese state, to service the needs of all of its cross-border development activity including those spearheaded by the New Development Bank (BRICS Bank) and the AIIB (Asian Infrastructure Investment Bank).  Partnering with other like-minded institutions such as the African Development Bank and Asian Development Bank casts a wider net for the yuan.  This is a first-order effect.

Beijing stands to profit from an exceedingly rare and limited occasion to internationalize the yuan.   Limited – because of the absence of other state actors that have yet to introduce a competing digital currency.  In part, this is due to collaboration by Western and Japanese Central Banks for devising foundational principles and core features for a digital currency that will not compromise monetary or fiscal stability and can coexist with the existing money supply.

Conceivably, China’s DCEP could become the de facto transaction currency for projects in developing nations, offering local economies an opportunity to leapfrog incumbent financial infrastructures and remove friction associated with traditional payment mechanisms, including payment lags and high transaction costs.  Early rollout of the digital yuan provides first-mover advantage by sharing technical expertise with other nations building their own digital currencies and allows for setting standards others may copy.  China has an opening to create a new payment infrastructure that rivals the dollar-dominated SWIFT (Society for Worldwide Interbank Financial Telecommunication) network with the digital yuan as the focal point.  This is a second-order effect.

Zooming out of BRI-related trade to focus on the larger panorama of global commerce brings us to a setting where China, the world’s leading trading nation with over $2.5 trillion USD in exports, still has much of its exports designated in dollars.  The digital yuan marks a propitious occasion to convert some of China’s dollar-denominated exports into yuan, expanding international adoption of its currency while loosening the dollar’s chokehold on global trade, making it a third-order effect.

While many countries may be ready to adopt China’s digital currency as a medium of exchange, for the convenience and frictionless experience it conveys, others will delay its use as a store of value.   The U.S. dollar has dominated global trade since the end of World War II and its decades-long status as the pre-eminent store of value will not be relinquished, at least not in the short-term.  The yuan – whether in digital or analog form – will not upset that order as it is constrained by the same policies.

Restrictive capital controls and firm management of the currency’s exchange rate, which show no sign of meaningful abating, will hinder widespread use of the yuan.  In the long-run, investors are looking for a currency that is freely convertible, stable, and underpinned by a strong economy that reflects accurate market conditions.  Innovative technology that provides convenience though welcome and desirable, is not a make or break factor for investors with longer time horizons and sophisticated requirements.

Is a reshuffling of the currency world order looming?  Will the yuan rival the dollar?  Not in the near-term.  The digital yuan will gain further credibility as a medium of exchange from supplemental users but less so as a safe haven currency.  Trust in the government that issues coinage, to act as a steward of wealth, is arguably the one differentiating factor for a reserve currency.  Barring a severe economic or political crisis in the U.S., the dollar’s reputation – as the ultimate safe haven from financial crises that have punctuated history over the past century – will endure.

Dawn is just starting to break for digital currencies.  China’s digital offering will have first-mover advantage but those from other central banks are coming into view just over the horizon and we have yet to witness how the global public will react to their adoption. The digital yuan will be jostling for position and play a leading role in challenging the hegemony of the dollar but it will not usher its demise.  The greater significance is that the digital economy needs digital money.  Ultimately, the unveiling of the digital yuan will mark a pivotal moment, a quantum leap in the global history of money.

YuanRMBGlobal Economy
printTweet
You might also like
Back to Top
CHINA US Focus 2023 China-United States Exchange Foundation. All rights reserved.