A Face to Launch a Thousand Ships? 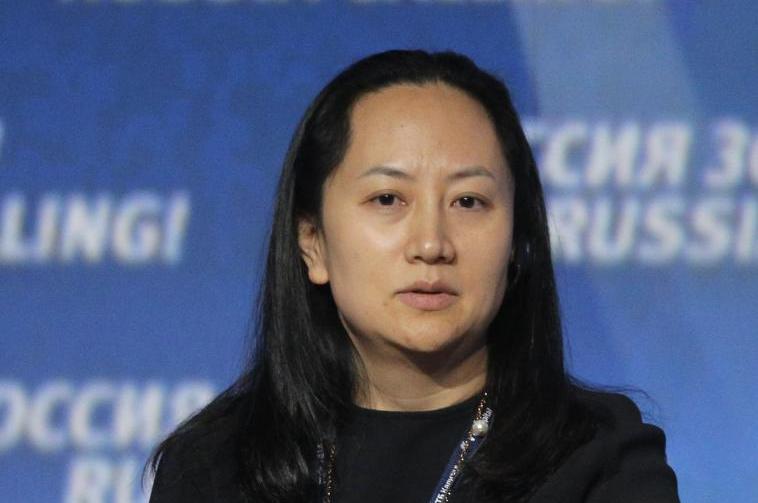 Pictures of the photogenic Meng Wanzhou, the “professional face” of the Chinese electronics giant Huawei, after her surprise arrest in Vancouver bring to mind the ambiguous gaze of the Mona Lisa, conveying more bemused puzzlement than fear.

The US had just demanded that Canadian officials arrest China’s best-known female executive as she was changing planes in Vancouver en route to Latin America, and they complied, as per protocol.

Up until this point, all eyes were on the mysterious, fabulously wealthy woman who was only glimpsed but never given voice, adding to her enigma. It was a natural human-interest story laced with schadenfreude - the story of a smug jet-setter snatched by the long reach and long talons of unilaterally imposed US justice.

The Mona Lisa model is fitting for a case filled with ambiguity, but what if it explodes into something else? What would be truly fearful is if political bungling on the part of China and the US transforms Meng into a different kind of beauty - a modern-day Helen of Troy.

How much is China willing to sacrifice to get her back? How badly does the United States want her on US soil? The answers to these questions may determine whether her extradition on the criminal charge of evading sanctions will provoke two uneasy rivals to become enmeshed in Cold War style clashes, or even hot war.

Indeed, the arrest has not only shaken up Huawei, it has shaken confidence in the ability of the US and China to settle the differences between them in a civil and constructive manner. It bodes ill for trade and avoiding a trade war.

Meng's extreme wealth is inescapably part of the optics, but so is her gentle appearance and her gender. How many women make it to the top of powerful corporations? How many rich Wall Street executives were arrested in the wake of the financial wrongdoing that almost tanked the US economy in 2008?

For the US government to win hearts and minds, it wouldn’t do to have media focus on an attractive image of Meng Wanzhou as a person, so the story had to be shifted to the impersonal corporate giant Huawei, of which she is a captive representative. The Trump administration and various security pundits in the US defended the arrest and, as if on cue, a cottage industry of anti-Huawei stories emerged overnight.

Republican Senator Ted Cruz tweeted that Huawei is “a Communist Party spy agency thinly veiled as a telecom company” as reported in Politico, while Democratic Senator Mark Warner, vice chairman of the Senate Select Committee on Intelligence, said it’s clear that “Huawei and ZTE are a threat to national security.”

Some press outlets took cues from government sources, while others just followed the drumbeat, because all of a sudden, for the herd-minded in the media, saying bad things about Huawei was the thing to do.

The message was simple: Huawei cheats and spies, Huawei must be stopped.

Even the Gray Lady had Huawei firmly in her sights. The New York Times ran articles on Huawei’s “wolf culture”, sanctions fraud, and a questionable charm offensive in Europe. Huawei took a concerted beating throughout the mainstream press and in the airwaves.

The shock of the arrest and the media pile-on, in the midst of a messy trade war, apparently stoked Beijing’s anger, which lashed out in an uncharacteristic way. Going against its usual practice of seeking to resolve sensitive disputes behind closed doors, the outsized and incendiary nature of Beijing’s public outrage actually began to lend credence to the possibility that Meng was in fact doing work for government agencies and that Huawei was in fact working in service of China’s cybersecurity commissars. To be fair, it’s not unknown for US tech companies to work with the US government, which is why a shudder of fear went through Silicon Valley firms doing business in China.

But Beijing dropped a stone on its own foot when it started taking Canadians in China into custody, first one, then another, and yet another still. It had the appearance of hostage-taking, redolent of a war without mercy. If the individuals in question were kidnapped as political pawns, it is as shameful as it is appalling.

The apparent hostage-taking was followed by the cruel and unusual verdict of a death sentence for a Canadian who was appealing a stiff sentence for a drug charge. This marked the darkest phase of the dispute to date. While it is theoretically possible that China’s unseemly crackdown on Canadians was coincidental rather than strict tit-for-tat, careless babble by Chinese diplomats and self-incriminating media commentary suggest that Canadians were singled out intentionally, as China legal scholar Donald Clark convincingly argues in the Washington Post.

The other shoe fell when, in the face of retaliatory threats from Beijing, the US complacently asserted its right to press for formal extradition. The chance for a face-saving resolution came and went. If the US had taken no further action, the writ for Meng’s detention would have expired at month’s end, and the crisis would have been alleviated.

Ambassador John McCallum, Ottawa’s envoy to Beijing then suggested in some offhand comments that extradition was neither desirable nor a sure thing. McCallum, a seasoned politician who used to represent a large Chinese constituency in parliament, freely spoke his mind over dim sum with a reporter eager for a scoop. His wistful comments, along the lines of extradition not being a done deal, and ‘wouldn’t it be nice to drop the whole thing,’ were reported. Soon, anti-China hardliners on both sides of the 49th parallel were up in arms, aghast at the subversively soft stance. His conciliatory comments suggested there existed a crack of daylight between the US and Canadian positions, and for that he got fired.

US National Security Adviser John Bolton, a bellicose hawk on both Iran and China, and one of the architects of the whole intrigue, framed the Huawei dispute and the trade war in shallow, opportunistic rhetoric, telling the Washington Times that China is converting its wealth into military capability, so economic warfare is part of the game.

If the US is selectively humiliating Huawei, the world’s second largest maker of mobile phones, precisely because it is an awesome economic rival, it represents a new low for US diplomacy and raises the question about the legality of the Meng Wanzhou arrest in the first place.

Citing Edward Snowden’s revelation that the NSA had infiltrated Huawei’s headquarters in Shenzhen, a David Sanger report in the January 26, 2019 issue of the New York Times makes a belated concession to the Chinese side of the story:

“The Americans were trying to do to Huawei the exact thing they are now worried Huawei will do to the United States.”

This remarkably concise summation of the case underscores a US policy stance that is not only hypocritical, but hypocritical based on a hypothetical, since it suggests that Huawei has yet to do what the US is already doing.

If so, Huawei is under the gun for a future crime that it has not yet committed.

Tensions brew unabated. If the enigmatic face of Huawei should launch a thousand ships, let it be air cargo and freighters carrying mobile phones, not missile-carrying jets and destroyers.

Huawei
printTweet
You might also like
Back to Top
CHINA US Focus 2022 China-United States Exchange Foundation. All rights reserved.