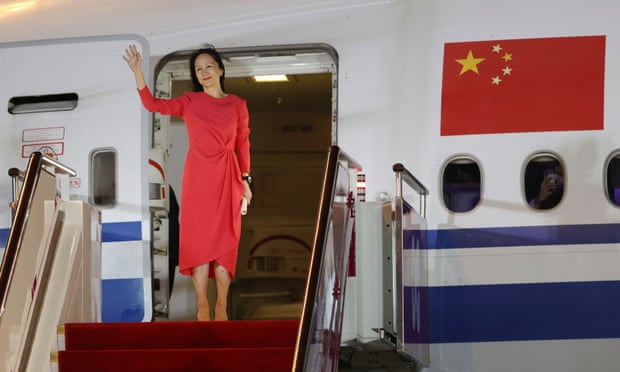 The case against Meng Wanzhou has effectively come to an end. While I feel strongly that she would have prevailed before British Columbia Associate Chief Justice Heather Holmes, I have not lived through more than 1,000 days of uncertainty as a hostage in an international game of “King of the Hill.”

As part of the deferred prosecution agreement, Meng was asked to sign a list of admissions, which are factual in terms of transaction dates and meetings. The only troublesome issue is the latter part, which says Meng’s intent was to deceive banks. Clearly, as with other companies doing business globally, Huawei was only trying to comply with the U.S. unilateral Iranian sanctions — perhaps with a less sophisticated approach than used by others. But the U.S. response was disproportionate. It used leverage it had acquired over a bank that had laundered $880 million in drug money for South American cartels to mount a political leverage campaign against Meng’s father and Huawei, the company he founded, because Huawei had the audacity to surpass the U.S. in key technologies and had become a symbol of a technologically rising China.

Looking at the admissions, one might question whether they ever should have amounted to a major case.

What is particularly noticeable is that there are no specific recitals of the value of contracts or security issues involved. The factual dates of meetings and corporate filings are the routine machinations of a corporate bureaucracy.

And so it seems, in the end, that the U.S. simply wore Meng down with a Kafkaesque nightmare, out of proportion to any substantive allegations. Apart from Meng, the biggest losers were the international system and Canada.

Meng lost her freedom and lived for almost three years under the constant swinging scythe of American Realpolitik.

The international system lost because seizing Meng for use as a political pawn set a shameful international example. If the U.S. can inflate issues and seize people for purely political purposes, then it effectively gives the green light for others to do the same.

Canada lost, because what was supposed to be a simple favor for Donald Trump, to aid in the interdiction of Meng, turned into an economic disaster for the country, increasing Canada’s dependency on the U.S. by estranging it from China — in essence ending, for now, Canada’s ambition to balance its trade relations and be more politically and economically independent.

The case also underlines an emerging and troublesome aspect of U.S. President Joe Biden’s administration: its inability to think through the consequences of its actions and a willingness to put its own interests above others. The retreat from Afghanistan left America’s allies in the dark and in danger, and the sale of nuclear submarines to Australia blindsided the French — with the U.S. all the while preaching the necessity of a united front of “like minded Democracies.”

The Meng incident also revealed a president who, while more congenial than the previous one, has a similar transactional mindset, except that for Trump it was always about economics and for Biden it is always about politics. It’s a testament to the experiences and forces that shaped both and the reason neither will be judged by history as a true statesman.

And so Meng’s chapter in this sordid tale ends with a whimper, not a bang. The bottom line of the case is that there were no winners. The world is worse off today than it was before Meng was taken hostage, and yet the aimless policies and machinations of a superpower intent on maintaining its hegemony goes on.

Meng WanzhouHuaweiU.S.-China Rivalry
printTweet
You might also like
Back to Top
CHINA US Focus 2023 China-United States Exchange Foundation. All rights reserved.