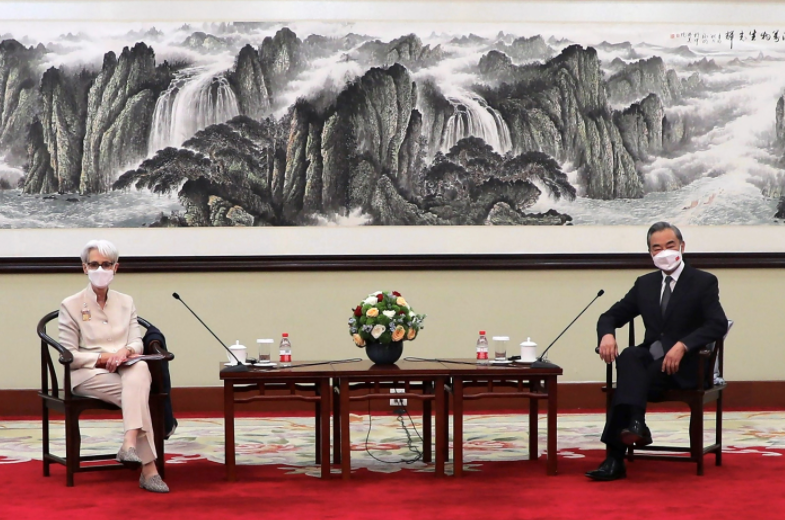 What is extraordinary is that China presented the United States with a choice and urged that the U.S. should no longer have its cake and eat it too: If the U.S. wants China’s support on many important issues, both domestic and international, then the U.S. needs to discontinue treating China as a presumptive or imaginary enemy. Or, if the U.S. wants to treat China as as presumptive or imaginary enemy, then it should not indulge in fantasies that China has a split personality that allows it to cooperate with the U.S. as it sees fit, and to suffer manhandling at the whims of the U.S.

Beijing has made it clear that while China is not and does not want to be an enemy of the U.S., if the U.S. wants to treat China as an enemy, China is fully prepared to deal with the U.S. as it is, with all the consequences for both countries and for the world at large. No more “having the cake and eating it too by the U.S.” Pick and choose. China believes in the “inevitable peace” between China and the U.S. and abhors the twisted “destined for war” psyche in Washington.

Among the specific items that China demanded are remedial measures by Washington to rectify its mistakes, China specifically raised the U.S. extradition of Madam Meng Wanzhou. Up to now, China has focused mostly on Canada, demanding that Canada allow Meng to go home and that it serve no more as an accomplice of the U.S. in this political persecution. As a matter of fact, Canada has been thrown under the bus by the U.S. as far as this extradition case is concerned. Washington drove a wedge into the China-Canada relations and turned both Beijing and Ottawa into unwitting victims.

What Canada needs to be prepared for, now that Beijing and Washington are better aware of each other’s bottom lines, is that they will have greater incentive to talk with each other with greater realism and pragmatism. Neither side has any incentive to touch the red line of the other to trigger a great conflagration. Both sides will have incentive to identify where they can trade with each other realistically, and where they need to demonstrate greater flexibility for mutual benefit.

The extradition of Meng, whose strategic value for the U.S., if any, has long since evaporated, may become a bargaining chip that Washington is eager to use in its overall dealings with China.

This may leave Canada out in the cold, if not in deep freeze, even though fires are raging in many parts of western Canada. The worst for Canada is to be exposed as lacking in independent thinking and being willingly or unwittingly used as a foot soldier of the Yankees, wounded in all four limbs but abandoned when the Yankee generals found it imperative to deal with the other large power directly for better deals.

Ever since December 2018, Canada has incessantly talked about the rule of law tradition involving the Meng extradition case. However, in addition to the many holes in this case, the recent decision by Canada to deny admission of recently discovered evidence in legal proceedings involving HSBC — which would have significantly weakened if not destroyed the “financial fraud” claim in the U.S. extradition demand — is by now the only viable pillar upon which Canada is resting in continuing its legal proceedings on the forced extradition of Meng to the U.S..

While Canada is not the birthplace of boomerangs, it may suffer a direct hit by a legal one, as it now needs to defend why the legally discovered evidence is barred from Canada’s extradition proceedings.

Rule of law? Or rule of the law of political or geopolitical convenience? If Canada plays politics in its courts rather than delivering genuine rule of law, other countries can reciprocate. China and the U.S. may decide to deal with each other directly regarding Meng’s extradition, leaving Canada in the cold with a big boomerang knot on its head.