Implications of Trump’s Withdrawal from the Iran Nuclear Deal 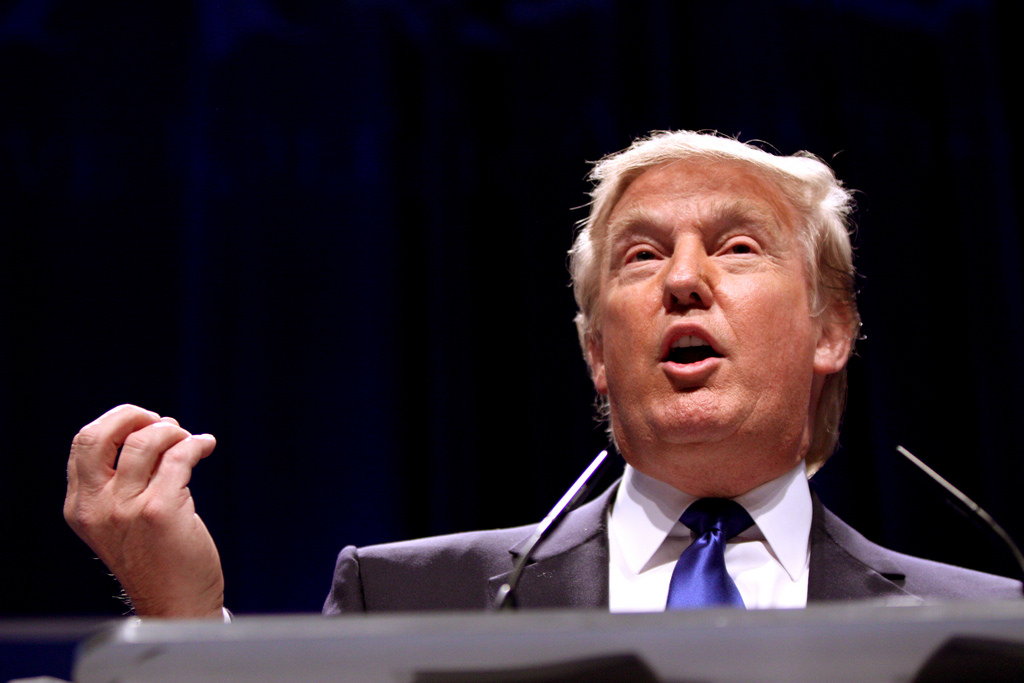 It is less than a month before the U.S. is set to withdraw from the Iran nuclear deal unless its European allies will “fix the terrible flaws” in the deal. Actually the U.S. has already in some ways withdrawn from the deal since it has not removed financial sanctions, which is its most important commitment in the deal. What the international community is concerned about is whether U.S. President Trump will formally withdraw from the deal. The chances are high, and the implications will be far-reaching.

On July 14, 2015, the U.S., China, Russia, France, Britain, and Germany signed the Joint Comprehensive Plan of Actions (JCPOA), dubbed the Iran nuclear deal, with Tehran, which was later approved by the United Nations Security Council. According to the deal, Iran would suspend a wide range of its nuclear activities which might lead to weapons grade nuclear capability for certain periods of time, and in return, the UN Security Council would remove relevant sanctions, and the U.S. would also remove its own sanctions on Iran in relation to the nuclear issue.

According to various IAEA reports, the Iranian side has met its commitments since the deal came into effect in January 2016, and the multilateral sanctions based on UN Security Council resolutions on Iran’s trade of precious metals and chemicals have also been removed. But this has not been reciprocated by the U.S. Though it did de-freeze a large amount of Iran’s assets, the U.S. never removed the sanctions on Iran’s financial system. That’s the reason Iranians say the deal has only been implemented on paper, but not in reality.

Unlike his predecessor, Trump has strongly opposed the deal, which he criticized as the worst deal in U.S. history. He held that the deal should not have an expiration date for restricting Iran’s nuclear activities, and there should be tougher inspection measures on Iran’s sensitive nuclear facilities and restrictions on Iran’s missile programs. He also criticized his predecessor for returning Iran’s frozen assets too early.

In legal terms, U.S. withdrawal will have limited effect. The U.S. is only one of the parties of the deal, which has also been approved by the UN Security Council. That’s to say, unless the UN Security Council passes a resolution abandoning the deal, it will remain in effect. And the U.S. withdrawal is nothing but a unilateral refusal to implement the commitments in an open way. Since the U.S. has not removed its financial sanctions on Iran as promised, in effect, the deal has already died due to poor implementation on the U.S. side.

Since the U.S. remains the single most important party to the deal, the political and economic impact of Trump’s declared withdrawal from the deal will be great despite the limited legal implications. A declared withdrawal will greatly undermine global efforts in non-proliferation. The chances will increase that the U.S. will add new unilateral sanctions on Iran.

Trump’s declared withdrawal will firstly very seriously undermine the international non-proliferation regime. Iran should not withdraw in response, since it can still benefit from its normalized relations with other parties to the deal, but the pressure to withdraw from the deal is always there, and the chances of Iran’s refusing to implement the deal will increase if the U.S. won’t meet its commitments. Actually, pressure for adopting counter-measures had been growing particularly since the second half of 2016 when Iran found the economic sanctions were still there.

In addition, Trump’s withdrawal will undermine the confidence and appetite of other potential nuclear proliferators to resolve similar issues via negotiation. Negotiation is always the best way to resolve the non-proliferation issue. The negotiated solution to the Iran nuclear issue was even once regarded as a good example of solving the problem of nuclear proliferation. If the agreement can be so easily broken, why should people negotiate?

Secondly, Trump’s declared withdrawal will undermine Iran’s political stability. The signing of the nuclear deal at the very beginning in the second half of 2015 had greatly strengthened the political legitimacy of the Islamic government led by Ali Khamenei and Hassan Rouhani. Iranians believed that the deal would bring economic development. But unfortunately, they found the deal didn’t bring job opportunities because the U.S. has not removed sanctions on Iran’s financial system. All this greatly undermined Iranian people’s confidence in Hassan.

The last months of 2017 witnessed very serious demonstrations in cities across Iran. The reasons are numerous, one of which should be discontent among the people against the failure in the deal. If Trump formally withdraws from the deal, Iran will predictably face more sanctions, which will further harm its external economic environment and create more unemployment. That will lead to more dissatisfaction among ordinary Iranians. The Islamic Republic will have to face real challenges.

Besides, formal withdrawal will enhance the image of the U.S. as a rule-breaker amongst the international community. Though always criticizing other nations, the U.S. is the one that most frequently breaks international rules. The leaders of any country have the responsibility to implement the commitments made by their predecessors. But the Trump administration reneges on them as easily as tearing a piece of paper.

Iran Nuclear DealUS-IranNuclear Proliferation
printTweet
You might also like
Back to Top
CHINA US Focus 2018 China-United States Exchange Foundation. All rights reserved. Disclaimer