After the Pandemic: More or Less Anarchy? 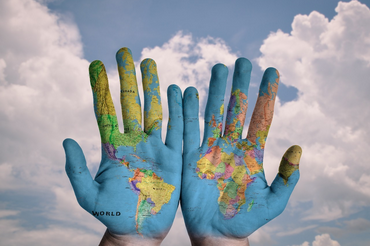 The pandemic has wreaked havoc with global governance, plunging the world into further anarchy with fundamental changes. Thomas Friedman as usual wisely opined that covid-19 divides the world as one before the pandemic and one after. The world is witnessing the emergence of a new world where global governance in particular public health governance including crisis management is in disarray.

The major power cooperation essential to the provision of global commons in support of a functional global governance system is fading fast as a result of intensifying geopolitical entanglements. The pandemic served as a catalyst escalating fragmentation and anarchy of global governance and post-pandemic governance will probably be more rather than less anarchic. Let us take a look into the post-pandemic world.

Globalization, as is known to all, comes to an end.

The pandemic seems to be pushing globalization back to the years before the 1980s, as countries are locked down and borders sealed. COVID-19 has been spreading globally for months with no end in sight soon.

Globalization was already under siege before COVID-19 with the global trading system ravaged by trade wars and the collapse of the World Trade Organization when its appellate court fell below the required number of judges.

The pandemic has disrupted world commerce, trade and the free flow of people; it has broken down global supply chains and brought global economy into negative growth. The International Monetary Fund estimated that global GDP in 2020 would be minus 3 percent.

A Singapore scholar predicted that after the pandemic would come “limited globalization.” Chatham House CEO Robin Niblett said that globalization as we know it is coming to an end.

Geopolitical strategic competition between major powers becomes more intense and complicated with COVID-19 further exacerbating, among other things, an already deteriorating bilateral relationship between the United States and China.

The emerging decoupling of the two countries, especially in high-tech and scientific fields, is greatly worrying, though it is still uncertain that decoupling will become a full reality anytime soon.

In a survey in April by American Chambers of Commerce in China for American big business, 44 percent believe the two will not decouple their economies, a drop from 66 percent in an October survey.

The Trump administration announced a series of additional sanctions against China, with the American tariff against China reaching a historic high since 1993. The U.S. Department of Commerce put an additional 30 plus Chinese companies on the Entity List.

COVID-19 could have been an opportunity from the beginning for the U.S. and China to engage in much-needed cooperation in fighting the virus and in strengthening scientific research on vaccines and anti-virus medicines. Regrettably, the two countries instead fell into an ugly blame-game.

The U.S. is bent on pulling China into a destructive geopolitical rivalry no one can win, forcing Sino-U.S. relations into a virtual free fall that could end up hurting everyone.

U.S. election year politics have substantial implications for its domestic and foreign policies. As always, China-bashing is a fixture in American elections for both parties. Sino-U.S. relations will no doubt be subjected to the vicissitudes of U.S. domestic politics.

The post-pandemic world economy will experience years of recession with mounting financial risks amid a high-speed technology revolution.

Demand has plummeted world-wide as many medium-and-small businesses went bankrupt reducing jobs across the economic spectrum particularly in the service sector like tourism. As secretary-general of the International Mountain Tourism Alliance, I know well the damage done to tourism. A WTTC forecast shows that 50 million tourism jobs were lost because of COVID-19, 12 to 14 percent of the global total.

Financial markets are now flooded with unlimited QEs. and negative interest rates from the U.S. and some other major economies have increased the risks of a financial crises.

Countries have no choice but to institute drastic measures to prevent COVID-19 from spreading onto their own soil, including lockdowns and sealed borders. Multilateralism as the pillar of global governance has been weakened if not destroyed by COVID-19, which changed ways of life and way of production. The European Union, a beacon of global governance, is almost certain to hit further snags in its regionalism. COVID-19 drew attention to the WHO as the global professional center to mobilize resources to fight the pandemic and to research vaccines and cures.

In the post-pandemic era, were such a technical and professional global public health body to become dysfunctional, the prospect for global governance will indeed be dim, a harbinger of a more anarchic world in which rules of the jungle will again prevail. Such a world will be a worse place for all, as interdependence and interconnectivity provide a bond for all people.

The post-pandemic years will contrast nontraditional security threats more sharply with traditional threats. The COVID-19 outbreak is a shocking wake-up call for all to reprioritize global public health and energy security crises, climate change, cybersecurity and other issues atop the list of security threats. These will overtake military conflicts and other traditional threats. The strategic thinking of countries — in particular the major powers — has to shift. The sooner this is done, the better the chance to survive in the emerging world of increased anarchy.

The pandemic gives the world another sobering lesson that no country is an island that can handle any global challenge and crisis on its own.

Are there any possible remedies to reverse the downward spiral of global governance to make the emerging world a less anarchic one? Yes, but they will be dependent on some basic cooperation by major powers.

The global governance system must adapt to the reality of “limited globalization” by carefully accessing post-pandemic governance scenarios and, on that basis, reaffirming adherence to the rules-based system through requisite reforms.

Efforts need be made to balance major power competition and cooperation to avoid a full-blown confrontation. Geopolitical entanglements and difficulties should not be allowed to push competition into a vicious cycle. Competition is normal only when it is based on agreed and acceptable rules. Political negotiation and dialogue should prevail over unilateral action or coercion in dealing with international affairs and disputes.

Economic growth is the key to everything. Jobs must be created and maintained to boost economies and support social stability. Continued efforts need to be made to bridge the gap between rich and poor. Global supply chains will adjust to more anarchic scenarios, and this must be done through market mechanisms. Regional supply chains or regional and sub-regional “safe bubbles” will come into being to supplement global ones.

In sum, the pandemic is a stress test and a wake-up call for all countries to participate in a world with more anarchy and to make wise decisions for moving ahead.

COVID-19GlobalizationGeopoliticsGlobal EconomyGlobal Governance
printTweet
You might also like
Back to Top
CHINA US Focus 2022 China-United States Exchange Foundation. All rights reserved.