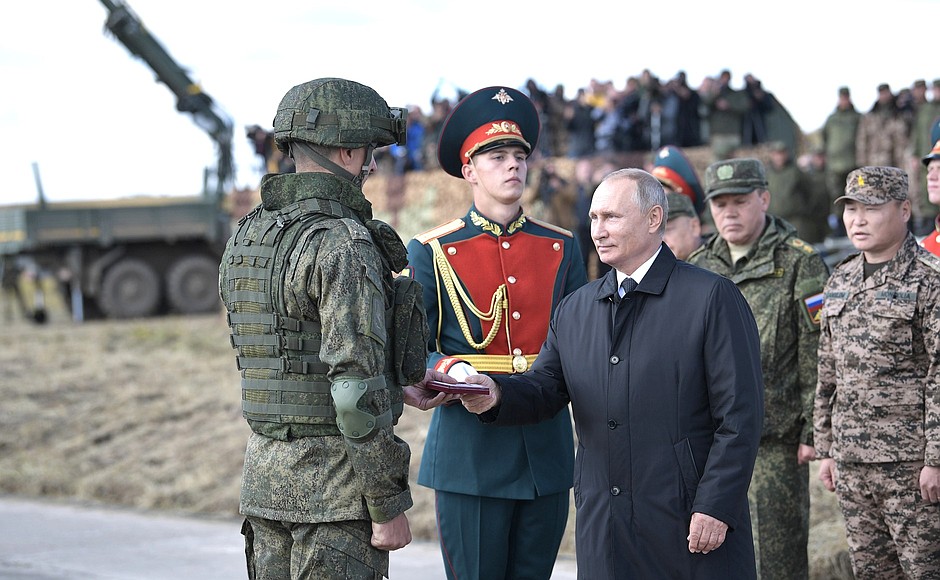 Is the escalating trade war between China and the US starting to spill over into other areas? The US State Department said on 20th September that it would immediately impose sanctions on the Equipment Development Department (EDD) of the Chinese military and its director, Li Shangfu, for engaging in “significant transactions” with Rosoboronexport, Russia’s main arms exporter. The EDD and Li Shangfu are reportedly responsible for China’s purchase of Russia’s Su-35 combat aircraft and the S-400 surface-to-air missile system.

Beijing didn’t hesitate to retaliate. It recalled Chinese navy commander Vice Admiral Shen Jinlong, who was in the US attending the 23rd International Seapower Symposium, and postponed a meeting between their joint staff departments.

If China’s economic success in the last four decades is due in part to learning advanced technology and modern management from the West, then the advance of China’s military technology is due in part to cooperation with Russia. Such cooperation started soon after the founding of the People’s Republic of China. For example, most of Chinese military aircraft were Russian variations. A second wave of cooperation started after the Gulf War, with China importing and then manufacturing Su-27 jet fighters under license. Russia has proven to be China’s most useful partner in military technology cooperation.

However, one only needs to see Chinese home-made aircraft carriers and stealth fighter jets to know that the PLA is no longer dependent on Russia technology. What the PLA could learn most from the Russian military is its military doctrines and combat experience. Russia was once a superpower with military strength equal to the US. Its military doctrines, C4ISR and lessons learnt from recent wars could be instructive to the PLA.

Both the Chinese and Russian militaries have gone through drastic military reforms. The difference is that the Russian military could verify the effectiveness of its reform through a series of wars, while the PLA could only do that through military drills. China has not been involved in a war since 1980.

This is why such exercises as Vostok-2018 - the largest Russian military exercise since the Cold War, which was attended by 3,200 Chinese troops with 30 fixed-wing aircraft and helicopters, are significant to the PLA. Only large scale exercises can show the true capabilities of a military. Therefore, the more sophisticated the exercises, the better.

Besides, such large exercises are meant to address large scale-conflicts rather than non-traditional threats such as terrorism, piracy, and natural disasters. China is not completely unified, and some Chinese territories are still being occupied by other countries. If large scale conflicts or wars cannot be ruled out, then such sophisticated exercises with Russia are certainly invaluable to the PLA.

The PLA doesn’t have technological exchanges with the US military. Therefore the American sanctions, based on the Countering America’s Adversaries Through Sanctions Act, won’t have an effect on the cooperation between Beijing and Moscow.

Over the years the Western sanctions and arms embargo on China have actually boosted China’s independent research and military technology development. A report published by the International Institute for Strategic Studies (IISS) in February noted that “since 2000, China has built more submarines, destroyers, frigates, and corvettes than Japan, South Korea, and India combined”.

The sanctions on China looks more like a warning to other potential buyers of Russian weapons, like India and Turkey. Turkey, a NATO member state, is criticized by the US for her intention to buy S-400 anti-aircraft missile systems because such weapons are not “compatible” with NATO weapons system. But if Washington succeeds in dissuading potential buyers from buying Russian weapons, Moscow may become determined to sell more advanced weapons systems to Beijing since China becomes a more important buyer.

The American sanctions on China-Russia military trade, albeit inconsequential, does add insult to injury in the current international situation. If it is fair to say that neither China nor the US wants a cold war, then they should try to mitigate their differences to prevent tensions from spreading to other fields. The problem is that the Trump Administration doesn’t seem to care. It is increasingly using sanctions as handy tools against others.

But these sanctions have produced the result the US wants least, that is, ever closer relations between China and Russia. Recent years have seen the two countries holding joint exercises in areas that are crucial to their security side, like the Mediterranean, the Baltic Sea, the Sea of Japan, and the South China Sea. Beijing and Moscow have also conducted computer-assisted war games on missile defense. Both China and Russia maintain that they are strategic partners rather than military allies. This sounds like saying they are like two parallel lines - however close they are, they won’t overlap, but a big question for the West is: what if they keep getting closer?

China-Russia Relations
printTweet
You might also like
Back to Top
CHINA US Focus 2020 China-United States Exchange Foundation. All rights reserved.