The U.S.-China relationship is one of the most, if not the most, important relationships for the next president of the United States to get right. There are two common perspectives on it among American policy analysts of Asia; those who see the U.S.-Asia relationship as paramount with China just a subsidiary element, and those who see the U.S.-China link as being the priority with the rest of Asia being viewed only in relation to it. These two views can have quite different implications. 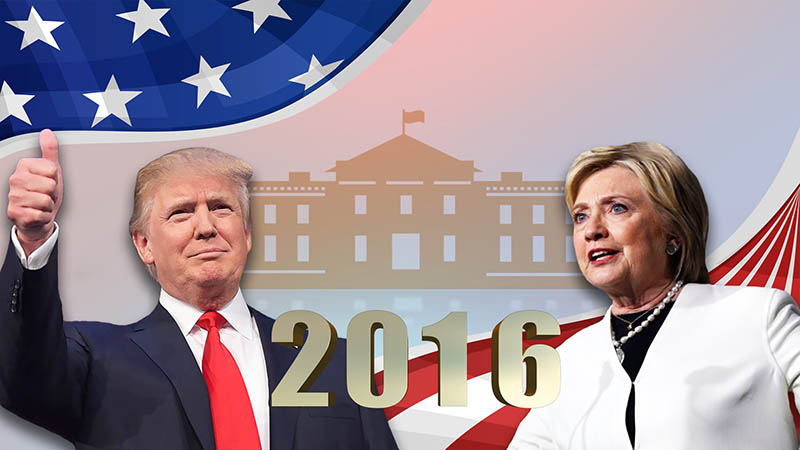 The two candidates for president – Donald Trump (Republican) and Hillary Clinton (Democrat) sit one in each camp; Hillary is an Asian-ist first and foremost, while Trump is likely to focus in on China. Understanding the differences between these approaches leads to two potentially wildly divergent policies that the candidates are likely to take towards the region.

In broad terms, Clinton’s foreign policy is a continuation of that of President Barak Obama (albeit, she is more an exceptionalist, and he, a realist). The 2011 rebalance to Asia occurred under Clinton’s leadership at the State Department and was driven by Kurt Campbell, then-Assistant Secretary for East Asian and Pacific Affairs and a likely candidate for a senior position in either the Departments of State or Defence in a Clinton administration. Under her leadership the rebalance will continue.

Hillary Clinton has strong relations with a number of Asian powers. As Secretary of State and in her campaign, she has emphasized the importance of working with allies and is likely to take seriously the concerns of long-standing friends. At the same time, Clinton is more hawkish than President Obama – more willing to use the military (in this respect she is more akin to a traditional republican). Both of these factors ensure that reassuring and supporting America’s Asian allies will be a priority.

Perhaps of less appeal to many of these allies however is the fact that Clinton has been pushed strongly left during the campaign on trade, eventually coming out clearly against the Trans-Pacific Partnership (TPP), an initiative that many allies strongly endorse. On the other hand, for most of her career Clinton has been supportive of free trade. While it will take a couple of years to overcome her campaign rhetoric, Clinton will likely support the TPP in time.

While Clinton is going to start from a pan-Asian perspective, this does not mean that she is anti-China. In fact, Clinton will look to engage positively with China where she can, picking up on the progress that Obama has made on issues of common interest such as the environment, piracy and disaster relief. She is unlikely to push China on human rights issues any more than has President Obama.

There would be few surprises for Asia in a Clinton presidency. As with recent presidents, both democrat and republican, she would largely pursue a ‘hedge and engage’ policy towards China. She would support American treaty and other allies and partners and she would work to ensure that the United States remains the paramount Asian power.

As Donald Trump relayed in a speech in Washington in April, “We must as a nation be more unpredictable”.[1]  This could play out with regards to America’s relationship with China in particular.

Trump is likely to prioritize economic growth as a foreign policy objective. This sits behind a number of his policy proposals not least his attitude towards trade agreements (not that they are bad but instead badly negotiated) and his insistence that China play more fairly on currency, subsidies and industrial espionage. If he can find ways to work collaboratively with China on economic issues this will predominate. However, if China takes a more assertive approach on these issues, it will draw out a strong response. The unpredictability comes from understanding what Trump will deem ‘fair’ in these circumstances. His all or nothing approach could swing either way.

Trump has repeatedly made clear his view that America’s allies need to take more responsibility for their own security; he has emphasized the importance of burden-sharing which he feels currently isn’t taking place (the U.S. is bearing all the burden). While he is extremely unlikely to abrogate America’s treaties with allies in the region (although he might suggest so rhetorically), Trump’s avowed reluctance to spend down U.S. resources on overseas missions will mean that under his leadership, allies will be left to fend for themselves more. This is likely to work in China’s favour; while it might find a more assertive economic policy from the U.S., it will likely be permitted far more flexibility in security arenas (to the probable detriment of America’s traditional allies in the region).

Also positive, as seen from a Chinese perspective, will be Trump’s attitude to the TPP; as with other trade agreements, Trump has taken a non-traditionally republican stance, disavowing them as being a disaster, as currently negotiated, for the United States. He would either stop entirely or reopen the negotiations, starting with a far harder position, thus making a successful conclusion extremely unlikely during his tenure. China’s RCEP proposal instead will likely gain traction.

Finally, a further area of continued collaboration between the U.S. and China would be with regards to North Korea. While recent American presidents have worked with their Chinese counterparts and with the others in the Six-Party talks for many years, Trump’s avowed willingness to talk with Kim Jong-un would support the Chinese position promoting a direct U.S.-North Korea link.

The Perspective from China

While comparing these two policy options might suggest that Donald Trump’s policy would be better for China than Hillary Clinton’s, that conclusion is not necessarily correct. Clinton’s is predictable and she will find ways through traditional diplomacy to work with China. This is likely to lead to opportunities, particularly as Clinton prioritizes Asian engagement.

A Trump presidency would ostensibly have a number of advantages for China. On issues such as North Korea, Trump’s position is far more flexible. And his Asia policy may facilitate more space for China to act in the security arena and in particular with regards to territorial claims. However, his policy is also far less predictable. The difficulty that China will have in establishing clear redlines, particularly in economic engagement, will mean that they will have to create a wider buffer zone if they wish to avoid conflict with the U.S. If they unintentionally cross a line, the U.S. is likely to respond aggressively. The cost of which will be uncertain but potentially grave.

While the situation for China is uncertain, that for America’s Asian allies is far clearer. They are likely to largely be left to fend for themselves under a Trump presidency, while under Clinton, not only will Asia continue to be a priority, but they will likely find even more support than they have under President Obama. Clinton’s long-standing and strong relationships with many Asian powers will stand them in good stead. (Many, not least India, remember her husband’s presidency with great fondness.)

Following in Obama’s footsteps, Clinton is likely to continue building deeper relationships with many of America’s traditional allies, including Japan, South Korea and Australia, as well as exploring broader links with other powers from Indonesia to the Philippines. This will play out militarily with the U.S. continuing to maintain resources in the region, but under a president who is more willing to consider their use. It will likely also play out in economic and diplomatic terms.

The implications also play out beyond Asia’s shores. A policy towards China that is focused on economic engagement would align with most European policies that prioritize commercial engagement over strategic concerns, albeit in so doing, increasing competition. However, the unpredictability of Trump’s engagement, and the possibility that it could lead to heightened tensions, is likely to concern Europeans more. They have long relied on the U.S. to ensure stability in Asia and without this reassurance, European equities in the region are more uncertain and the possibility that Europe would need to exert resources to support stability rise.

Many Middle Eastern states also rely on American power to ensure stability in Asia (and vice versa). This becomes increasingly important as oil-exporting countries send more resources to the region (as demand there increases and that in the U.S. slows). A less engaged and more unpredictable America is unlikely to be good for trade.

This is a very important election for Asia. While rhetoric in elections is often extreme, emphasizing the differences between the candidates, this year there is reason to believe that the rhetorical divergences between Clinton and Trump could represent very real differences in policy towards Asia and China, with experience sitting firmly in Clinton’s camp (many mainstream republican Asia watchers have disavowed Trump)[2].

The U.S.-China relationship is probably the most important one that the next president will need to manage. While China has at times been frustrated by President Obama’s policy there have also been real areas of progress together, not least in the environmental space. They can expect the same under a President Clinton.

If China plays smartly in the economic space then the opportunities in a Trump presidency could be great and could allow for more leeway in other areas, such as in security. However, if they unintentionally antagonize the United States, then the future is far more uncertain, with potentially significant consequences for all. Adding an additional element of unpredictability to China’s already uncertain economy, would not be good for the country or President Xi Jinping.